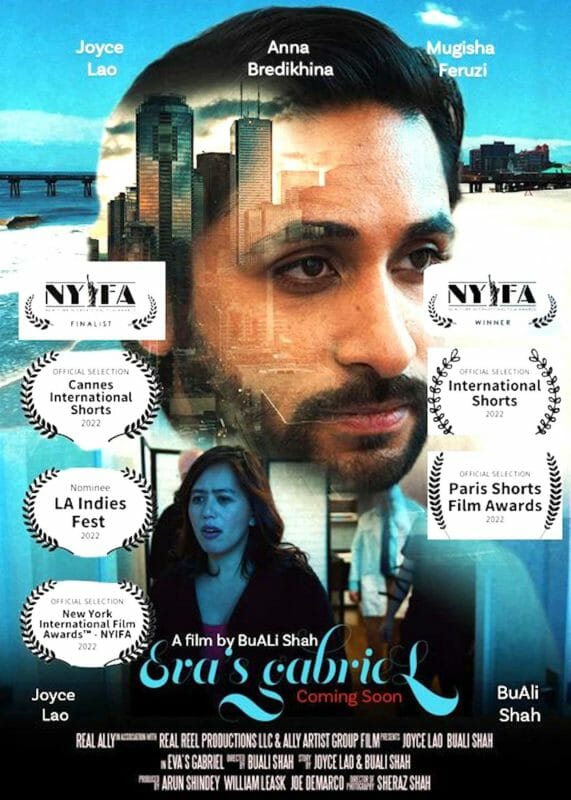 Eva’s Gabriel, a short dramatic film starring Joyce Lao, an Igorot from the Ibaloi tribe in Baguio, has won multiple awards in the film festival circuit this year.

Eva, played by Joyce, is a woman in her 30s who is arrested for protesting and put under house arrest in an apartment controlled by the government. She eventually accepts her fate and earnestly waits for the day of her release when she unexpectedly develops a relationship with a fellow prisoner next door, Gabriel, played by Buali Shah. Although they have not seen each other, the relationship grows from their conversations through Eva’s bedroom wall.

Lao wrote the film amid the lockdown when Covid was spreading around the country, before the Black Lives Matter marches and during the Stop Asian hate campaign. She was quite shocked to see the film details she wrote happening in real life, while she, producing partner Buali Shah and their team were planning the production.

Lao and Shah, Filipino and Pakistani Americans respectively, have been friends and colleagues for about eight years and have been producing films for a while. They could not see enough Asian American representation in film, TV and media. When the pandemic hit, they decided to do a project together in the hope that both communities will get noticed. 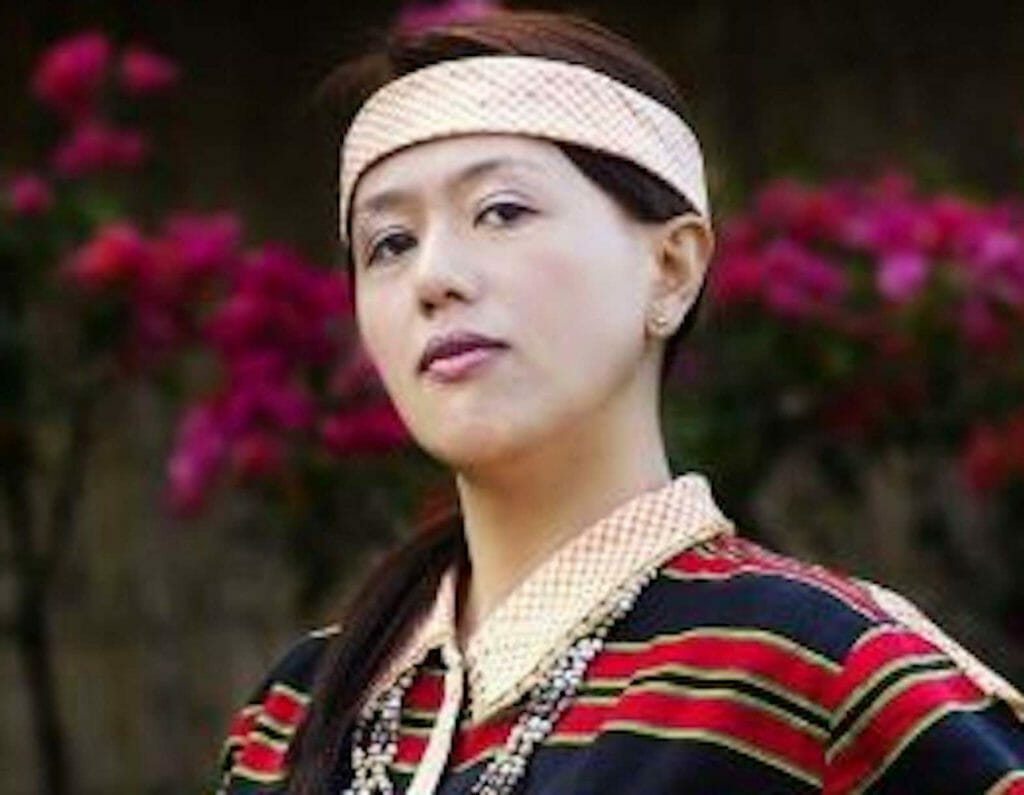 Lao’s legal name is Joyce Laoagan. She is Indigenous-Filipino American, an Igorot from the Ibaloi tribe, born and raised in Baguio City and Benguet, Philippines. Early in her career in New York City, she would audition using her legal name and never got far despite her experience as a performer. She used the American-sounding Logan as her last name upon the suggestion of a music producer. She finally decided to adopt the stage name Lao, which is easy to remember and is a shorter version of her legal name.

Growing up, Joyce experienced discrimination even in her own home city because she is indigenous. “This drove me to be ambitious and strive for more in life,” she said. “I chose to be in the arts because it is where my interest lies and there are very limited indigenous faces in the industry.”

Art is not a career that is encouraged in her traditional family. She was initially considering becoming a lawyer or a medical doctor but then decided to take her master’s in Music. She became a dancer and a musician and recently graduated with her second MA in Arts Administration from Baruch College.

Her interest in acting and production started when she competed at a talent contest in the U.S. some  10 years ago. Even though she had an agent, she noticed that most of the casting calls were for non-Asians, or if they were for Asians, the roles were mostly for East Asian actors who could speak either Chinese or Japanese.

As a Filipino, she was advised to get rid of her slight accent to sound totally American, or learn Spanish and audition for Latina roles.

“I thought it was interesting that they wanted me to sound totally American. Although I initially went to this ridiculously expensive accent reduction coach, I reflected on what the casting directors told me, and I decided to pursue the entertainment industry as myself. I did not want to take away opportunities from the Latin-speaking actors. So, I just wrote and produced my own thing.”

“Even though this film is not focused on my Igorot and Filipino identity, I and my producing partner, Buali who is a Pakistani-American, showed that we could also play characters and roles that were not culture-centric. We can also play and write roles that are typically played by white and other BIPOC actors,” she added.

The film also stars Anna Bredikhina, Mugisha Feruzzi and Sonny Chatrath. It is produced by Real Ally Productions, a collaborative project between Real Reel Productions and the Ally Artists Group.