World chess champion Magnus Carlsen said on Monday he believed Hans Niemann had “cheated more – and more recently – than he has publicly admitted,” adding he no longer wanted to play against the American and any rivals who repeatedly cheated in the past.

The 31-year-old Norwegian resigned at the Julius Baer Generation Cup last week after one move against Niemann, who lags him by almost 200 Elo points – the rating system used to calculate the relative skill levels of players.

“So far, I have only been able to speak with my actions, and those actions have stated clearly that I am not willing to play chess with Niemann,” Carlsen said in a statement on Twitter.

Carlsen, world champion since 2013, also withdrew from the Sinquefield Cup in St Louis, Missouri, earlier this month after unexpectedly losing to the 19-year-old, sparking a furor of comments and allegations that Niemann had cheated.

Niemann has denied any wrongdoing in over-the-board games. “When Niemann was invited last minute to the 2022 Sinquefield Cup, I strongly considered withdrawing prior to the event. I ultimately chose to play,” Carlsen said. 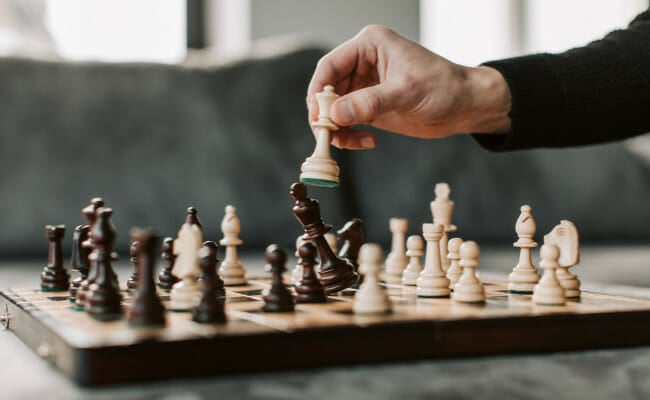 Niemann has previously been banned from chess.com for cheating online after admitting he had not played fairly in non-competitive games on the website in his youth. “I believe that Niemann has cheated more – and more recently – than he has publicly admitted,” Carlsen said on Monday.

“His over-the-board progress has been unusual, and throughout our game, in the Sinquefield Cup, I had the impression that he wasn’t tense or even fully concentrating on the game in critical positions while outplaying me as black in a way I think only a handful of players can do.”

Niemann was not immediately available to comment. “I have never cheated in an over-the-board game. If they want me to strip fully naked, I will do it. I don’t care. Because I know I am clean,” he said recently.

“Chess organizers and all those who care about the sanctity of the game we love should seriously consider increasing security measures and methods of cheat detection for over-the-board chess,” Carlsen added.

“We must do something about cheating, and for my part going forward, I don’t want to play against people that have repeatedly cheated in the past because I don’t know what they are capable of doing in the future.”