The trash heap of history

The trash heap of history 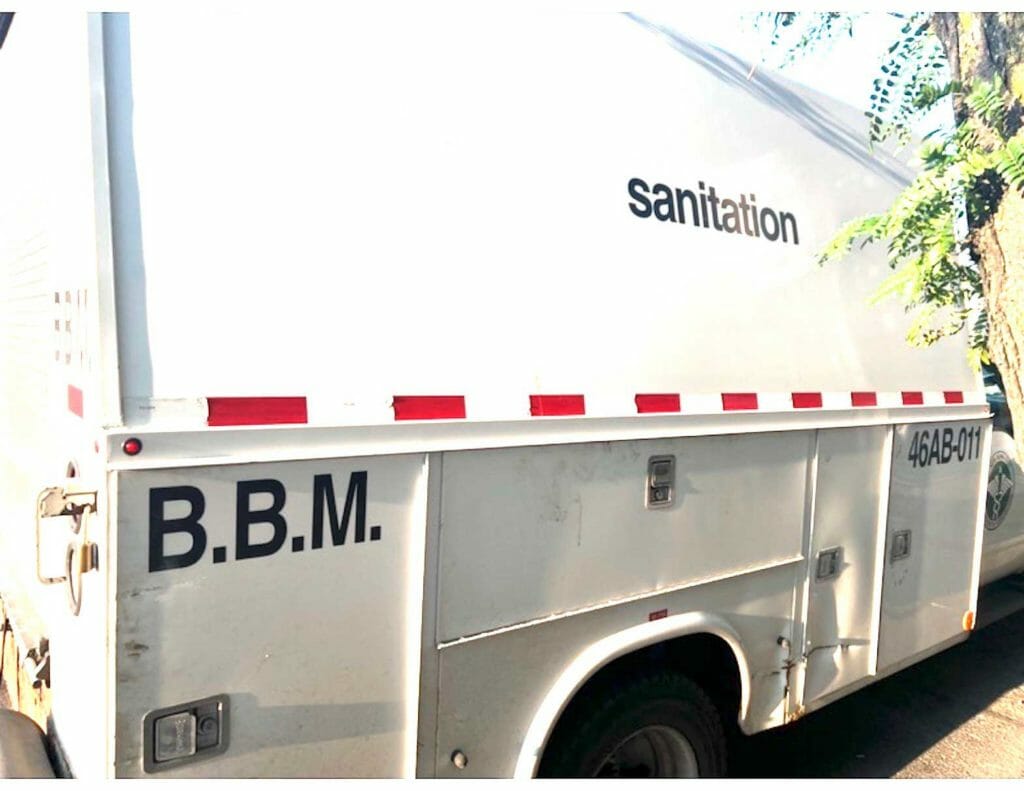 Note: A good friend took a photo of this New York City sanitation truck, with the initials BBM—the perfect vehicle to deliver him and his promise of renewing his father’s “golden age” to the trash heap of history.(Photo by Ged Merino)

NEW YORK—It’s a sad and deplorable, not to mention Depressing (with a capital D)-as-hell fact that the Republic of the Philippines’ current leaders are BongBong Marcos as president and Sara Duterte as vice-president—progeny of notorious heads of state. His recently concluded visit to the United Nations to attend the annual General Assembly raised questions as to what we might expect from their administration.

Some friends, whose politics I respect, have argued that they should be given a chance to steer the ship of state away from where it is now, floundering, in seas of iniquity and inequity and ongoing and systematic human rights abuses, with a fog of disinformation conveniently obscuring that dark period of martial law, when the conjugal dictatorship held unprincipled and demonic sway over a nation. Debt and deaths were then and are now the nation’s lot.

Who can possibly object to the country’s fortunes being improved, with the impoverished masses lifted out of poverty, constitutional rights once again respected, and peaceful dissent taking place unfettered?

Are Marcos the Younger—who famously and falsely claimed to have a degree from Oxford—and Duterte Redux the anointed ones, capable of leading us to the promised land, of selfless service to the nation, to be, in short, genuine Servant Leaders?

If character is destiny, then one can only utter a crisp, No. The nation is thus in for a long and painful ride these next six years.

While one should not blame the children for their parents’ sins, what are we to make of the fact that during his campaign for the presidency, BBM characterized and continues to characterize martial law and the two decades of his father’s rule as a “golden age”? He has promised to continue his father’s work. On the occasion of his dad’s birthday on September 11—9/11, a disaster here and a disaster there—he declared a holiday for the Marcoses’ bailiwick, the Ilocos region, and once again lauded his dictator-father’s accomplishments.

If this be the foundation of his six-year rule, it would be naïve and irresponsible for us to be neutral even if only temporarily. What however would signal us to a different, more welcoming stance?

He can begin very simply by paying the government P203 billion in estate taxes that has been outstanding for at least two decades.

He can apologize to the nation for all the devastation martial law wrought, in terms not only of economic plunder that enriched his family and the families of their cronies but also of so many lives lost and countless individuals tortured.

He can return the monies looted from the country, and thus significantly reduce its foreign debt.

He can order the military and the police to stop the toxic and often deadly practice of red tagging, where peaceful activists are branded as “Communist,” placing a target squarely on their backs.

He can release Senator Leila de Lima, from her nearly six-year incarceration at a military prison on bogus charges, and for that matter all political prisoners.

He can replace Sara Duterte as Education Minister, who has taken steps towards a revisionist curriculum that will whitewash one of the darkest periods in the nation’s history.

Unless a miraculous conversion takes place, these moves towards a more just and equitable society will never happen under BBM’s watch. Might the Asia Society then have been engaged in a bit of magical thinking, when it invited him on a Friday afternoon to their tony edifice on Park Avenue, to give a talk and engage in conversation with the Society’s president, Kevin Rudd? Did the Society expect BBM to metaphorically don a hair shirt, beat his chest, and utter loud cries of mea culpa and ask for a nation’s forgiveness?

For so many of us in the Asian and Asian American community, the Asia Society’s invitation was an act of betrayal, a shameless genuflection to the man who has expressly stated his intent to carry on his dictator father’s work. Like a lot of my artist and writer friends, I had given readings at the Society, participated in fora, launched an anthology, and even curated a film program. This was why I joined the protest, organized by several activist groups, right in front of the Society’s entrance that afternoon, to join in expressions of disgust and unabashed condemnation. And a commitment to boycott the Society.

But perhaps one shouldn’t be surprised at Asia Society’s egregious invitation, when one realizes it was founded in 1956 by John D. Rockefeller 3rd, at the height of the Cold War, to better understand Asia—a cultural tool in service of hard power. In a very real sense, the Cold War hasn’t ended, it was merely paused, and with the current geopolitical alignments comes its revival, so relationships are renewed with governments that have unsavory records particularly when it comes to  human rights, as long as these align with the US’s own strategic interests. And so Joe Biden met with BBM, declaring that the relationship between the two countries is rooted in democracy. Joe, you’re a good man but you need to read up on the 1899 Philippine-American War, and the illegal and immoral grab of a fledgling nation that had just declared its independence.

As for the Asia Society, when push comes to shove, its attitude is perfectly clear: What is a few thousand desaparecidos between friends.

Note: A good friend took a photo of this New York City sanitation truck, with the initials BBM—the perfect vehicle to deliver him and his promise of renewing his father’s “golden age” to the trash heap of history.