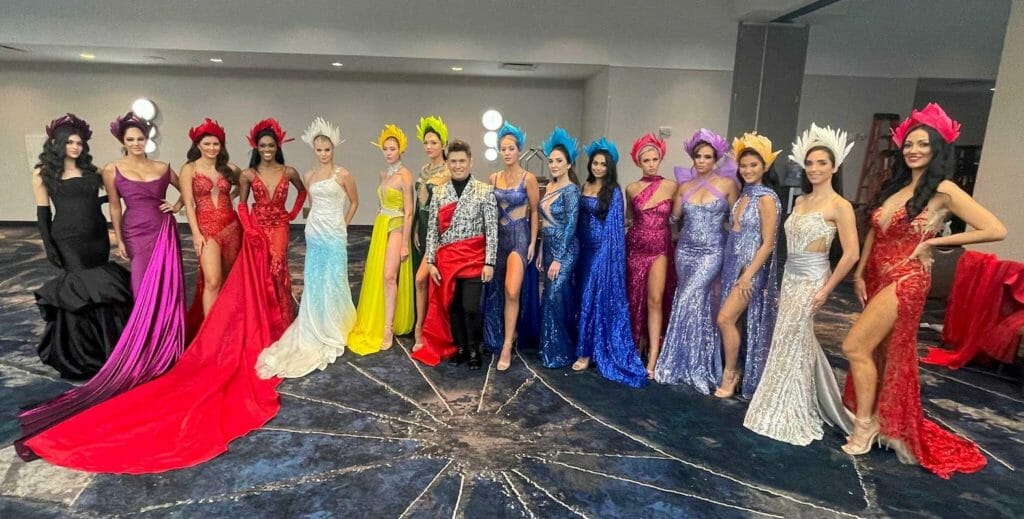 Filipino designer Boogie Musni Rivera filled the catwalk with  his swan-inspired headdresses and evening gowns fit for beauty queens. His models are current and past title holders of the VIP Pageantry, including his muse Miss Universe El Salvador and Mrs. America 2022 (second and first from right, top photo). 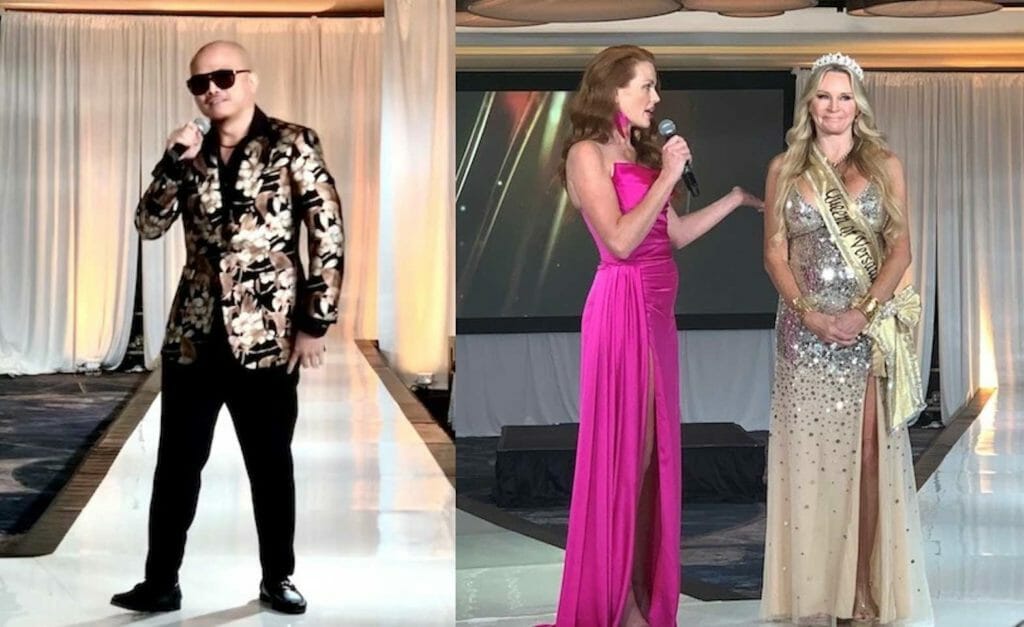 Philippine hip-hop artist Roro Yone spun his popular beats during the opening of the evening Charity Gala, followed by introduction of beauty title holders who walked the ramp. Special award for the 2022 VIP My Purpose Award was given to highly acclaimed reality actress The Queen of Versailles herself, Jacqueline Siegel, who cited the producers for uniting various pageant winners under one roof.  A YouTube capture of the event is shown here: https://youtu.be/BChXr_BSUzM

Hosts Dani Walker, Miss Montana USA 2018, and Lindsey Coffey, Miss Earth 2020, talked about the National Suicide Prevention hotline #988 established by federal law to encourage mental and drug abuse cases to get help and avoid suicide. An interpretive jazzy dance was presented by a group #danceforsuicideprevention also captured on YouTube, evoking rhythmic moves that clearly sent a message for those who might need help. 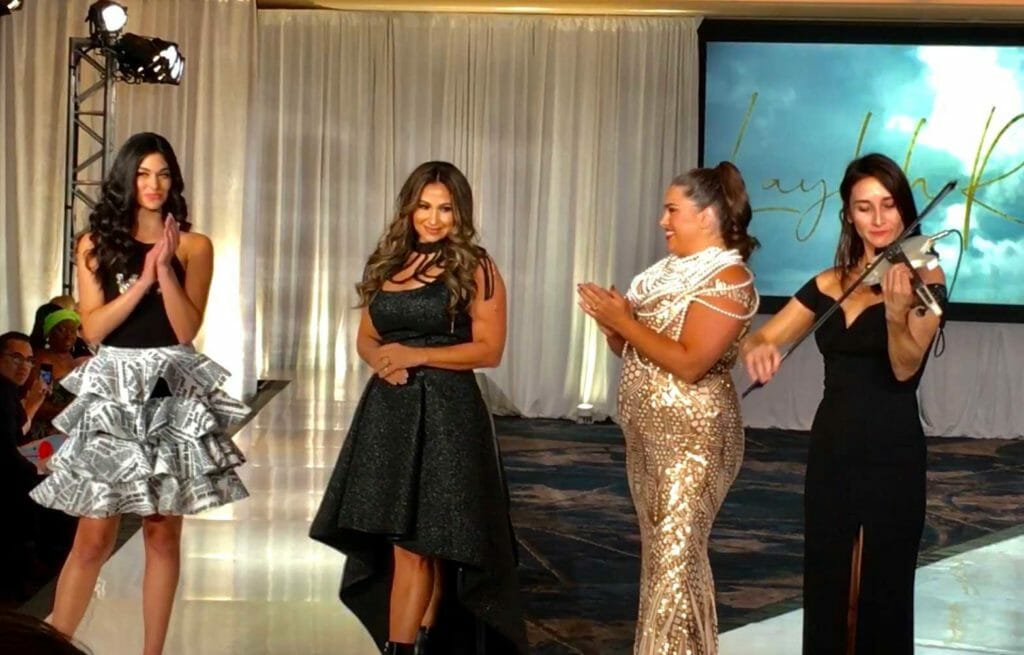 Producer of the show, Layla Rose, presented an unforgettable collection fit for all shapes and sizes, proof that glamor is not limited to skinny, tall models. Her daughter, Maliyah, donned a newspaper cut-out she created for the show, accompanied by violin music so apt for the elegance of the night’s VIP fashion for a cause. More than 100 beauty queens from different states, from the youngest to Mrs. Senior America were invited to walk as models.

Co-producer Holly Lynch thanked all the international pageant title holders for their participation to this annual event. Bessie Besana, whose premiere launch last year was held in the same venue, this year directed the catwalk as “Pasarela” mentor.