NEW YORK — Along with the rise of right-wing populism in both Manila and Washington, D.C., has been the ascendance to power of ideologues whose ideology seems to be that of idiocy.

“I stink, therefore I am!” is their unofficial and unabashed cri de coeur. And they do, they do.

Hence, on the Trumpian side, many of those appointed to head federal agencies either have no experience or any clue about the department he or she heads, the prime example being Betsy DeVos, the Secretary of Education, a wealthy individual who hasn’t the foggiest notion of public education. She admitted on television that she hadn’t visited underperforming public schools in Michigan, her home state. This is the same person who advocated for guns in schools just in case some education-hungry grizzly bears showed up. 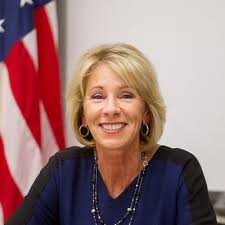 And how does the punitive firing of a career senior FBI officer two days before his retirement with its financial benefits (now denied him) help build the case that the Orange Man is innocent of any collusion with his comrade Vladimir Putin? As the Republican Congressman Trey Gowdy (who isn’t seeking reelection, by the way) put it, if you’re innocent, act it.

Many examples abound on President Rodrigo Roa Duterte’s side as well, the prime one to my mind being Secretary of Justice Vitaliano Aguirre II, who has been known to spread fake news. The man’s notion of an impartial weighing of the scales is as genuine as that patch of hair on his scalp. The man wouldn’t know the bald truth if it hit him in the face.

This whole issue of idiocy was raised when Du30 accused the Hague-based International Criminal Court of being made up of “white idiots.” I’m sure he didn’t mean to include his putative orange-haired white compadre in the White House, but clearly this is a grouping the latter belongs to. Like Groucho Marx, however, the Donald will likely not wish to be part of any club that would have him as a member. Or only if he can be Numero Uno and fire anyone he deems too bright for the group. Come to think of it, he’s actually done that, e.g., get rid of a Secretary of State who once upon a time called his boss a “moron” or a “f***ing moron,” depending on which source you rely on. 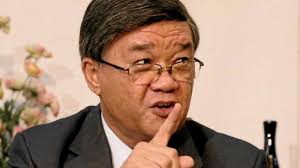 That Du30 uses the racial qualifier “white” is instructive as well, implying of course that there are nonwhite idiots, a great number of whom serve in his Cabinet, as well as those who warm the plush seats of Congress, whether in the House of Representatives or the Senate. No greater manifestation of canine devotion to Du30 can be found outside the august halls of Congress. The Du30 devotees (and their trolls) bark and snap and worse at all those citizens, who have the quaint notion that the country’s interests come first before their would-be emperor.

Du30 has urged other countries to withdraw from the ICC, describing it as a “rude organization.” The president of course is as impeccably polite and well-behaved as a choirboy; no doubt he can say of his numerous verbal indiscretions that the “devil made me do it.” That or the painkiller he is reported to take on a regular basis. Or both.

It must be absolutely clear by now to anyone following the political antics in both the U.S. and Philippines presidential houses that these two men are brothers under the skin. Presidents RRD (Ridiculously Retrogressive Desires?) and DT (Delirium Tremens?) pray at the same altar of Narcissus, cozy up to dictators, believe firmly that the truth is negotiable, and that anyone who insists on following the rule of law is a traitor and a scumbag, to be fired or jailed.

All this is nectar to members of the Society of Flat-Earth Believers, who swoon in delight whenever either man pontificates. Eat the crap that these two leaders put out? Of course! No sacrifice is too great!

I would be doing them an injustice should I fail to acknowledge that there is something noble about Flat-Earth Believers. They bear willingly the slings and arrows of outrageous fortune and loudly proclaim to the world their martyrdom, that they have allowed the gods to render them crazy so that by flaming out, these two men may continue to be reborn from their ashes.