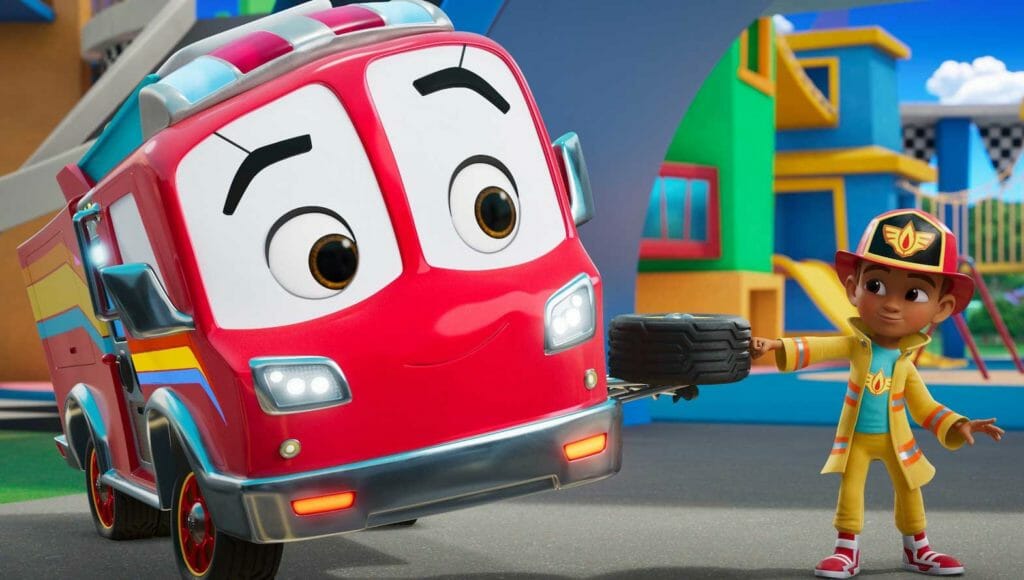 Bo Bayani and his firetruck Flash go on adventures in Disney Junior’s “Firebuds,” which has Filipino American Julius Aguimatang as one of its directors. DISNEY JUNIOR

Bo and his friends, all children of first responders, always team up with their vehicle sidekicks to help others in their community with problems big and small. The music-filled series follows their adventures as they learn the importance of teamwork, volunteerism and what it truly means to be a hero. 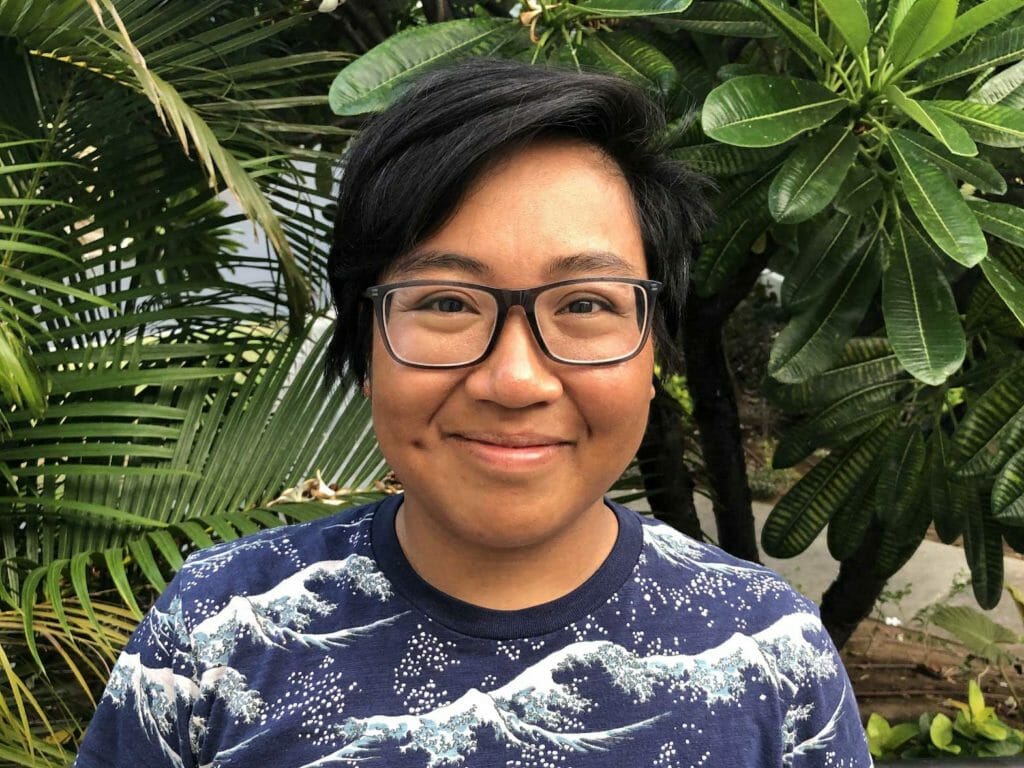 On Twitter, Lou Diamond Phillips wrote, “So thrilled to be part of this exciting new series! So innovative, creative and fun … I’m excited to say that Chief Bill is Filipino as well as being a first-responder!”

In the show itself, “in addition to Bo and Chief Bill, we have Lolo Ben, who was also a Fire Chief before he retired. There’s also Bo’s Lola Belen,” adds Banzon.

“And of course, in our magical world of talking vehicles, we have Jipney, the fabulous and cheerful jeepney who helps transport Bo’s large extended family. Of course, Jipney comes complete with his own disco ball and karaoke machine!”

Banzon was brought on to be part of the show by Emmy Award-winning creator and executive producer Craig Gerber (Disney’s “Elena of Avalor” and “Sofia the First”). “When he told me that the main character in the show is Filipino, I was so excited! As a staff writer, I am part of the team that develops and writes stories for the show.”

“As a mother, I had been looking for children’s content that represented our family and culture. To have the opportunity to help make that happen for my kids and other kids of color out there, I knew I wanted to be a part of the show!”

Born in Los Angeles, Banzon’s previous work involved theater directing and dramaturgy in New York. She was also previously connected with NBC Universal, was a cofounder of production company Ekweytor MC and was a founding board member of theater nonprofit Art2Action.

Banzon was able to draw from her own experiences for the show’s initial batch of episodes. “I used a lot of examples from my life growing up as Filipina American in the stories we tell involving Bo, Bill and the Bayani family.”

“We have a moment where Bo greets his lolo with a ‘mano po.’ I remember learning that gesture as a sign of respect for my elders as a child.”

One memory she recalls fondly provided a cultural reference for an upcoming Christmas episode. “We have Bo and Bill making a parol together, which is something I used to do when I was little. I remember my lolo tying sticks and twine together to make one for me as kid.”

“There is a deep intergenerational relationship between Bo, his dad and his lolo, which is so deeply Filipino, in my opinion,” Banzon observes. She points to her own family’s bonds, “I grew up with my lolo and lola living with us. My children are lucky enough to have the love of their grandparents and a great-grandparent!”

“The Bayanis are a big family! We portray their gatherings just like the family gatherings I have in my life, full of food, joy and family.”

Banzon believes that “Firebuds” is one way to “pass on culture, traditions, and values.”

“In ‘Firebuds,’ we have Bo learning how to be a community helper and his best self, from the wisdom and examples of his dad and Lolo. 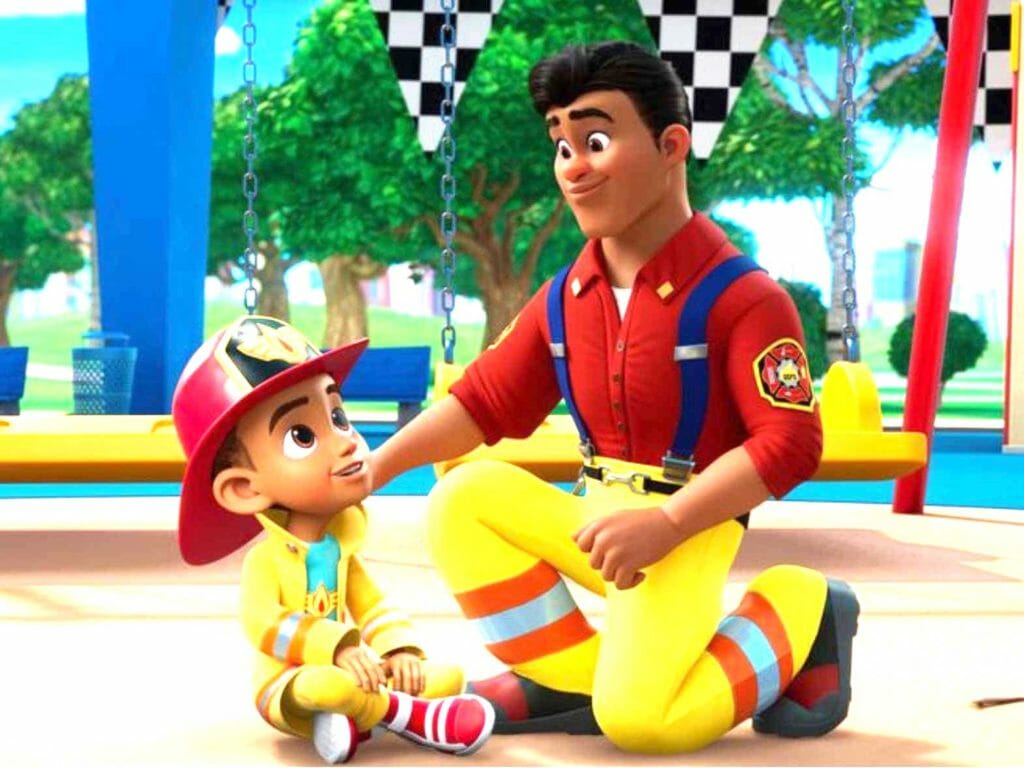 “It’s a special opportunity working with a show in its first season because you get a hand in formulating the voice, personalities, and spirit of these characters from the very beginning. It’s particularly fulfilling when a show represents your culture, and works hard to be inclusive and representative of the world we live in.

“I think that in kids programming, there is a big, beautiful responsibility to show kids the magnificent diversity of the world. I feel lucky and honored to be a part of bringing the Bayani family and the whole ‘Firebuds’ world to life!”

Bo and Flash are included in the upcoming “Disney Junior Live on Tour: Costume Palooza,” which is scheduled to have shows in more than 80 North American cities this year.

Scheduled for release next year are a digital soundtrack from Walt Disney Records, storybooks from Disney Publishing, and a toy line featuring vehicles, figures, playsets and other items.