Male Birth Control: What You Need to Know

Male Birth Control: What You Need to Know 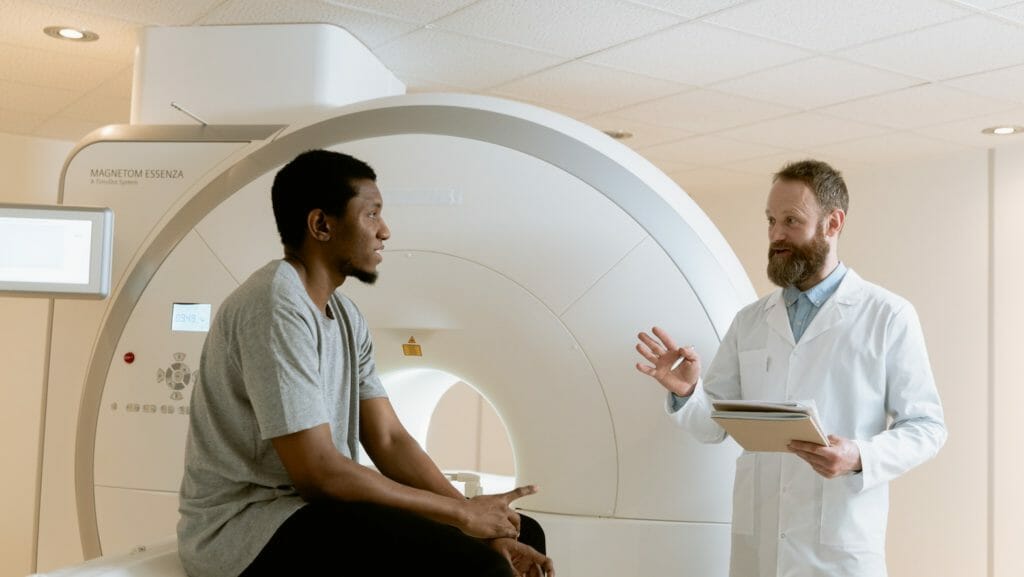 Various circumstances have renewed interest in male contraceptives, from Roe v. Wade to current economic factors. You might be one of these folks searching for male birth control options, and you happen to stumble upon this article.

Most websites will show choices like family planning and vasectomies. However, you should know the newest options, such as the male birth control pill. This knowledge can help you make the right choices.

We will start by discussing the current male birth control options available. Also, the article has pros and cons and why more people look for these procedures: 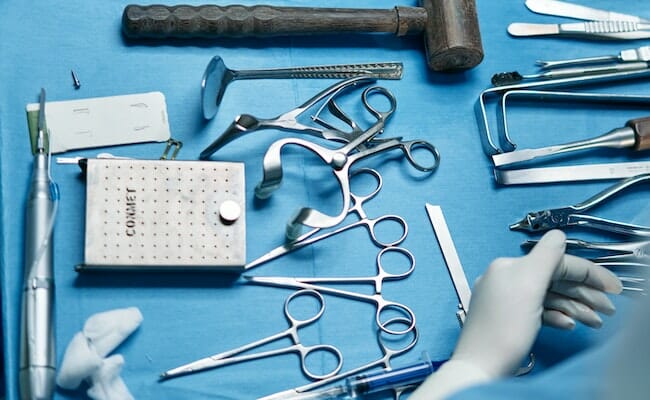 The recent Roe v. Wade decision prompted many to consider a vasectomy. It is the only permanent male birth control method, depending on the type of procedure.

A conventional vasectomy involves minuscule cuts in the scrotum to reach the vas deference tube. Then, the physician removes a small piece of that tube to leave a gap between the two ends.

The medical professional may tie the tubes together or place a tissue between them. Finally, the doctor may suture them together with dissolvable stitches or let them heal naturally.

On the other hand, a no-scalpel vasectomy involves no incisions. Instead, the urologist holds the vas deferens tube with a clamp. The doctor then makes a small hole in the scrotum.

This step allows the medical expert can cut or tie them. Finally, the doctor puts the vas deferens tube back in place. People receive general anesthesia throughout the procedure, most of whom may return home immediately.

You should listen to your doctor about the best course of action. Vasectomy is one of the most popular male birth control methods because it has a success rate.

According to PubMed Central, the chance of success is higher than 99%. Moreover, it could be the ideal option for people who do not want children. Vasectomies do not impact sexual activity either.

Note that a vasectomy may prevent you from starting a family in the future. It does not always guarantee the option to reverse the procedure later.

Undoing a vasectomy can be highly expensive. You may have to pay $6,000 to $25,000 for the procedure, and your health insurance might not cover the bills.

It may not prevent pregnancy if you do not confirm that your sperm production has ceased. Also, a vasectomy does not protect against sexually transmitted infections.

This next entry is another term for using condoms. They come in various colors, sizes, and shapes. Also, some include a lubricant that eliminates sperm.

Most condoms contain latex, but some people may be allergic to them. You should be careful when buying them at your local convenience store or supermarket.

Confirm that your partner does not have a risk of latex allergies. Fortunately, you may buy some made of other materials like polyisoprene or polyurethane.

They typically work 85% of the time if you use them properly. Barrier methods can protect against sexually transmitted diseases like syphilis and HIV. Moreover, you can easily find them at nearby stores and buy them at affordable prices.

Condoms are not foolproof, though, especially if you leave them exposed to heat and light for extended periods. These conditions would dry that barrier, increasing the risk of tearing it during use.

The lubricant could inhibit sperm production and increase the risk of urinary tract infections. Again, be careful when selecting male birth control methods.

This article mentioned spermicides found in barrier methods. Also, you may apply a spermicide to the vagina before intercourse. Contrary to popular belief, it does not intend to kill sperm.

According to Planned Parenthood, this contraceptive method works in two ways. First, it prevents sperm from entering the cervix and your partner’s egg cell. Second, it stops sperm from moving and reaching the cell.

You may use the chemical by itself or with other male birth control methods. Spermicide has the added benefit of preventing STIs, but you must use it with a cervical cap or diaphragm to work.

It comes in different forms like gels, foams, and creams, but they serve the same purpose. According to Planned Parenthood, you may purchase one without a prescription.

The reproductive health center also stated that a spermicide might cost up to $270 or $0. It has an effectivity rate of roughly 72% to 86%, but it plummets if you use it on its own.

You may increase the costs if you use other male contraceptive methods with spermicide. Consider the benefits and risks in choosing options.

This next option is like the barrier method because it has a more straightforward term: pulling out. Withdrawal refers to removing the penis from the vagina before it ejaculates.

A study from the Guttmacher Institute suggests that correct implementation has an effectiveness of roughly 96%. Yet, the Office on Women’s Health says 22 out of 100 women who only use withdrawal get pregnant.

The ideal approach involves withdrawing before any ejaculation starts, not just at its start. Moreover, you will have to keep the sperm from contacting the vagina. It can be challenging to execute, and it does not keep STDs away. 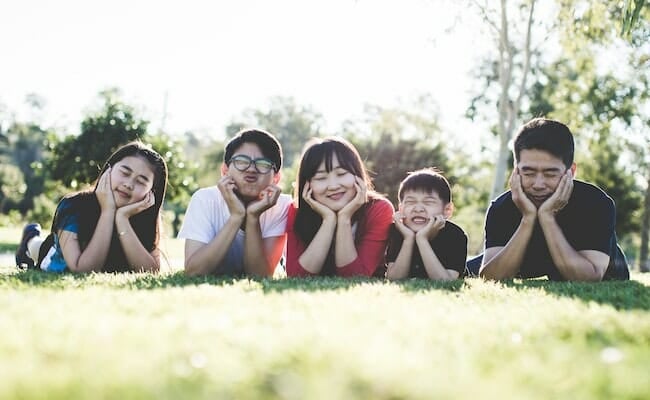 Another male contraceptive strategy involves tracking a female partner’s menstrual cycles. Then, the man could avoid intercourse during ovulation periods.

Men would need to coordinate with their female partners by charting menstrual cycles. They would have to learn more about the approach and agree on times when they must avoid sex.

According to the Centers For Disease Control (CDC), the failure rate ranges from 2% to 23% annually. Yet, the actual rate depends on the female partner’s menstruation cycles. It does not help both parties against STDs.

It reduces sperm count, making it 99% effective in preventing pregnancy in mice. More importantly, the birth control pill did not cause side effects.

Lead researcher Gunda Georg, Ph.D., said the next step is to acquire FDA approval for clinical trials. Also, there is another form of hormonal birth control called dimethandrolone undecanoate (DMAU).

University of Washington professor Stephanie Page said, “DMAU is a major step forward in the development of a once-daily ‘male pill. Many men say they would prefer a daily pill as a reversible contraceptive….” 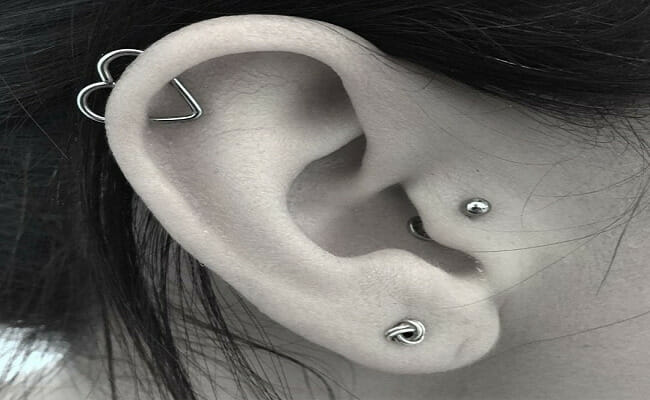 This next method enters the vas deferens to keep sperm from mixing with ejaculated semen. For example, the company Contraline created a vas-occlusive product called ADAM.

It is a hydrogel that does not affect sensation or ejaculation. Moreover, ADAM dissolves after a year, so it is not permanent. Meanwhile, Vasalgel is another vas-occlusive product from the US.

It enters the vas deferens via injection and damages sperm as it passes through. Also, contraceptive gels like NES/T are under development.

It is a combination of Nesterone and testosterone. The former is a progestin medication that lowers sperm count, while the latter prevents its side effects. The National Institutes of Health are funding its research that may finish by 2024.

Why did online searches for male contraceptives increase?

LATEST: The number of men requesting information on vasectomies appears to be increasing. Google searches for the procedure are skyrocketing after the U.S. Supreme Court overturned Roe v. Wade.https://t.co/gqlKWAe25W

They saw that the stigma regarding such procedures was lifting. Also, some states might ban birth control methods or make it harder for people to get them.

As a result, more of them looked for options on the internet. For example, online queries for “vasectomy near me” became common in Kentucky, Michigan, Indiana, Ohio, and Florida.

Meanwhile, the search volume for “is a vasectomy reversible” and “how much is a vasectomy” rose by 250%. As a result, Innerbody Research staff Madyson St. John concluded that “… the conversation about male birth control options is becoming more prevalent.”

Modern medicine has made contraceptive methods cheaper and safer. What’s more, it opened more options for male birth control. Yet, you and your partner should be careful about the potential risks.

For example, a man could still contract STDs with some methods. Meanwhile, women risk high blood pressure by using techniques with estrogen.

Consult your doctor regarding your overall health before taking any medications or procedures. Oregon urologist Dr. Ashley Winter says, “you should plan for it to be permanent.”

What can males do to avoid pregnancy?

Men could prevent pregnancies with condoms and family planning. Some choose more invasive methods like vasectomies, but you must think before you do.

What are the side effects of vasectomy?

You may feel mild pain or discomfort after a vasectomy. Unfortunately, some people experience more severe effects like blood in their semen.

Non-hormonal methods like family planning do not affect testosterone count. Pills and spermicides may reduce this hormone, so you should carefully consider your options.

15 Best Hard Candies In 2022
Most Expensive Cheeses in the World
Bathmate Hydropumps Review: A Natural Alternative to Pills
Washable Rugs: Easy Cleaning with Unmatched Style
Bathmate Hydromax Review: Why It’s the World’s Best Penis Pump
Best Hidden Wall Safe of 2022
Compostable Trash Bags: Living Sustainably, Successfully
Your subscription could not be saved. Please try again.
Your subscription has been successful.
DID YOU KNOW?
Kylie Jenner Ramen Recipe: Is It Good?
How to Store Raspberries Properly
How To Play Drunk Jenga: The Ultimate Guide
Best Food to Bring Camping
Popcorn Toppings that Are Perfect for Movie Night