Postcard from the Pines: Revisiting Baguio after 35 years

Postcard from the Pines: Revisiting Baguio after 35 years 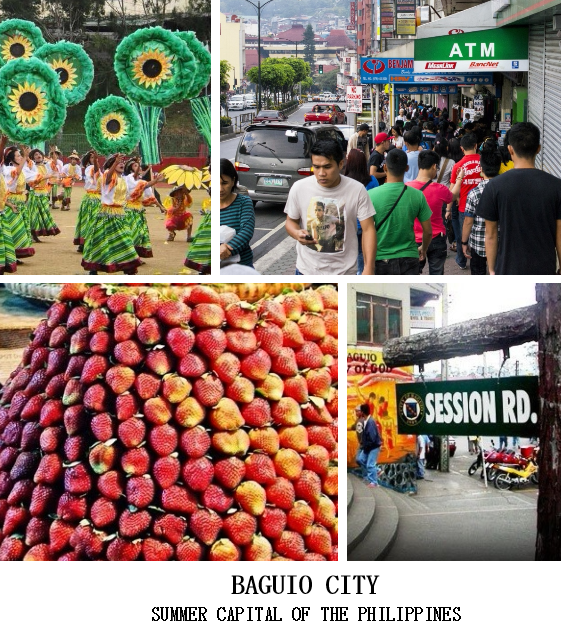 BAGUIO – It was past five in the morning when I found myself waiting at that ungodly hour for the first-class bus to Baguio. It had been 35 years since I last visited the city, zigzagging up Kennon Road on a Dagupan Bus that had its windows open as it swerved up the sliver of a street.

On a recent vacation, I hopped on a Victory Liner, still bleary-eyed to catch the first bus up to the City of Pines and away from the already traffic-choked roads of Manila.

First class on Victory meant a cubicle of a bathroom in the middle of the bus. A stewardess with matching cap and uniform, like they have on the airlines, welcomed us for the ride. An hour into the ride, the stewardess distributed our meal that morning – fish crackers, a small cake and a lukewarm bottle of water. Don’t think that even comes close to beating airline food.

The five-hour ride was uneventful. Since this was at the tail end of the Panagbenga flower festival, the bus terminal was jammed with tourists trying to find a ride home to Manila and the rest of the country.

Thirty-five summers ago, the city was refreshingly cool even at midday. We would sit with a hot chocolate drink on Session Road and watch cars and people roll by. Sweaters were necessary. At more than 5,000 feet up, Baguio was a much welcome break from humid Manila.

Over three decades ago, the population of the city was around 120,000. Today, the official count is at 320,000. In the metropolitan Baguio area, the number of people is estimated at nearly two million.

“There are just too many people in Baguio,” a fruit vendor in Burnham Park said.

The pine-scented air which greeted visitors to Baguio some 35 years ago is largely gone. You could get a whiff in parts like Mines View Park or the former U.S. recreation facility John Hay.

But with temperatures now hovering in mid-70s to mid-80s Fahrenheit, a smog seemed to hang over the city. It was still pleasantly warm and dry compared with humid Manila. “It still gets cool at night,” one market stall owner said. “That is the only time we wear our sweaters.”

I took a cab to Mines View Park, an overlook promontory which offers a breathtaking view of the Amburayan Valley and the mining town of Itogon. Benguet Corporation used to run a gold and copper mining operation there, but the mine had been abandoned.

One goes down to the observation deck on a stone covered stairway. I sat on a steel bench to watch the scenery. One could still feel the chilly air here when a breeze would sweep the observatory.

A few hundred meters away is the Good Shepherd Convent where one can line up to buy jams, cookies and Ifugao coffee. The popularity of its goodies forced Good Shepherd to impose a two-bottle limit on jams, the cookies or the coffee.

“What others do is to send say five relatives to buy the jams,” a woman retail owner explained in how to get around the rule.

A few days later, I was on the road back to Manila. The first-class breakfast on Victory was five small round chocolates, again a small cake and a bottle of water.

Maybe it was too much to expect that Baguio would remain Baguio. But I sure missed the city of 35 years ago.