Best Dutch Bros. Secret Menu Drinks You Have to Try I Lifestyle

Best Dutch Bros. Secret Menu Drinks You Have to Try

Your daily work routine is bound to get boring at some point. A cup of Dutch Bros. might be all you need to brighten your day and fuel your spirit.

Founded in 1992 by true brothers – Dane and Travis Boersma –  the popular drive-through coffee chain is a product of the American dream. What emanated as a trial and error coffee cart in downtown Grants Pass has spread like wildfire far east. 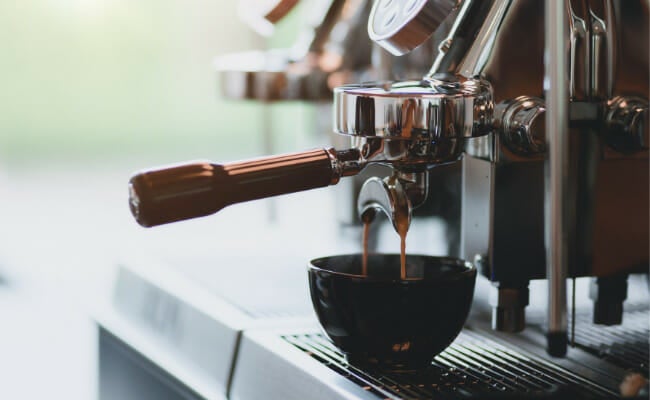 Here, we will only discuss our favorite Dutch Bros drinks, and we have no doubts you will love them.

One of the oldest drinks in The States is the ice cream shake. The Ninja drink is the Dutch Bros version of the classic sweet beverage.

Let’s say you’re at a Dutch Bros coffee stand and are not interested in trying out new stuff; this drink is the perfect option. 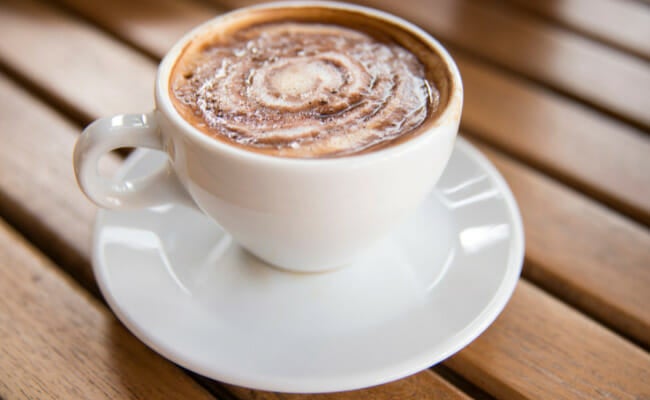 Toasted Mellow Mocha is a campfire classic. For starters, when the term “toasted” precedes any Dutch Bros drink name, it means the cold beer has been steamed. Toasting gives the cold brew a creamy clear fuzz.

This drink contains vanilla chocolate milk and chocolate macadamia nut syrups. Unlike the coconut LaCroix, the toasted mellow mocha lacks the Torani marshmallow syrup — a syrup that comes with the typical beverage flavor. That’s why I prefer this tasty drink to the Torani alternative.

Are you looking for the perfect beach drink? Search no more. The combination of the delicious Ray of Sunshine, salad, and sandwich is all you need to have a  good time while enjoying the coastal view. The drink consists of blackberry, peach, and grapefruit syrups.

Although this drink is not as popular as most other items on our list, it sure deserves to climb up the ladder of the top-featured Dutch Bros drinks. We stumbled on the secret offering at a Dutch Bros franchise in Prescott, Arizona. 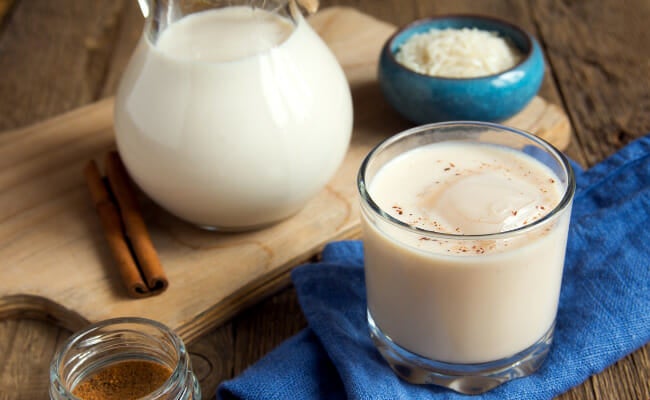 Horchata Chai is a middle child between the Spanish Orxata or Nigerian Kunnu Aya and the Oregon Chai beverage.

If you are someone who is not heavy on caffeinated drinks but want to accompany your friends to the coffee shop without looking weird, Horchata Chai is the drink for you.

Unlike other drinks in this guide, You can take Horchata Chai hot or cold. It will taste great either way.

Both drinks inspire freedom and the ‘summer spirit.’ While they look alike, the recipes for both drinks are not the same. The Double Rainbro Rebel comprises peach, strawberry, and coconut syrups.

Peach syrup is the common ingredient between the Double Rainbro version and the Ray of Sunshine drink. If you love the former, you might want to try out the latter. 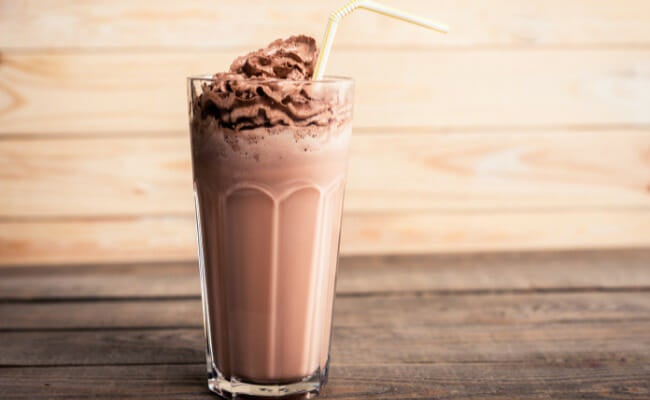 Every Dutch Brothersdrink captivates you aesthetically, even before getting the chance to taste it. The Dutch Canyon has an aesthetic appeal and tastes great, also.

The Dutch Canyon bribes your tongue with the classic mocha flavor as if the nutty vibe isn’t enough.

Fear not; the Tiger’s Blood Lemonade has no trace of real tiger blood. The famous Tiger King film inspired the drink.

You can either order the iced or blended versions. Both of which taste great. The White Zombie Breve is the undefeated king of the fall. The fall-inspired drink contains white chocolate and vanilla breve.

You can find it under the Dutch cocoa, Dutch Frost, and Dutch Freeze categories.

It’s another morning like the others, but the day feels stressful even before getting in the tub.

You know you need an extra turbo or drive to see the day through. However, you don’t know how to get it.

Worry no more! The primary ingredient of the kicker is nitro coffee – a component which, according to Healthline, has more caffeine than the usual cold brew.

It brings you all the energy you need to conquer the day. The Kicker cold brew comes with the nitro cold brew, Irish cream syrup, and world-class cream. 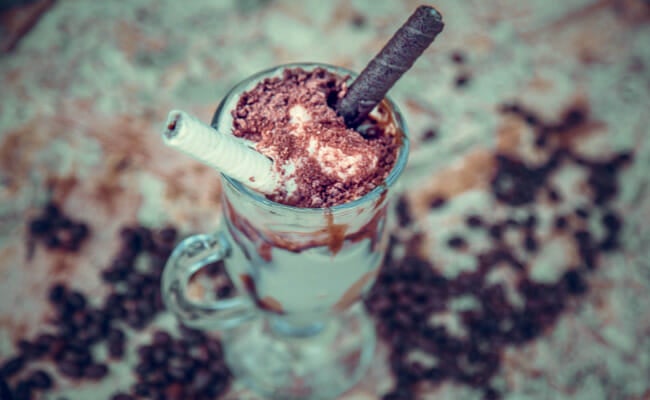 Sometimes we’re lucky to celebrate our birthdays on the weekend. Other times, we grind while celebrating. It’s a weird position to be in; nevertheless, that’s one of the jabs we endure as adults.

Birthday frost is for days when you need to get in that birthday mood while putting in 10,000 hours. The Dutch spin on a classic milkshake is made of almond Roca, sprinkles, and white chocolate. and It tastes like Funfetti cake.

How to order your Favorite Dutch Bros Drink 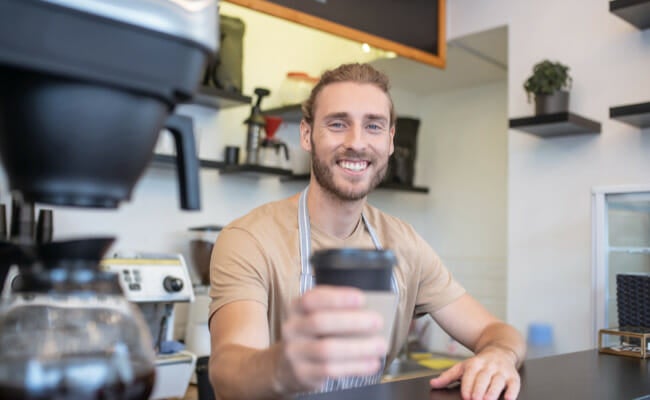 Dutch Bros is available in 11 American states, notwithstanding it’s currently expanding to other states. You can order any of the above-listed secret drinks by physically visiting the nearest dutch bros drive-thru coffee stand or online.

The ‘Dutch Brother’ allows you to edit your delicious coffee drinks by stipulating the size, temperature (hot or iced tea), drink flavor (e.g., the blue raspberry flavors, dark chocolate drizzle, brown sugar cinnamon syrup, vanilla syrup, cotton candy, green apple, etc.) flavor combo, and additional details. The Dutch Bros baristas are reliable and will fulfill your order as soon as they get it.

Caffeinated or energy drinks offered at Dutch Bros promises to captivate your taste buds and keep you coming back for more. We loved the secret menu drinks we recommend in this guide, and we encourage you to give them a chance.

Noelle Salon – An Industry Leader in Hairstyling and Hair Care
10 Best Heating Pads for Pain Relief
10 Best Bakeware Sets of 2022
Best Dutch Bros. Secret Menu Drinks You Have to Try
Best AirTag Wallets on Amazon in 2022
How to Choose a Mattress Topper
10 Stunning Pairs of Designer Earrings for Women