Some of the slated FPAC artists and performers (left to right) Eleanor Lipat-Chester, Mica Javier, G Tongi and Melody Del Mundo at an Aug. 20 press event in Long Beach to announce plans for the Festival’s return on Sept. 3r at Levitts Pavillion stage in MacArthur Park. INQUIRER/Florante Ibanez

FilAm ARTS is bringing back the popular Festival of Philippine Arts and Culture (FPAC) to the Los Angeles community on Sept. 3, at MacArthur Park from 4-10 p.m. after a five-year hiatus.

Entertainers and food vendors previewed the talents to be featured at the festival, during a recent press event at Kubo in Long Beach, California. 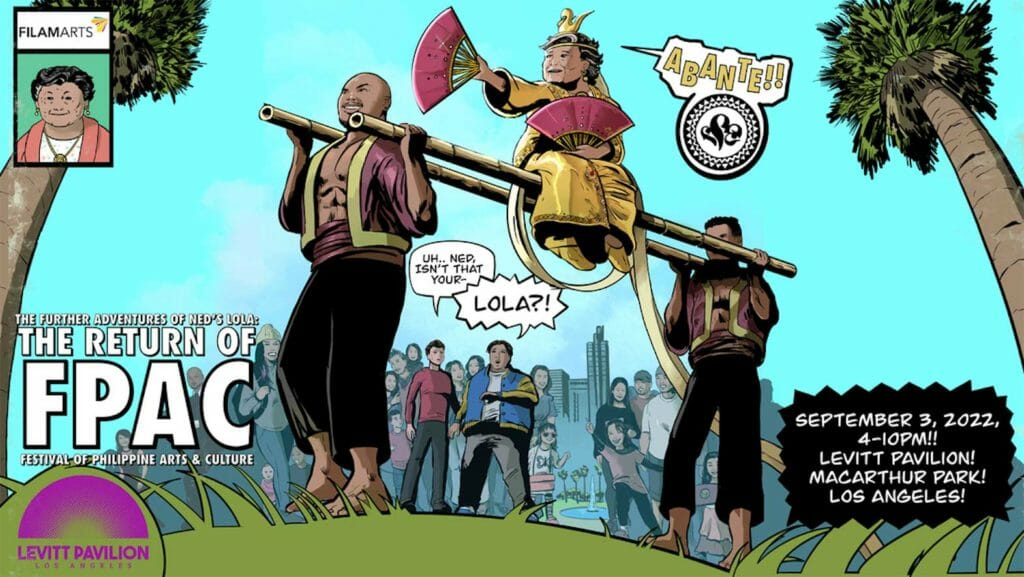 Meriden Angeles represented Kwento Comics, an all Asian female international company that just published its comic book “The Mask of Haliya,” based on Philippine folklore and mythology.