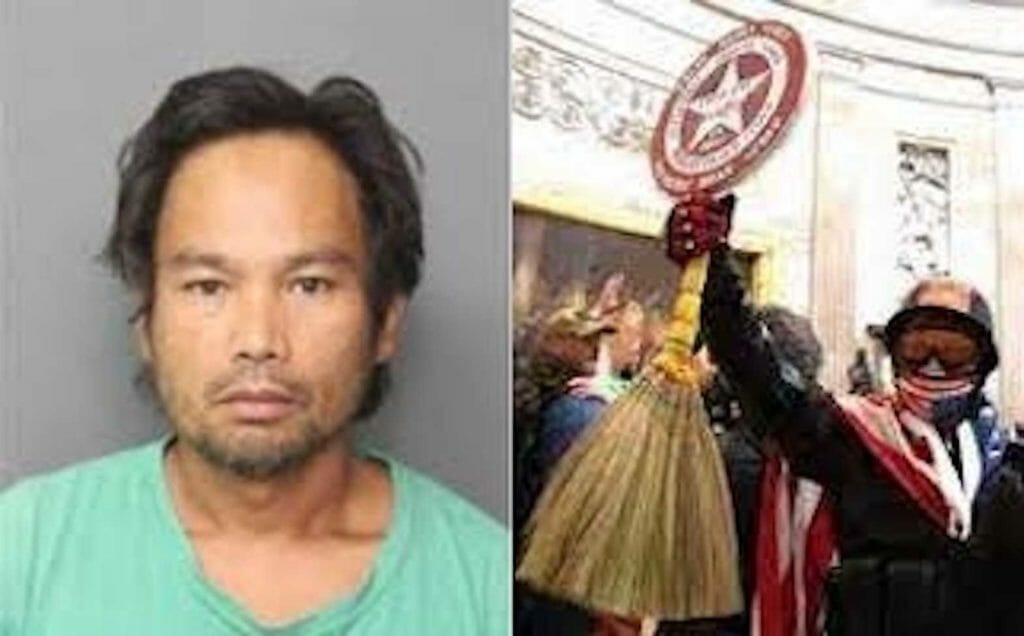 Brian Kene Lazo, who participated in the pro-Trump Jan. 6, 2021 attack on the U.S. Capitol, was sentenced to 45 days in jail. He must also pay $500 in restitution. FACEBOOK

The Filipino American “walis tambo” protester who participated in the pro-Trump Jan. 6, 2021 attack on the U.S. Capitol was sentenced to 45 days in jail. He must also pay $500 in restitution.

Kene Brian Lazo was sentenced Aug. 18 after pleading guilty to charges linked to the  insurrection at the U.S. Capitol. He was arrested in May last year but pleaded not guilty at first. He later pleaded guilty early this year.

(In a different case, Lazo was arrested  last year on charges of sexually assaulting a child under the age of 13.)

The unlawful takeover of the Capitol took place as the U.S. Senate and House of Representatives met separately to certify the Electoral College vote count for the 2020 presidential election, which the defeated President Donald Trump wanted to stop.