HONOLULU — Acting Attorney General Russell Suzuki, part of a coalition of 19 Attorneys General and the State of Colorado, urged the U.S. Department of Commerce to reject the addition of a citizenship question to the 2020 decennial Census

Susuki stated that the citizenship question would directly threaten states’ fair representation in Congress and the Electoral College, and billions of dollars in critical federal funds for programs like Medicaid. 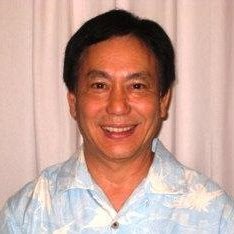 On December 12, 2017, the U.S. Department of Justice requested that the Census Bureau include a citizenship question on the 2020 census form sent to every household in the United States, even though the Census is supposed to count all persons—citizens and non-citizens alike.

Non-citizens are counted in the Census for the purposes of federal funds, apportioning of congressional seats and Electoral College votes, and the drawing of state and local districts.

Under the Constitution, the Census Bureau has an obligation to determine “the whole number of persons in each state.” Yet the addition of a citizenship question to the Census is expected to depress participation among immigrants, causing a population undercount that would disproportionately harm states and cities with large immigrant communities.