Made (and Mad) in Malacañang

Made (and Mad) in Malacañang 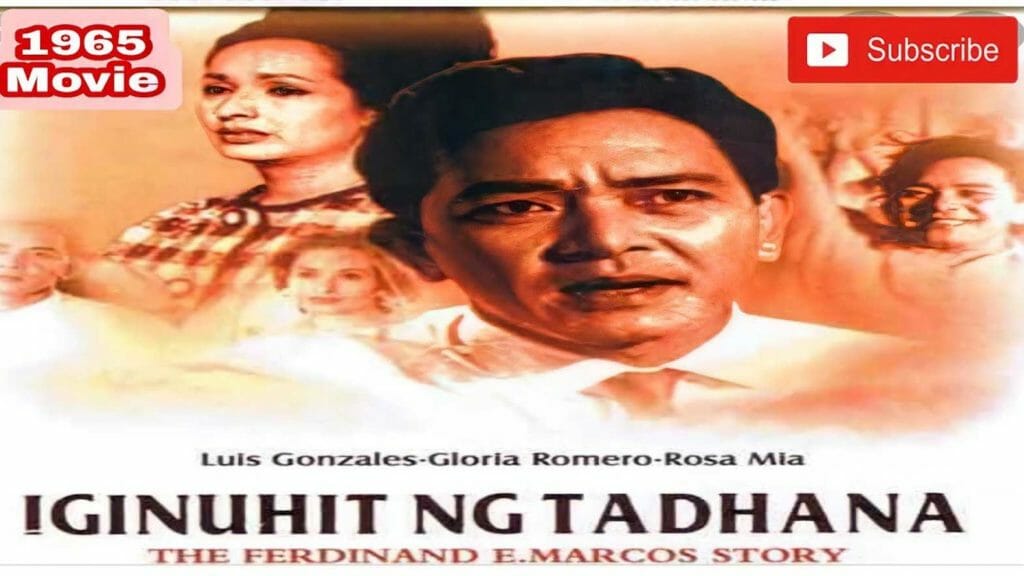 NEW YORK—The Marcoses aren’t wasting any time in distorting and rewriting contemporary Philippine history. Their retrograde efforts just took a new and expensive turn with the release of the film Maid in Malacañang.

From the reviews, it seems that the film portrays the Marcoses as victims, with the late dictator a gentle but stern ruler opposed to violence, and their 1986 ouster from the presidential palace, Malacañang, and the country engineered by the opposition in a naked grab of power.

How accurate is the film?

Given that the film’s creative and executive producer is Imee Marcos, BongBong Marcos’s older sister, perhaps a more telling title would be Made (and Mad) in Malacañang.

It’s an assessment easily reached once you consider Imee’s, or for that matter the rest of the family’s, track record for truth-telling.

In her previous election campaigns, she claimed to have two degrees, an undergraduate one from Princeton, and a law degree from the University of the Philippines Diliman campus. In 2019, responding to a reporter’s question as to whether she had in fact graduated from Princeton—her Facebook post stated that she was “one of the first female graduates from an Ivy League School … graduating with honors”—she quickly replied, “Yes, of course.”

In fact, in 2019, a Princeton spokesperson Michael Hotchkiss told the nonprofit investigative news agency Rappler via email that “Our records do not show that Ms. Marcos was awarded a degree.” While she did attend Princeton, first during the fall 1973 to the spring 1976 terms, then during the fall 1977 to spring 1979 terms, she never met the full requirements for graduation, much less awarded honors.

It was no secret in the New York Filipino community that Imee lived off campus, in a luxurious residence, had a chauffeur-driven car at her disposal, and, apparently distrustful of her fellow students, attended classes while her bodyguards waited outside. The Asian-American Students Association (AASA) had protested Marcos’ admission to Princeton, and raised concerns about her security detail. The campus publication, The Daily Princetonian, quoted AASA as being “worried that the presence of Marcos and her security personnel would be threatening to students who were critical of her father’s government.”

Both claims were easily shown to be false.

UP Executive Vice President Teodoro Herbosa told Rappler in an e-mail that “The records kept by the University of the Philippines Diliman Registrar indicate that Ms. Marcos took non-degree courses (courses without credit) in the College of Arts and Sciences University of the Philippines Diliman during academic year 1976-77. Thereafter she took courses under the Bachelor of Laws program at the UP College of Law from 1st semester 1979 to 2nd semester 1983. There is no record of her graduation from UP [Diliman] nor any honors or academic distinctions received with the University Registrar’s office.”

An article in the Manila Bulletin of May 1, 1983 (the year of her supposed graduation) did refer to her as “one of the honor graduates of the University of the Philippines.” The newspaper however was a mouthpiece for the government, being then owned and controlled by Hans Menzi, a Marcos confidant.

As for the Asian Institute of Management, according to the school’s registrar, it has never offered the degree that Imee laid claim to.

Given her less than forthright track record, why should this latest propaganda flick be taken seriously?

In this she is merely following in her father’s footsteps. In his two presidential campaigns, in 1965 and 1969, her father had financed the production of two films: Iginuhit ng Tadhana (Decreed by Destiny) in 1965 and Pinagbuklod ng Langit (United by Heaven) in 1969, the latter depicting his first term in Malacañang. (Interestingly, the production company for Iginuhit was 777 Films—Marcos believed 7 was his lucky number. The presidential yacht bore those numbers as well.)

Propagandistic and well-produced, the films depict Marcos as brilliant and brave, a war hero, an honest man bucking all odds to create a just and honorable society, that he would later, when he instituted martial law, brand as the “New Society.” The depth of corruption, crony capitalism under his watch, and the falsification of his war record (no evidence of his having been a bemedaled hero), among other factors, rendered so clearly how the nation had long been taken for a ride, a once-vibrant economy wrecked and a fragile democratic system made even more fragile.

The current film is a sign that happy days are here again for the Marcoses, but alas sad ones for the rest of the archipelago.