Strengthen US security through development in PH

Strengthen US security through development in PH 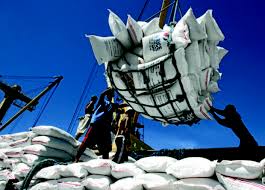 The foreign policy of the United States government has previously failed to remedy the fundamental drivers of internal armed struggles in the Philippines, leading to a history of recurring insurgencies. The US State Department, in conjunction with the President and the Security Council, must integrate military success with development initiatives targeting key drivers of armed conflict, to achieve enduring peace.

However, the PRC does not recognize the tribunal formed to resolve such maritime disputes under the provisions of the United Nations Convention on the Law of the Sea, placing pressure on all nations who depend on the shipping lanes of the South China Sea through which five trillion dollars’ worth of trade passed in 2016. The South China Sea also harbors seven billion barrels of proven oil reserves and 900 trillion cubic feet of natural gas, enough to reduce dependency of the Philippines on imported oil and domestic coal that provides 45.8 percent of its electricity 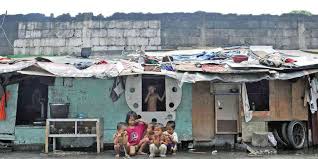 The principal drivers of insurgency in the Philippines include injustice, endemic corruption, social marginalization, poverty, and food insecurity. The Catholic Bishops Conference of the Philippines documented 1,474 extrajudicial disappearances and executions linked to current President Duterte during his tenure as mayor of Davao City. A campaign against illegal street drugs of the current administration has resulted in the documented killing of more than 5,000 prior to arraignment. Current social discrimination against the poorest segments of society has led to further internal conflict. Tensions between communities of the poor and the government have grown. Filipinos perceive that the poor population have become the main targets of President Duterte’s campaign against illegal drugs.

According to a Social Weather Stations report dated October, 28, 2017, 54 percent of Filipinos agree that rich drug users are not killed, and only the poor ones are punished in this way. Social and political marginalization not only impacts the poorest Filipinos, but also a group of indigenous people known as the Lumads in the eastern provinces of the island. According to CNN Philippines, in a press conference on July 25, 2017, the Philippine President publicly threatened to bomb Lumad schools, unless the Lumads stop teaching what the President considers socialist philosophy and rebellion.

A survey by Social Weather Stations as of January 16, 2018 found 15.9 percent of families suffer hunger, while 32 percent feel food poor. The World Bank estimates that remittances account for 9 percent of Gross Domestic Product, because Filipinos go abroad to earn a living to support families. The World Bank calculates a current Gini of 45 for the Philippines, evincing wide disparities in wealth.

The United States must equalize success in security operations with development initiatives to defuse the drivers of insurgency. Governance reform and initiatives to build human capital are especially needed. The State Department could give incentives to the government of the Philippines to cooperate with US aid agencies, USAID and Civil Affairs for the Defense Department, to eliminate the drivers of insurgent armed conflict.

Robert Cesari is a Master’s candidate at the Elliott School of International Affairs (Georg Washington University) in Washington, DC, and attained a law degree as part of his prior career. He has been to the Philippines and maintains contacts with sources there.