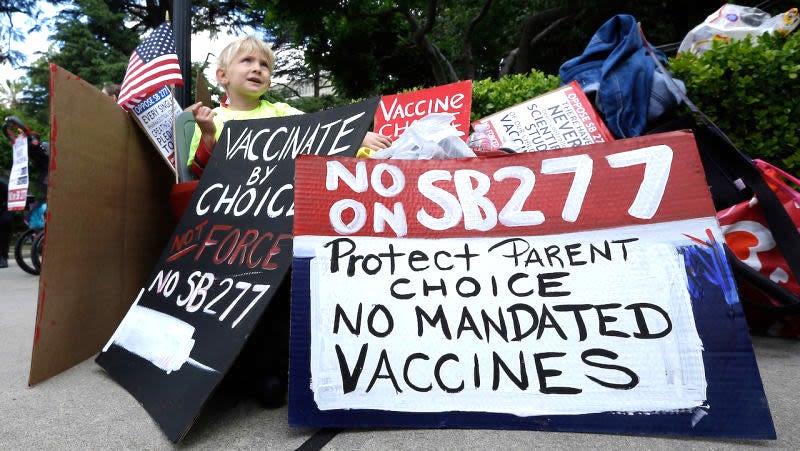 First of all, my sincerest condolences to the families affected and to anyone who has lost a loved one and blames vaccines, specifically the Dengvaxia vaccine. It is a horrible tragedy that we as a nation need to learn from.

In our developing nation, with its health crises and health deficits, all it would take is an angry group of highly suggestive people to start a nationwide catastrophe. This isn’t a hypothetical scenario, this is already happening and in a first-world country. The Dengvaxia tragedy can potentially turn into something like the American anti-vaccination movement, a group of people whose intent is to stop mandatory vaccinations due to a singular falsified “study” in the late 1990s linking the Measles-Mumps-Rubella (MMR) vaccine to autism.

In America measles, a vaccine-preventable disease widely eradicated in the early 2000s, is beginning to make a comeback due to the ever-growing number of parents who have opted to deny their children any vaccinations. A Philippine movement, with possibly worse repercussions, looms in the horizon if we do not act (and act properly) on this tragedy. We are blaming the completely wrong things because we are looking for the cause, while forgetting the effect.

In every politically charged national scandal, there always seems to be a triad of symptoms, an unanswered social deficit, a questionable political decision, and people paying for it, sometimes with their life. It is undeniably clear that things were rushed and that both the government and Sanofi should have disseminated sufficient warning that the vaccine should only be given to those with prior infection. But, with all the blame going around and all the fingers pointed, tensions rise, and the truth gets skewed.

As the we bicker on among ourselves and lawmakers look to the past to point blame, more and more people are getting lost as numbers on a graph and names on a list. We mourn…until another national scandal shows up and those numbers and that list get lost and fall between the cracks.

As someone whose chosen profession, dreams and ambitions are to work in hospitals and help patients, I have acquired insights through my education and have developed a love-hate relationship with the Philippine healthcare system. It’s no big secret that more and more health personnel are leaving the country. With the lack of money and social support, hospitals are profoundly understaffed and hospital workers are overworked. On the patients’ side, the less fortunate who can’t afford healthcare forgo seeking medical assistance and regular checkups, leading to myriad problems. Patients die who could have been saved if treatable conditions were detected early. An example is the unfortunate death of one girl who died sometime after getting the dengue vaccine, which precipitated her then undiagnosed Lupus. Prior screening might have prevented her untimely demise.

People are scared of what they don’t understand. In this era of social adversity, political unrest and “fake news,” an angry blogger with an audience is all it takes for parents to start blaming the vaccine. Yes, children vaccinated have died, but we cannot completely blame the vaccine. There is no such thing as the perfect drug, because there is no such thing as a perfect patient. Every drug has its pharmacological drawbacks but, in most cases, these are outweighed by positive effects. Conversely, human metabolism, lifestyle and even personality has an effect on how our bodies may interact and process drugs. The problem isn’t the drugs, it’s people who don’t understand.

Fortunately, there is a new and radical procedure that can effectively treat that problem: education. Think about how terrifying would it be if I told you that you had a severe case of cephalalgia and your treatment is a steady and routine rapid eye movement. Now imagine how relieved you would be if I explained to you that all it is just a bad headache and all you need is deep sleep. Better right? That relief is the relief of knowledge. The lack of it opens the door to opportunistic individuals with time and a social media account to share their skewed “alternative knowledge.”

Going back to the anti-vaxxer movement in America, you can see its ridiculous similarities with the agitation that is now fermenting in the Philippines. It started with a falsified study, which in the Philippines is a misaligned social media post. That study was spread by a group of people who jumped to an erroneous conclusion; the Pinoy version of this is the angry blogger with an audience. That information is then read by a grieving parent desperate for answers. It only takes a small leap to the conclusion that all vaccines are bad.

So, yes, drugs and vaccines can be dangerous, but it is more dangerous to blame the wrong things. It wasn’t the vaccine that killed those children; questionable politics, inadequate healthcare policies and a lack of education did.