The U.S. Senate on Sunday passed a sweeping $430 billion bill intended to fight climate change, lower drug prices, and raise some corporate taxes, a major victory for President Joe Biden that Democrats hope will aid their chances of keeping control of Congress in this year’s elections.

After a marathon, 27-hour weekend session of debate, and Republican efforts to derail the package, the Senate approved the legislation known as the Inflation Reduction Act by a 51-50 party-line vote Vice President Kamala Harris cast the tie-breaking ballot.

The action sends the measure to the House of Representatives for a vote, likely Friday when representatives plan to reconvene briefly during a summer recess. They are expected to pass it, which would then send the bill to the White House for Biden’s signature. In a statement, Biden said he looked forward to signing the bill into law.

“The Senate is making history,” an elated Senate Majority Leader Chuck Schumer said, after pumping his fists in the air as Democrats cheered and their staff members responded to the vote with a standing ovation. 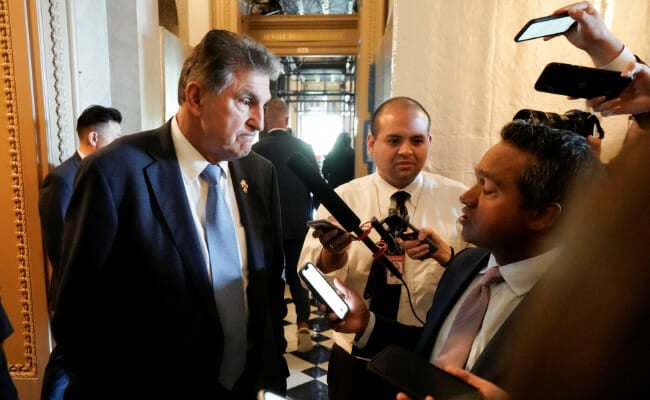 “To Americans who’ve lost faith that Congress can do big things, this bill is for you,” he said. “This bill is going to change America for decades.”

Schumer said the legislation contains “the boldest clean energy package in American history” to fight climate change while reducing consumer costs for energy and some medicines.

Nevertheless, Democrats hope its passage will help the party’s House and Senate candidates in the Nov. 8 midterm elections at a time when Biden is suffering from anemic public approval ratings amid high inflation.

The legislation is aimed at reducing carbon emissions and shifting consumers to green energy while cutting prescription drug costs for the elderly and tightening enforcement on taxes for corporations and the wealthy.

Because the measure pays for itself and reduces the federal deficit over time, Democrats contend that it will help bring down inflation, an economic liability that has also weighed on their hopes of retaining legislative control in the run-up to the 2024 presidential election. 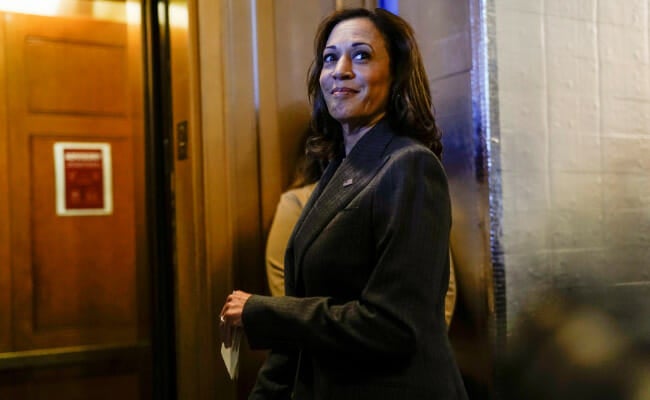 U.S. Vice President Kamala Harris reacts as she speaks to the media about the passing of the “Inflation Reduction Act of 2022” on Capitol Hill in Washington, D.C., U.S. August 7, 2022. REUTERS/Ken Cedeno

Republicans, arguing that the bill will not address inflation, have denounced the measure as a job-killing, left-wing spending wish list that could undermine growth when the economy is in danger of falling into recession.

Democrats approved the bill by using a parliamentary maneuver called reconciliation, which allows budget-related legislation to avoid the 100-seat chamber’s 60-vote threshold for most bills and pass on a simple majority.

After several hours of debate, the Senate began a rapid-fire “vote-a-rama” on Democratic and Republican amendments on Saturday evening that stretched into Sunday afternoon.

Democrats repelled more than 30 Republican amendments, points of order, and motions, all intended to scupper the legislation. Any change in the bill’s contents wrought by an amendment could have unraveled the Democrats’ 50-senator coalition needed to keep the legislation on track.

NO CAP ON INSULIN COSTS

Senators were due to break for an August recess after the session.

Democrats were unable to muster the votes necessary to retain a provision to cap soaring insulin costs at $35 a month on the private health insurance market, which fell outside the reconciliation rules. Democrats said the legislation would still limit insulin costs for those on Medicare. 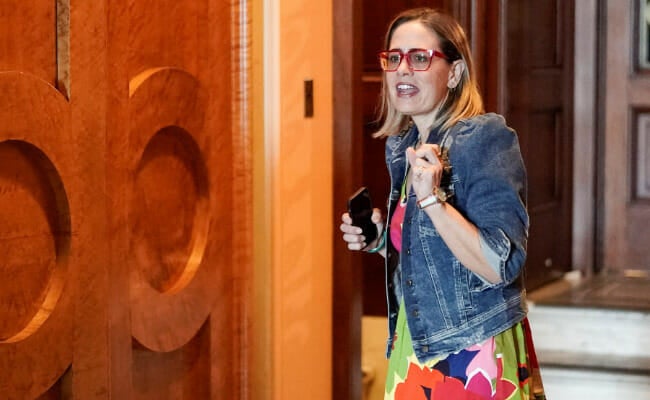 U.S. Senator Kyrsten Sinema (D-AZ) walks out from the floor for a moment during voting for the “Inflation Reduction Act of 2022,” at the U.S. Capitol building in Washington, D.C., U.S., August 7, 2022. REUTERS/Ken Cedeno

In a foreshadowing of the coming fall election campaign, Republicans used their amendment defeats to attack vulnerable Democrats who are seeking reelection in November.

“Democrats vote again to allow chaos on the southern border to continue,” Senate Republican leader Mitch McConnell said in a statement that named four Democratic senators who are facing tight contests for reelection.

The bill was 18 months in the making as Biden’s original sweeping Build Back Better plan was whittled down in the face of opposition from Republicans and key legislators from his own party.

Biden made calls to senators about the bill over the weekend, a White House official said, and senior aide Steve Richetti kept an open line with Democratic U.S. Senator Joe Manchin of West Virginia over the last several months to help move the measure forward.

“It required many compromises. Doing important things almost always does,” Biden said in a statement.