NEW YORK—Despite an impending nor’easter here, dozens of supporters came to the March 6 fundraiser of Duncan Tree Foundation (DTF) for its fourth spine mission to Davao City in the Philippines slated for April this year.

Among the attendees was Loida Nicolas Lewis, board adviser to the foundation and the evening’s keynote speaker.

The FilAm community leader, who has been reported as “persona non grata” in Davao City for criticizing President Rodrigo Duterte, lauded the efforts of the foundation and praised its founder Ouida Duncan for offering free spine surgeries to Davaoeños.

“Ouida is the only one who does this kind of medical mission to the Philippines and she’s not even Filipino,” Lewis told INQUIRER.net. “She is African American but has a big heart and she’s been to the Philippines four times already. Ang mahal-mahal ng operasyon ng scoliosis so napaka-importante nitong ginagawa niya [Scoliosis surgery is very expensive so what she’s doing is really important].” Scoliosis, the abnormal lateral curvature of the spine, is the most common spinal deformity among school-age children. Like other serious illnesses, early detection is key to its cure.

Scoliosis affects 2-3 percent of the population, or an estimated six to nine million people in the United States, according to the National Scoliosis Foundation. The disease can develop in infancy or early childhood, although the primary age of onset is 10-15 years old. While scoliosis occurs equally among both genders, females are eight times more likely to progress to a curve magnitude that requires treatment.

There are no known statistics available in the Philippines and not much is known about scoliosis among Filipinos, but the need for corrective surgeries is alarmingly on the rise, according to DTF.

DTF’s work in the Philippines began three years ago, and it led to a scoliosis initiative.

“Scoliosis actually picked us,” Duncan told INQUIRER.net. “Dr. Sheila Campbell-Forrester [DTF board advisor], heard about a Filipino girl who needed an implant for surgery. A year later, we decided to start focusing on that. Before we know it, 300 plus kids were on the waitlist in Jamaica and the Philippines who couldn’t afford the surgery. Then after our first mission trip to Davao, people started researching and emailing us.”

These days, the foundation also receives photos of children’s curved spine or X-rays of their curved backs via Facebook. “The need is so great, and as long as we have the capabilities to help those in need, we’re going to continue going to the Philippines,” Duncan said.

Since 2015, DTF has performed successful surgeries on 10 Filipino children suffering from scoliosis.

“DTF did not only restore the bodies of these children, but most importantly also  their dignity,” said Melissa Mendoza, a concert promoter in Brooklyn and one of the donors who attended benefit night.

“It’s heartwarming to learn of non-Filipinos who take genuine interest in helping our kababayans,” said Jen Furer, Makilala TV host and the gala’s emcee. “I got to know more about the honorees and the members of DTF, they truly are real-life superheroes because they give second chances to children with scoliosis, in a country they don’t have personal connection with, and expecting nothing in return. They truly strengthened my faith in the kindness of strangers. DTF are making children smile again, feel welcome in this world, and have the chance to shine.” 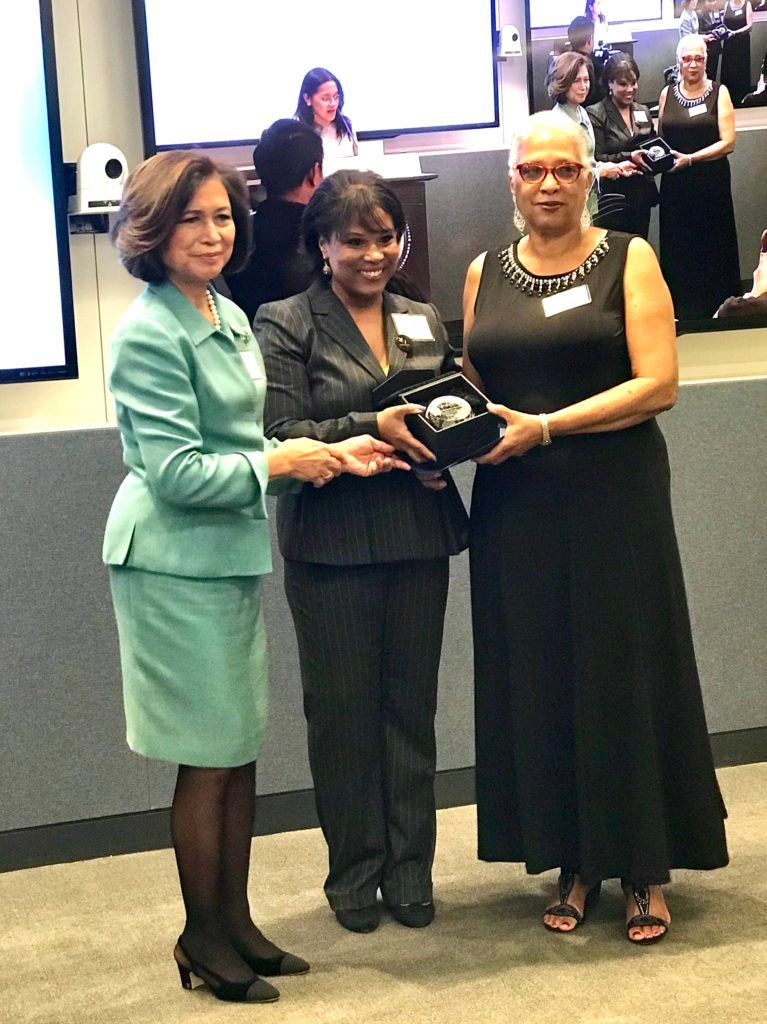 DTF works with the Southern Philippines Medical Center and the Tim Tebow Cure Center, both based in Davao City, to organize its medical missions. It is hoping to eventually gather more partners on the ground, including the city government.

“In 2015, we met Rody Duterte when he was still mayor of the city. The second time, we met his deputy. Our local partners have tried to reach out to them but so far nothing has been offered yet,” Duncan said.

Lewis is urging the Fil-Am community to show generous support to DTF, as a way to complement the pro-bono work of DTF medical volunteers like Dr. Kenneth Paonessa, who have been conducting life-changing surgeries that help improve the quality of life of Filipino children. Another reason is the high cost of implants needed for scoliosis surgery.

“Scoliotic children are often ridiculed or bullied because they don’t look normal. They have low self-esteem and sometimes just want to hide at home. So what DTF is doing is really life-changing. It’s very important to support their mission. Go to DuncanTreeFoundation.org and donate whatever you can. This is for our countrymen,” she told the crowd at the DTF fundraiser.