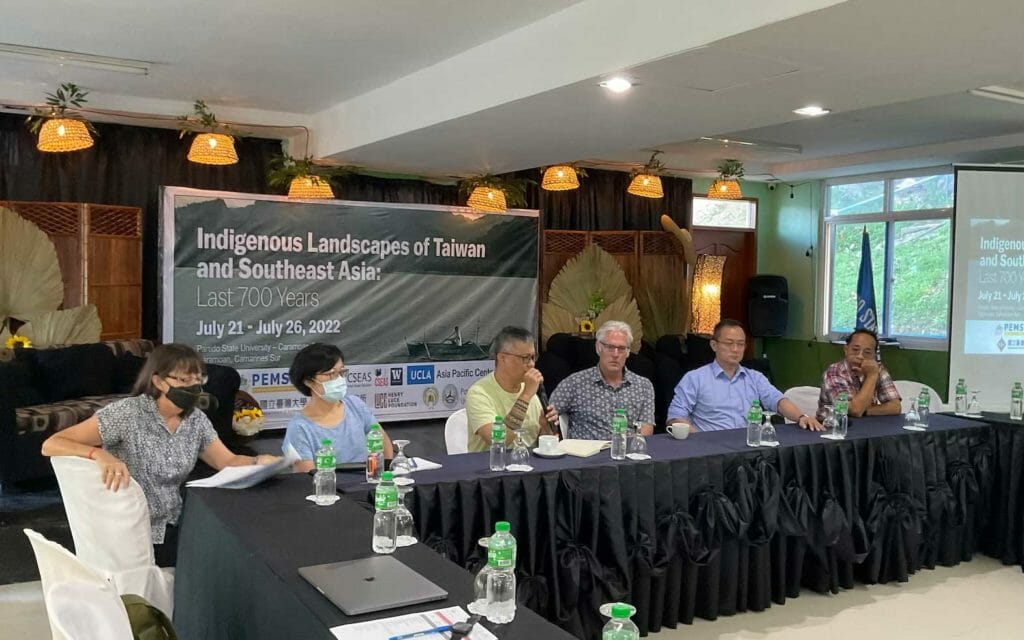 Scholars came from Taiwan Indonesia, China, Philippines and the United States for the “Indigenous Landscapes of Taiwan and Southeast Asia: Last 700 years” conference.

The two-day workshops at the PSU Caramoan campus, helped develop a multidisciplinary framework in understanding natural and anthropogenic changes in the Early Modern Southeast Asia and Taiwan.

By focusing on local responses to both global and local ecological change, the workshops’ bottom-up perspectives moved away from Western colonialist view of Southeast Asia and Taiwan.

Associate Professor Dr. Stephen Acabado, UCLA director of the Center for Southeast Asian Studies, and also of of PEMSEA, an interdisciplinary research program with the University of Hawai‘i–Mānoa and the University of Washington, explained that “the PEMSEA was created to develop active collaborations with SEA institutions, provide logistical support to U.S. scholars conducting research in the region, and tap current partnerships with SE Asia-based institutions and develop new ones.”

The PEMSEA will also adopt a more meaningful approach to SEA Studies in the U.S. that “empower descendant communities that can provide compelling narratives for SEA cultural identities and highlight indigenous histories, which are typically absent from national historical narratives,” Acabado added. “An example for this engagement is the development of locally managed heritage centers in Angkor Borei, Cambodia and Ifugao, Philippines, which have seen local communities investing in their heritage.”

Dr. Peter Lape, professor at the University of Washington Department of Anthropology, moderated the panel discussion on Indigenous Ecological Knowledge, Local Ecological Knowledge, and Landscape Management in Taiwan and Southeast Asia, shared by panelists from Indonesia, Philippines and Taiwan.

Dr. Grace Barreto-Tesoro of the University of the Philippines Department of Archeology, moderated the panel on Indigenous Perspectives on Landscapes and History.

Dr. Piphal Heng of the UCLA Cotsen Institute of Archaeology moderated the “Indigenous Archeology and the Research of Environmental History in the Early Modern Period in Taiwan and Southeast Asia” panel.

Dr. Miriam Stark, professor at the Department of Archeology of the University of Hawai‘i–Mānoa, moderated the roundtable discussion on the closing day. 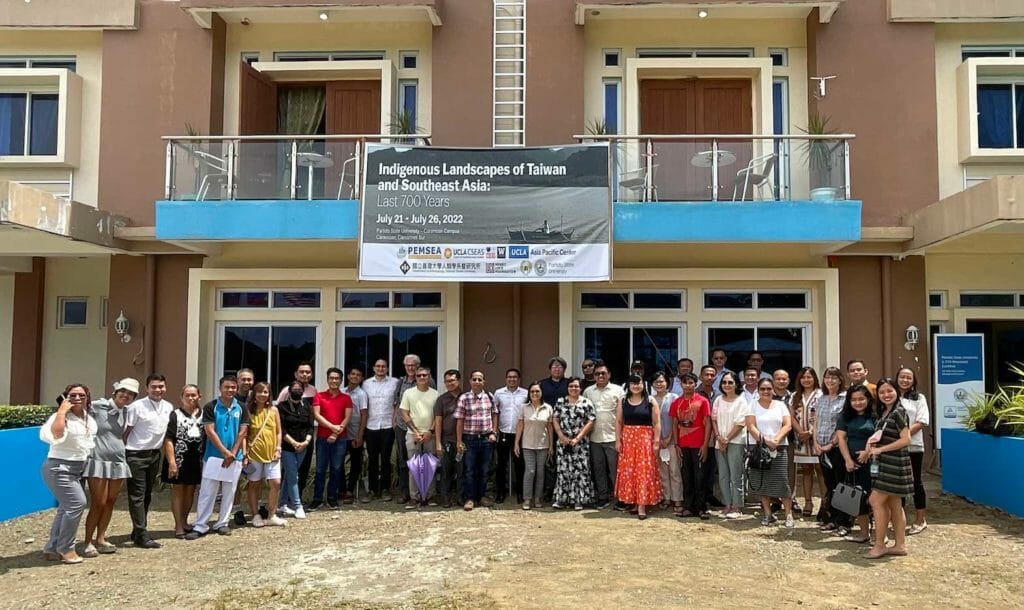 The Caramoan community warmly welcomed the attendees, the majority of whom took the more than 12-hour road trip from Manila.

Host and partner university, Partido State University Caramoan campus (through Dean Michael Clores), together with Goa campus, headed by its president, Dr. Raul Bradecina and its faculty and staff, ensured the guests felt at home in the island, located on the north-eastern part of the Camarines Sur in Bicol. The gathering was the first in-person event for the majority of participants.

The conference was hosted by the Partido State University (Goa, Camarines Sur, Philippines) and co-sponsored by the Center for Taiwan-Philippines Indigenous Knowledge, Local Knowledge, and Sustainable Studies (CTPILS) of the National Chengchi University (Taiwan), the Department of Anthropology, National Taiwan University, the UCLA Asia Pacific Center, and the UCLA Center for Southeast Asian Studies.

The workshop was facilitated through a grant from the Henry Luce Foundation which helped establish the UCLA Program for Early Modern Southeast Asia (PEMSEA).