US Senate likely to withhold bill on gay marriage until September

US Senate likely to withhold bill on gay marriage until September

The U.S. Senate is likely to delay a vote on protecting gay marriage until September, as Democrats push forward with a $430 billion climate change and drug pricing bill, which could cost them Republican support for the marriage measure, aides and advocates said on Monday.

Democratic Senator Tammy Baldwin, the chamber’s first openly gay member who has been working to shepherd the Respect for Marriage Act forward, now expects the bill to come to the floor after lawmakers return from a weeks-long August recess.

Proponents of the bill worry that waiting could cause support to dwindle as opponents ramp up pressure on fellow Republicans to oppose it, according to a source familiar with the Senate negotiations. The bill’s backers plan to use the recess to consider adjusting some of its languages to lure more Republican support.

With the Senate split 50-50, and Democrats in charge thanks to Vice President Kamala Harris’s tie-breaking vote, the legislation would need support from at least 10 Republicans to succeed.

Gay marriage was once a hot-button issue in America’s culture wars that Republicans vehemently opposed. 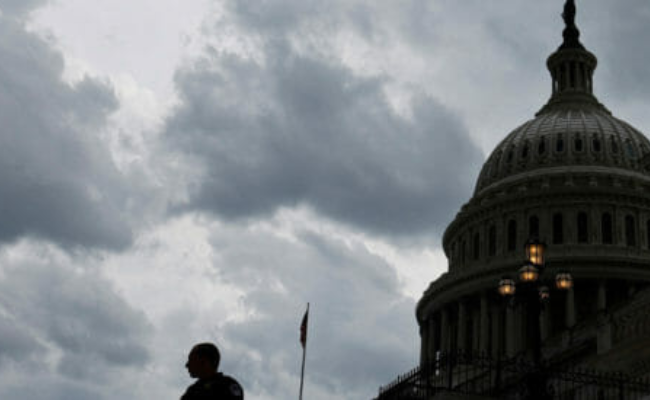 But with the public now solidly behind gay marriage and the control of Congress in play in the Nov. 8 midterm elections, Senate Republicans have shown signs of backing the legislation.

The bill passed the House of Representatives last month by a vote of 267-157 with 47 Republicans in support.

Democrats have seen the bill as a way to highlight their contrasts with Republicans as soaring inflation and President Joe Biden’s slumping job performance numbers jeopardize Democrats’ razor-thin majorities in the House and Senate.

Republican support could also help party candidates retain moderate suburban voters in key swing states who may have been turned off by the U.S. Supreme Court ruling last month ending the nationwide constitutional right to abortion.

Five Republicans have already announced their support for the bill. Republican Senator Susan Collins, who co-sponsored the legislation, and Baldwin have taken the lead in seeking more Republican votes.

Five additional Republicans have indicated they are leaning towards supporting the bill, Baldwin told PBS Wisconsin in a recent interview.

Tensions between Democrats and Republicans have been heightened by the introduction last week of a $430 billion partisan spending bill, which some Republicans say could narrow the scope for passing bipartisan legislation.