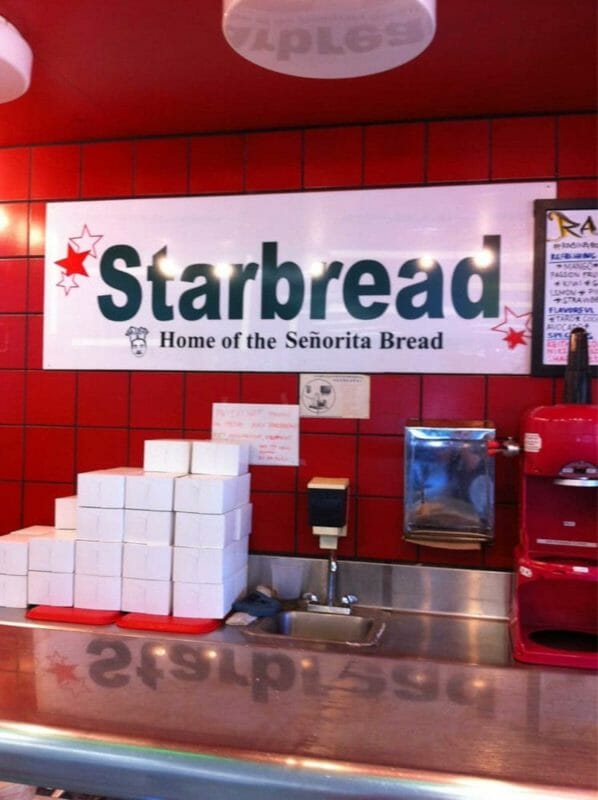 Starbread bakery on Harbor Street in Pittsburg, a suburb of San Francisco, famous for its sweet and buttery Señorita rolls, was trashed by a customer enraged over Covid protocols. YELP

A popular Filipino bakery in Pittsburg, California, was attacked by an enraged customer who did not want to follow Covid protocols. He injured two of the staff and damaged the shop.

Starbread bakery on Harbor Street in Pittsburg, a suburb of San Francisco, is famous for its sweet and buttery Señorita rolls. It also offers empanada and lumpia. The Señoritas, however, are the crowd favorite, and customers stream in and out of the shop for them.

Surveillance video shows an enraged man wearing a shirt that reads “ARMY.” Employees asked him to keep his distance from other customers. He was apparently known to them as someone who previously refused to follow Covid protocols. Surveillance video shows an enraged man wearing a shirt that reads “ARMY” who violently attacked Starbread employees after he was asked to follow Covid protocols. SCREENGRAB

This time, he claimed it was his twin brother who violated the rules before. Employees offered him a refund and asked him not to come back.

“He kept pointing to his shirt which said US Army and he said he needed respect,” Cyrelle Sanchez, the owner’s wife, told ABC7 News.

The man threw a hand sanitizer, the cash register and even the donut display. When he came back, employees tried to lock the door. He punched an employee in the eye and slammed the door on the arm of another who broke a pinky bone. Her whole arm is now in cast, which doctors said she will be wearing for at least a month.

Starbread is now thinking of installing a take-out window to keep employees safe. Meanwhile, local residents are showing their support for the bakery by coming in large numbers.

Pittsburg police told ABC7 News that the investigation is ongoing and they’re trying to identify the man.