Biden administration tells US voters, 'No, we're not in a recession'

Biden administration tells US voters, ‘No, we’re not in a recession’

The U.S. economy is plagued by inflation and suffering from fallout from Russia’s war in Ukraine – but it’s not in recession. That’s the message from White House officials.

Treasury Secretary Janet Yellen, economic adviser Brian Deese, and Commerce Secretary Gina Raimondo have spoken out in recent days ahead of data on Thursday that may show that gross domestic product (GDP) shrank from April to June. The Federal Reserve Bank of Atlanta’s GDP forecast suggests a 1.6% decline. That would mark the second quarter of GDP decline in a row.

While a broad rule of thumb holds that two consecutive quarters of GDP drops signal a recession, the strong U.S. job market means this may be the rare moment when that is not enough for economists to declare the world’s largest economy in recession.

The White House pushback against recession talk is about more than semantics. Talking about a recession can become a self-fulfilling prophecy as businesses and consumers, concerned that tougher times are ahead, cut back on spending and investment plans.

The economy is top of mind for many voters ahead of the Nov. 8 midterm elections that will decide whether President Joe Biden’s Democratic Party retains control of Congress.

“We’re not going to be in a recession,” Biden himself told reporters on Monday. “My hope is we go from this rapid growth to a steady growth.” 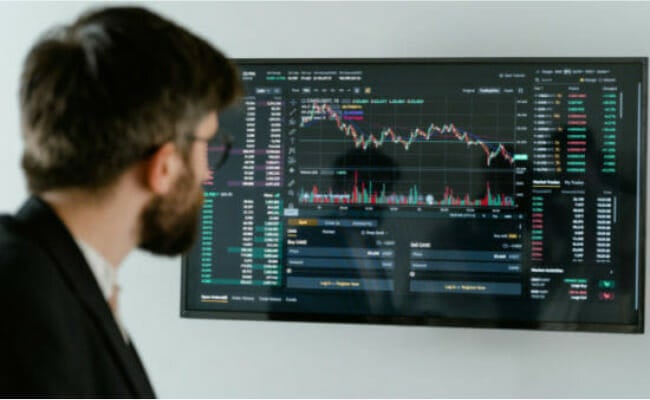 Even so, a GDP contraction would likely exacerbate fears that the United States is headed for or in the midst of an economic pullback and worry voters already struggling with higher grocery and gas bills.

White House officials believe the GDP weakness is due to one-off factors, including a decline in companies restocking inventories, that may not reflect broader trends.

“We’re seeing signs of slowing in the economy but slowing in a direction towards positive growth with lower inflation, consistent with the kind of transition that we’d like to see,” said one senior administration official.

Fighting 40-year-high inflation is central to Biden’s strategy, which is broader than just one-quarter of GDP, the official noted.

The administration expects inflation, buoyed by energy and food shortages from the Russian invasion in Ukraine, to fall longer term as a result of its efforts to clear port backlogs, release oil from strategic reserves and rebuild critical infrastructure.

Many private economists agree that the United States is not in recession – yet. But they see rising risks. They say climbing interest rates and softening housing data raise concerns.

Since 1950, the United States has not experienced two consecutive quarters of GDP contraction that was not ultimately associated with a recession.

But there has never been a recession declared without a loss of employment, and jobs are currently being added at a pace of hundreds of thousands monthly.

The Republican Party has used high inflation and economic weaknesses to attack Biden’s economic and spending priorities. The party has been scathing in its criticism of White House attempts to push back on recession talk.

“In advance of the GDP numbers coming out later this week, the Biden administration has begun their latest project – a frantic effort to re-define the word ‘recession,'” said U.S. Senate Republican Leader Mitch McConnell this week. “Their priority is telling everybody things aren’t as bad as they look or feel.”

Polling shows that the White House is fighting an uphill battle.

A Morning Consult/Politico survey this month found that 65% of registered U.S. voters think the economy is already in a recession.

Consumer sentiment has fallen among Democrats to the lowest level since Biden took office.

Biden’s approval rating, meanwhile, has fallen back to a record low of 36%, according to Reuters/Ipsos polling.