Battered OFW wife who reinvented herself

Battered OFW wife who reinvented herself 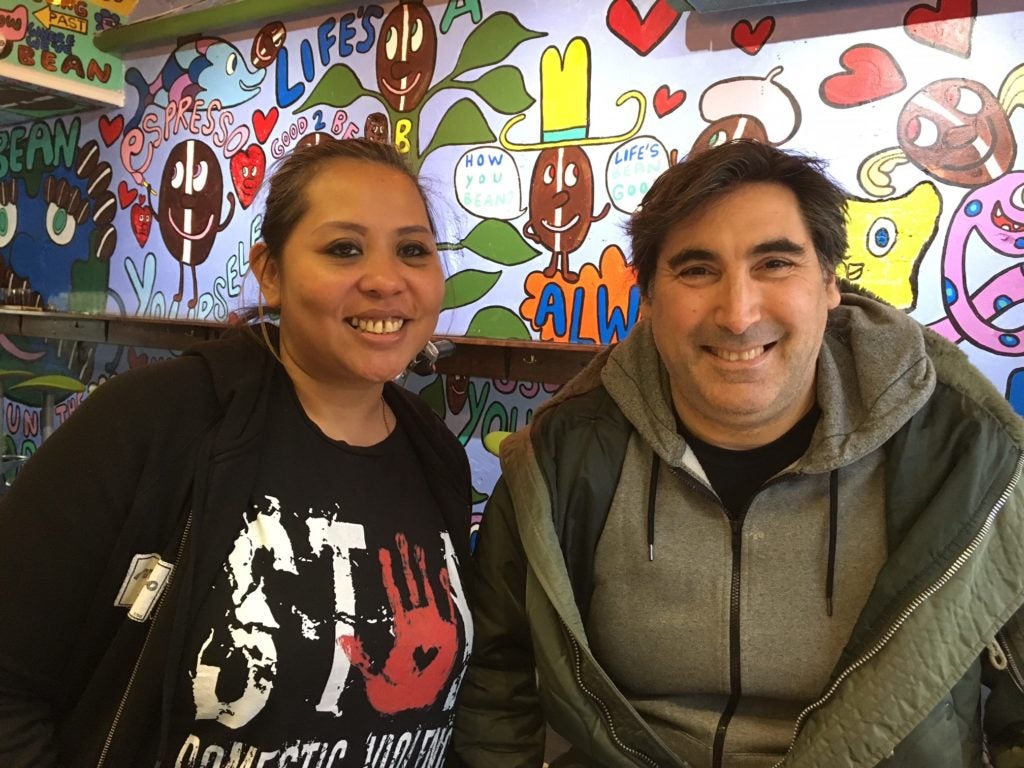 Coffee talk with Peter and Jeanette Marco at their new joint venture, Kabisera Café at Allen Street in New York, where they live in the top apartment. INQUIRER/Carol Tanjutco

NEW YORK CITY — She was a 26-year-old OFW at a travel agency in the Emirates when she fell for a dashing 19-year- old Arabian guy. In no time, they got married and had a blissful life for a year. She converted to Islam, followed the cultural traditions, and renamed herself, Aisha Yousef. The next seven years of marriage was nothing she ever imagined after the honeymoon was over.

“Allah Kareem,” was her daily prayer, hoping that God would provide and take care of her. One year after her marriage, she recalls, “Not a day passed without him laying a hand on me.”

She was treated like a maid, punished if she ever made a mistake while serving him tea. Frequently bruised, she reported to the police twice, but no action was taken. After all, she became a property of her husband. Only a husband has a right to divorce his wife, due to financial considerations. The Philippine Embassy then considered it a marital problem. 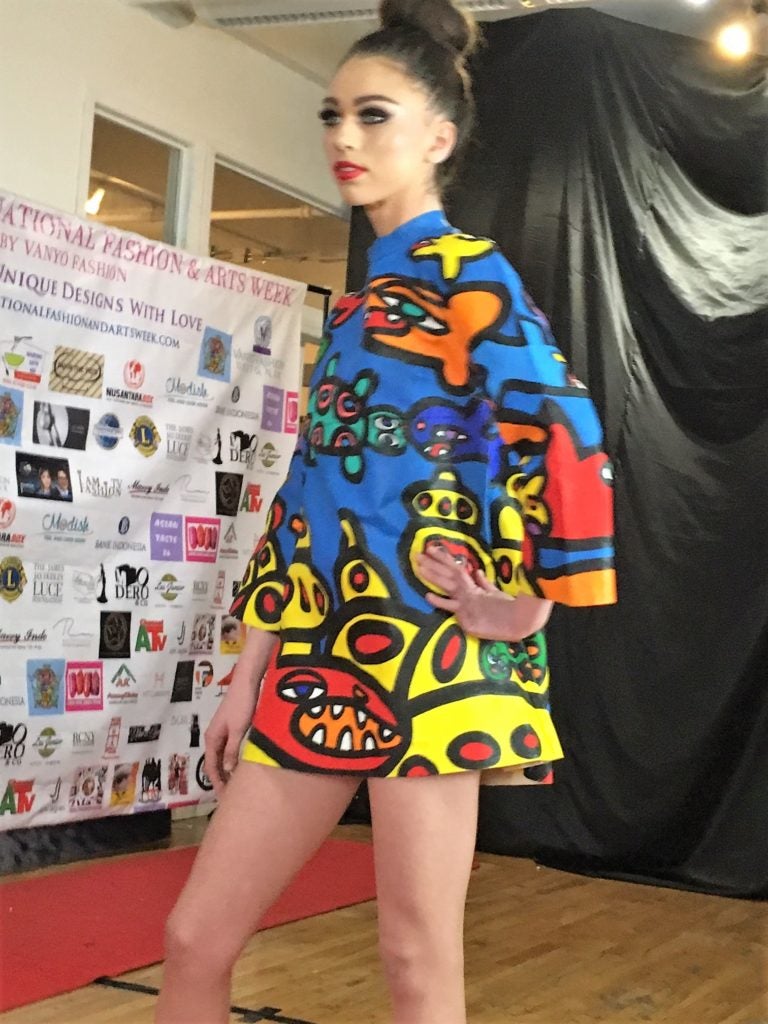 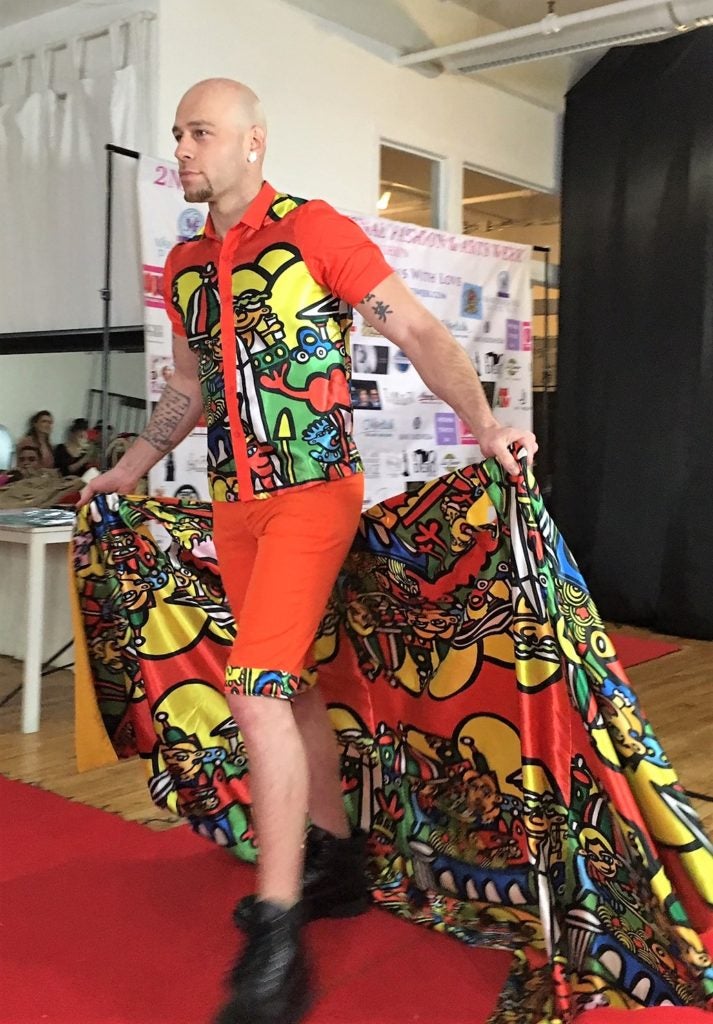 Marco Not Polo by Jeanette Marco made its debut during the New York Fashion Week winter show 2018. INQUIRER/Carol Tanjutco

The cruelty had to be extreme before the authorities would step in. She was found almost lifeless in the desert, sexually abused by her husband who took a video while molesting her, beaten with a piece of wood that left her unrecognizable with severe head trauma. She was left for dead until the police found her. Under Sharia laws, a divorce was granted and she was awarded money to start over for herself, and for her young son.

As fate would have it, she got involved in autism benefit arts show in Abu Dhabi, where she met New York-based pop artist Peter Marco. She was then the managing owner of Ad Fusion Media FZE, and launched her Walk for Walk campaign. She invited Marco as a guest artist, and he obliged the following month. They’ve become inseparable since then. Months after the campaign she traveled to New York with him, subsequently got married, and retook her Filipino name, Jeanette Bocobo-Marco.

Rising from her experiences in Abu Dhabi and getting married to a New York-based pop artist, Jeanette Marco woke up one day staring at all the canvases painted by her husband, and she thought of playing with them to be used as garments. In no time, she branded herself Marco Not Polo, the result of marrying the creations of Peter Marco, with the designs of Manila-based couturier Erjohn de la Serna.

The recently concluded New York Fashion Week featured new designers with unique styles. Marco Not Polo lines combined the bold, psychedelic visual arts of canvas painting into casual fun wear that mimics a kaleidoscope of lines and colors. Seen on the runway are renditions of Marco’s pop arts in fabrics. A depiction of Lady Liberty printed across the clothing lines makes bold statement of the artist’s vision, a head-turner in terms of originality and uniqueness. 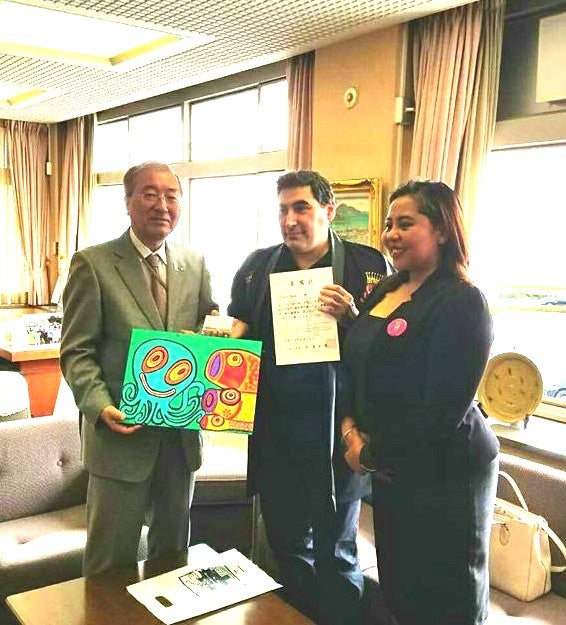 Peter Marco’s design was used by Swatch in 1998. His longtime presence in Japan since 1995 was acknowledged with the honorary title of Lifetime Tourism Ambassador conferred by Mayor of Matsue Hon. Masataka Matsuura last April 2017 during his series of art shows. Peter Marco explained, “If you have talent, use it to uplift people. Give messages that empower and speak of the truth.”

At day’s end, the couple retires to their New York apartment, thinking of the humanitarian causes that they fight for. Jeanette Marco just launched her Basilia Women’s Foundation in the Philippines for battered women, to assist women in the same situation she had been, to provide for temporary shelter and to be trained for livelihood programs until they are back on their own feet. Named after her grandmother, Basilia, who donated a parcel of land in Tarlac to be used for housing battered women, the facilities are in construction.