Filipino seafarer missing at sea from ship bound for Canada

Filipino seafarer missing at sea from ship bound for Canada

A Filipino seafarer has been declared missing in the high seas from a ship that sailed from South Korea bound for Canada.

The missing seafarer was identified as Kristoferry Mantilla Tañeca, 35, a crew member of the M/V Navios Phoenix, according to the Philippine Overseas Employment Administration (POEA). 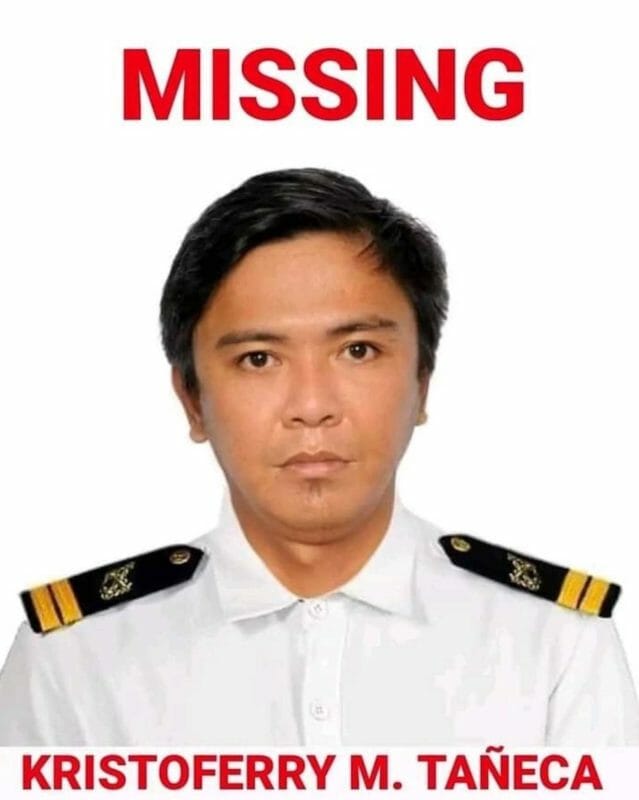 Kristoferry Mantilla Tañeca is the second Filipino seafarer declared missing from a ship in a week.

Tañeca, a 3rd officer on his ship is the second Filipino seafarer declared missing from a ship in a week. Previously confirmed missing by the POEA was Lucio Cabading Sablas, captain of M/V Algeciras Express, in the Mediterranean Sea.

The crew of M/V Navios Phoenix, a Panamanian-flagged bulk carrier, discovered Mantilla missing on June 28 while the ship was in the high seas. The crew reportedly held a full search of the vessel for Mantilla.

The ship was expected to dock in Canada on July 21, and Canadian and Panamanian authorities will conduct their own investigation, the Interorient Maritime agency told POEA.