Artist Greta Lood did not just imagine it; she made it happen. She invited two of her Filipina friends to go rowing under Central Park’s Bow Bridge. Instead of wearing summer hats, each one cradled a dainty parasol.There’s something about New York’s historic and most romantic park that inspires artistic visioning. Greta is a big fan. She is drawn to the scattered elements that give Central Park its splendor: the river; the arching bridges; the trees; sunshine weaving through the leaves. Even the laughter of lovers one hears but does not see. The artist interprets such sparkle using shadows and color.

I asked Greta why she is in love with Central Park. She replied with a hearty laughter, saying, “It’s all in my paintings.” She has so many of them, enough for a full-blown solo exhibit. Channeling Monet, rowing with friends under the Bow Bridge. THE FILAM

“When I came to New York in 2008, I was looking for a group of artists who would paint at Central Park,” said the Zamboanga del Norte-born Greta, whose father was a local politician of the Batasang Pambansa. Finding no such weekend club, she created the Plein-Air Painters of Central Park, which now has 200 registered members of mostly New Yorkers, although about 50 members are active.

They go to Central Park once a week, or once every two weeks. Finding a spot in this 843-acre Manhattan landmark, the artists spread out, unpack their tools, and begin to create. As they paint, they become one of the park’s moving pieces, just like the families enjoying a picnic, the Shakespeare play unfolding at the Delacorte Theatre, or the children running around the ample lawn. 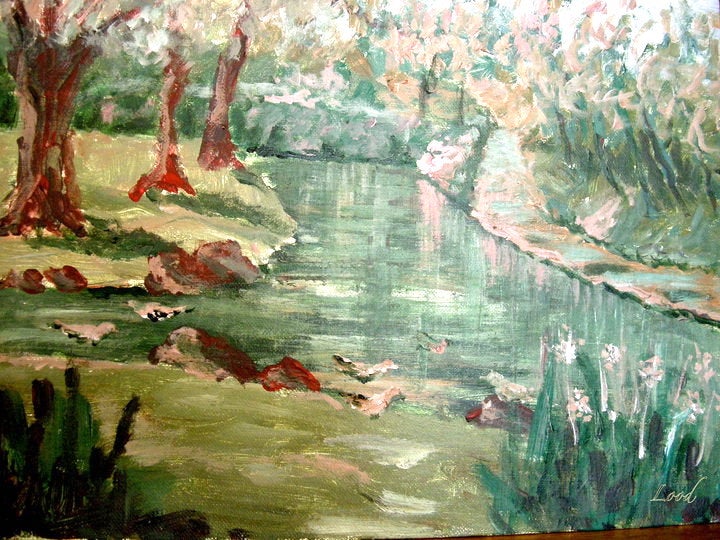 “Why do I love Central Park? First off, it’s close to my house,” replied Greta, who lives a mere three blocks distance. “I just cross the Jackie Onassis Reservoir.”

Greta’s love of landscapes is another reason. “It’s nice to go out there and just paint what you see,” said this UST Fine Arts graduate. She is also a member of the Society of Philippine American Artists based in New York.

It was not love at first sight. The first time Greta came to New York in the 1980s, she avoided coming to the park because of the crime she read about in the papers. The Central Park jogger case happened in 1989, a savage rape reported at that time to involve five young men. That story gripped the city and led to some people avoiding the park for a stretch of time.

Things have turned around years later, said Greta. “The city is a much safer now, and people have gone back to the park.” 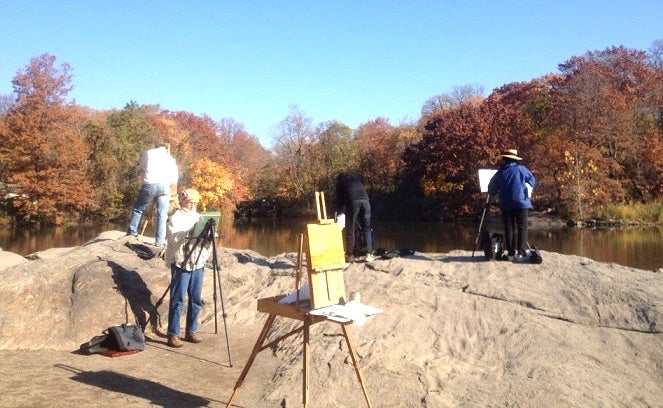 Plein-air painters do their thing. THE FILAM

Greta came to the U.S. in 2003 and lived in Florida. An established artist and by then a single mother of four, she was represented by IOMA Gallery. Also an independent curator, one of her unique and revolutionary concepts was to present art shows in The Gardens Memorial Park, which resembled a beautiful museum in the heart of Boca Raton. At first, some artists were reluctant to participate in a show held at a mausoleum, but by her third exhibition they were already calling. Greta curated a total of eight shows, including the American Society of Media Photographers of South Florida, before moving to New York in 2008.

Never assume, as I did, that Central Park had a role in their romance. Greta and Richard visited the park together already as a married couple.

Central Park remains one of the most beautiful parks in the world in her view, and Greta has seen so many parks in her travels abroad. She said, “When you step into the park, it’s like you’re not in New York City, but in a forest reserve.”