US Postal Service to push for electric delivery vehicle purchases

US Postal Service to push for electric delivery vehicle purchases

The U.S. Postal Service (USPS) said Wednesday it plans to buy at least 25,000 electric delivery vehicles – more than twice its prior estimate – as it works to replace an aging fleet.

USPS told Reuters it is proposing to purchase at least 25,000 EVs out of its initial order of 50,000 next-generation delivery vehicles from Oshkosh Defense. That’s up from USPS’ prior plan to buy at least 10,019 EVs, or about 20% of the first order. USPS also plans to buy more than 34,500 commercial off-the-shelf delivery vehicles over two years.

The company plans to buy up to 20,000 left-hand drive Commercial Off-the-Shelf vehicles, “including as many BEVs as are commercially available and consistent with our delivery profile” and up to 14,500 gas-powered right-hand drive vehicles. 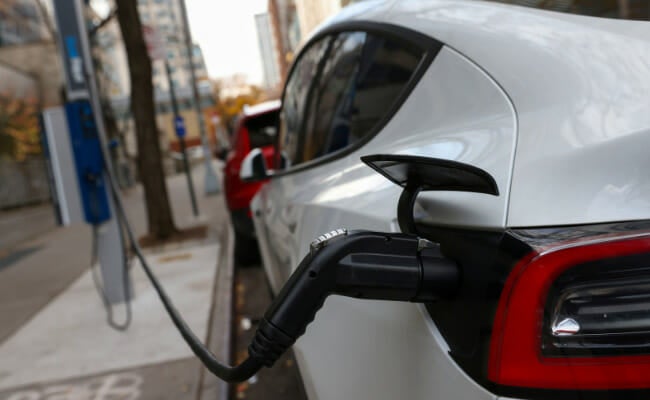 USPS announced in March it planned an initial $2.98 billion order. Last month, the company told Reuters it expected to raise the number of EVs as it supplemented its environmental impact statement (EIS).

In April, 16 states, four environmental groups, and the United Auto Workers filed lawsuits seeking to block USPS’s plan to buy mostly gas-powered next-generation delivery vehicles, arguing that the agency failed to comply with environmental regulations when it issued its EIS.

The White House and Environmental Protection Agency also asked USPS to reconsider, as did many lawmakers.

USPS said it will “also need to make a significant investment in the repair of over 50,000 agings” delivery vehicles “each year to continue extending their useful life, despite the significant operational risk, considerable maintenance costs, and the higher emissions of greenhouse gases.”

It “anticipates evaluating and procuring smaller quantities of vehicles over shorter time periods. ..in order to be more responsive to our evolving operational strategy, technology improvements, and changing market conditions,” the company said.