The Road to the Near North

The Road to the Near North 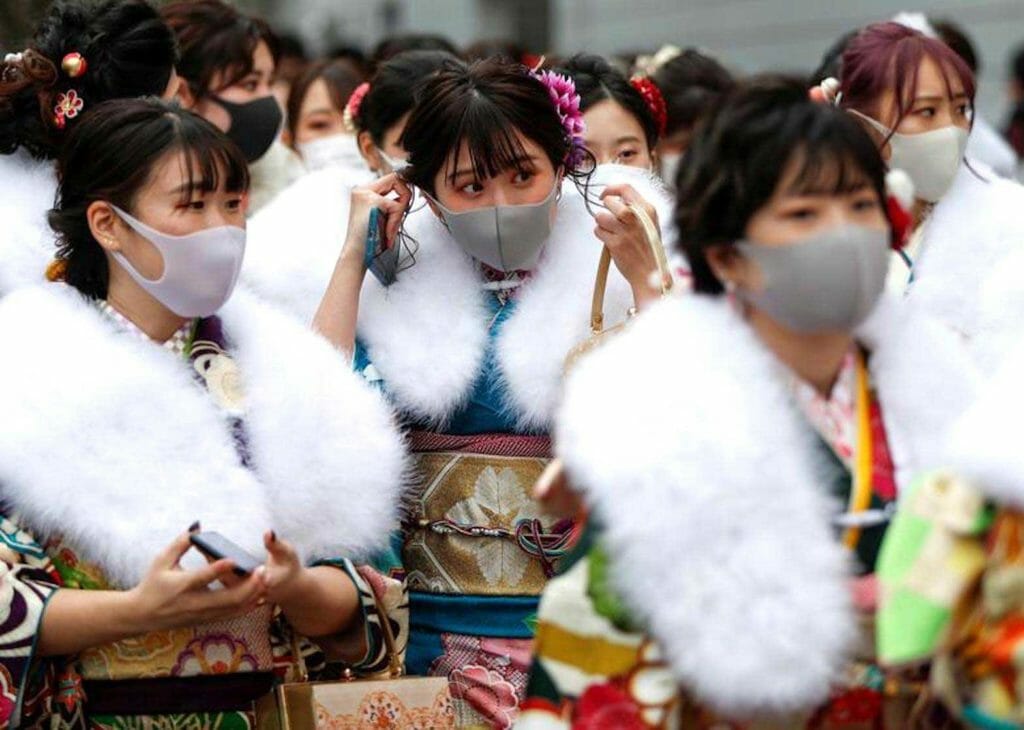 Kimono-clad youth wearing protective face masks leave their Coming of Age Day celebration ceremony at Yokohama Arena in Yokohama, south of Tokyo, Japan January 11, 2021. Mask wearing has never been an issue here, for the simple fact that pre-pandemic, many did routinely wear masks when in public. REUTERS FILE PHOTO

YOKOHAMA—I dislike traveling but I loved to have traveled. That’s partly, perhaps largely, due to monetary constraints, i.e., first class would be wonderful but economy is all I can afford. On the flight over to Japan, as courteous, attentive, and friendly as the flight staff was, in spite of the availability of multitudinous entertainment channels, there was no getting around the cramped space to which one’s corpus was restricted for a good 13 hours.

On the other hand, it was a relief for my wife and I to finally venture abroad, after two and a half years of a pandemic-induced domesticity. Fortunately, none of our fellow passengers were the obnoxious anti-mask-wearing type given to tirades that have been well publicized, and sometimes accompanied by acts of violence. And to be on board that Tokyo-bound flight, not only did one have to show proof of vaccination, take a PCR test within 72 hours of departure, but download as well two apps that could be used to monitor one’s whereabouts and health status while in country. As I write this, I am mindful of the fact that at any moment I can be reached via my cell phone in case anyone from the health authorities should wish to check up on me, or to notify me in case someone on the flight got infected with the virus.

Mask wearing has never been an issue here, for the simple fact that pre-pandemic, many did routinely wear masks when in public. Moreover, on trains and subways, people rarely converse, and when they do it is in hushed tones. Periodic announcements are made, discouraging passengers from using their cell phones and in these pandemic days, such announcements minimize the aerial spread of possibly virulent droplets.

I’m always amazed at the sophistication and efficiency of the transportation infrastructure here: Timetables are adhered to, with delays as rare as a forward-thinking Republican. But it is the cleanliness and the common courtesy that really impresses me. Trash cans may be mostly nonexistent but so is litter. Whatever trash you may generate you simply bring back to your domicile. As for courtesy, drivers routinely stop to let pedestrians cross—a practice if adopted in New York City would surely cut down on the number of pedestrians injured or killed by careless drivers. Motorists would do their fellow Gothamites a favor by adhering to the Supremes’ famous song: Stop, in the Name of Love!

I’ve been paying attention to the chaos in Sri Lanka, where the economy is in meltdown, and the departure of President Gotabaya Rajapaksa before dawn on a military aircraft to the Maldives, like a thief in the night, could be a first step in breaking the ruling elite’s stranglehold on power. Reminiscent of the 1986 People Power uprising in Manila that forced the Marcoses to flee the country, thousands of protesters took to the streets and forced their way into his offices and residence. But will this prove to be an illusory rather than decisive step towards a more democratic, representative form of government?

Sri Lankans would do well to heed the bitter lessons of the Philippines’ experience: allowing the return of the Marcoses in 1991 from their brief exile in Hawai’i enabled their steady rise culminating in once again a Marcos as president, a lightweight whose singular guide will be the malignant rule of his late father that he, claiming au contraire that that those were halcyon days, promises to revive. Woe are us. The citizens of our fellow Asian nation would be well advised to forever bar members of the Rajapaksa clan, and any other oligarchs who may have fled or will flee, from darkening their shores.