The Filharmonic to sing nat’l anthem at Warriors Filipino Night

The Filharmonic to sing nat’l anthem at Warriors Filipino Night 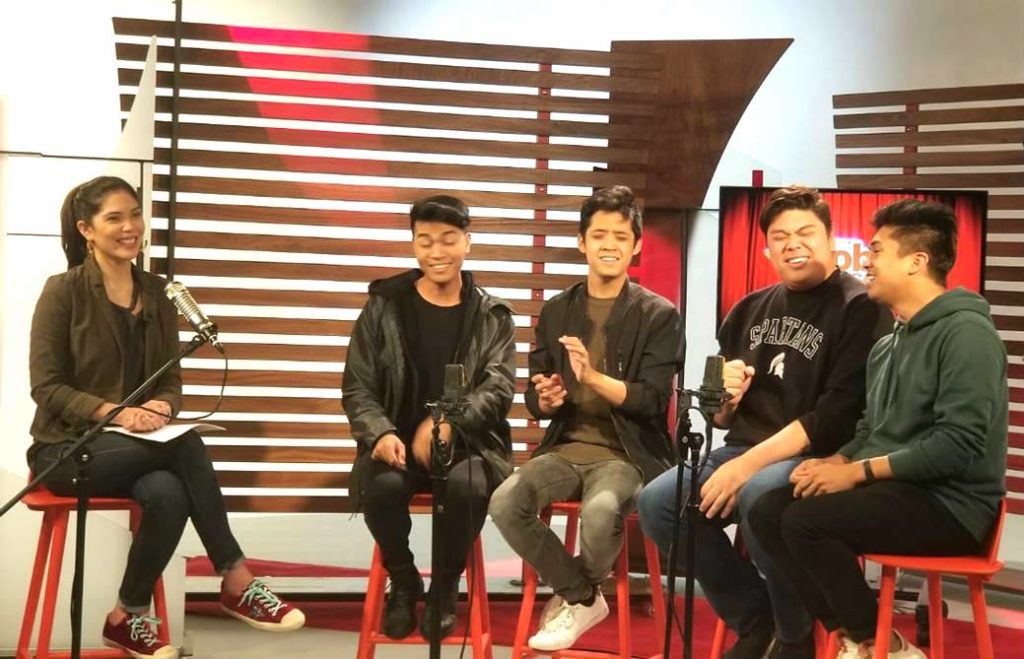 DALY CITY, California — Filipino American a capella singing sensation, The Filharmonic, will sing the U.S. national anthem at the Warriors Filipino Heritage Night presented by Tanduay Rum on Sunday, March 25, at the Oracle Arena in Oakland.

ABS-CBN The Filipino Channel (TFC) is bringing in the number one college-booked entertainment group of the year in the U.S. in 2016, after the much-applauded performances of Bantay Bata Voices and Philippine Concert King Martin Nievera.

The youthful and energetic group and their manager Rose Buado dropped by the San Francisco Bay Area recently (except for Niko Del Ray who flew in from Los Angeles later in the day) for a show in San Jose and to visit the TFC office in Daly City, to shop at the TFC store and to guest on TFC’s daily news show, “BA” and the weekly magazine talk show, “Adobo Nation.”

Tickets to the Warriors Heritage Night may be purchased online at https://www.nba.com/warriors/tickets/groupnights/filipinoheritage or at the TFC Store at the ground floor of DC 2001, Junipero Serra Blvd, Daly City, CA 94014.