Happy Meals to come with Disney toys this summer

Happy Meals to come with Disney toys this summer 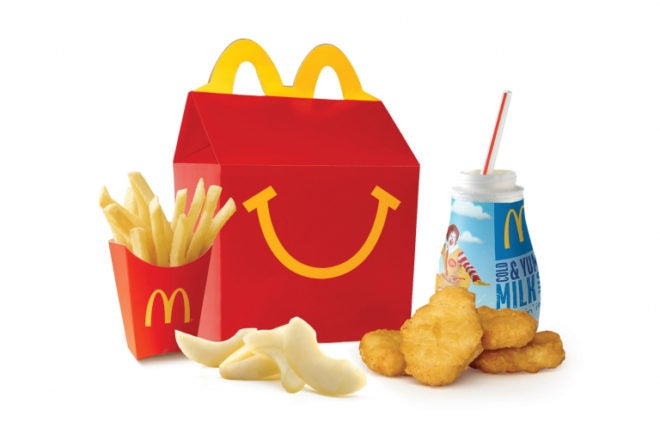 Beginning this summer, McDonald’s Happy Meals in the United States will come with Disney-inspired toys from upcoming films including “Incredibles 2” as part of a newly announced partnership between the two brands.

It will mark the first time since 2006 that McDonald’s will be able to harness the massive marketing draw of Disney films in their Happy Meals, notes AdAge.

Disney decided to drop their alliance with McDonald’s because the Happy Meals failed to meet the nutritional guidelines.

The promotional alliance will launch in June with the release of the hotly anticipated “Incredibles 2”, and will be followed in the fall with “Ralph Breaks the Internet: Wreck-It Ralph 2”, which debuts in theaters Nov. 21.

The latest development is part of a major overhaul of McDonald’s iconic kids’ meal, a marketing strategy meant to clean up its image.

Last month, the chain announced plans to take cheeseburgers off its Happy Meal menus, shrink the size of its fries, and reformulate its chocolate milk.

By the end of 2022, McDonald’s says they aim to make at least half of the Happy Meals offered in 120 markets around the world no more than 660 calories.

Happy Meal toys have been a sore point for child health advocates, who claim that they serve as bait for calorie-laden junk foods.

In 2011, McDonald’s skirted a ban on toys in kids’ meals in San Francisco, by charging a nominal 10 cents for the trinkets and action figures. JB