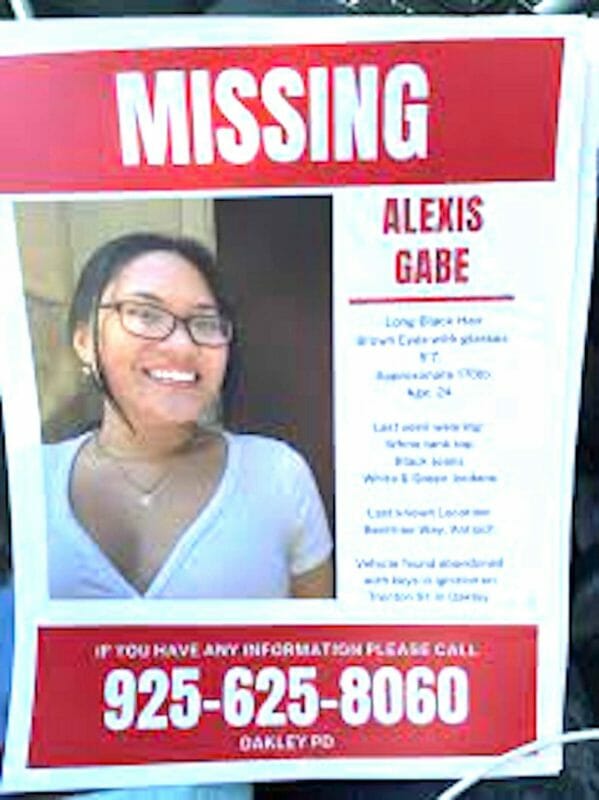 Police in Oakley, California on July 7 gave the parents of missing 27-year-old Filipino American woman, Alexis Gabe, copies of notes handwritten by her ex-boyfriend that could indicate the location of her body, according to ABC7 News.

Gabe’s ex-boyfriend, Marshall Curtis Jones, wrote directions on where to dispose of her body in Pioneer, California, an area 60 miles east of Sacramento.

Investigators and hundreds of volunteers reportedly searched acres of land in Pioneer  for any sign of Alexis’s body, including draining more than eight million gallons of water in a nearby pond. They didn’t find anythibng.

Jones was killed last month when police tried to arrest him near Seattle, Washington. He allegedly charged at officers with a knife.

After Jones’ death, a friend of his gave police a note from two weeks before Gabe disappeared. The note says Jones told the friend he was “thinking about killing Alexis and wanted to know where the best place to hide a body would be.”

Investigators said that Marshall and the friend decided “the best place to dispose of a body would be by placing it in a septic tank or burying the body in a forest area.”

For any information that could help investigators, call the Alexis Gabe tip line at 925-625-7009.