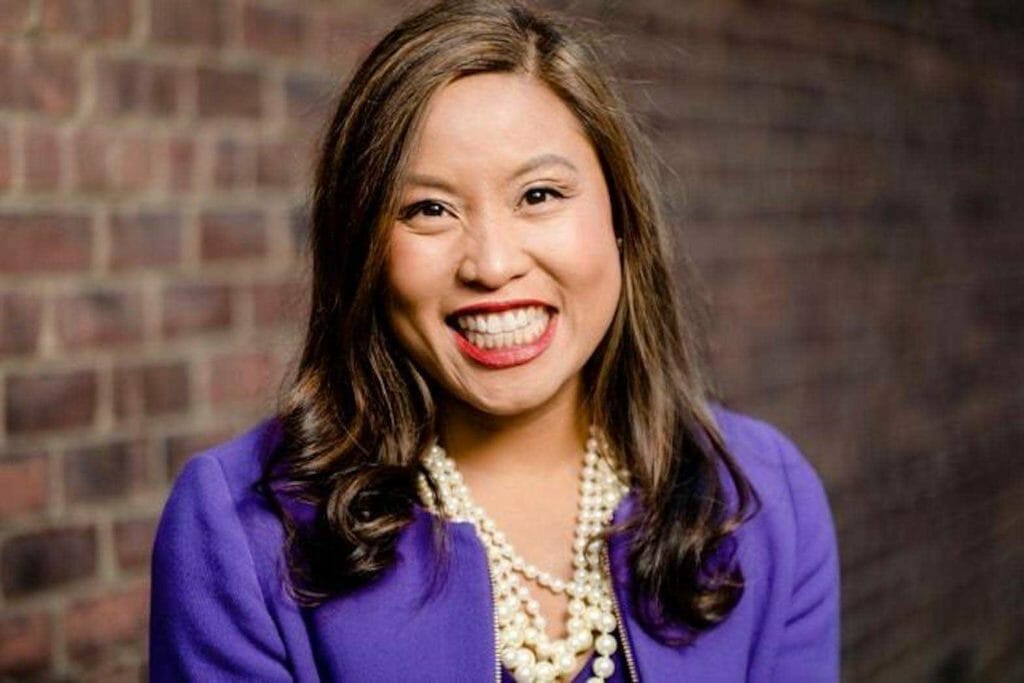 Dr. Melissa May Borja is one of USA TODAY’s Women of the Year for 2021, a recognition she shares with U.S. Vice President Kamala Harris and Melinda French Gates (Photo: Patricia Burmicky)

Not many Filipina Americans are comfortable discussing the issue of abortion, as though the controversy over the issue has boiled over to their adopted country from the Philippines. But not Dr. Melissa May Borja, one of USA TODAY’s Women of the Year for 2021, a recognition she shares with U.S. Vice President Kamala Harris and Melinda French Gates, among others.

Borja strongly believes nobody benefits from silence. “We owe it to our community to speak honestly, compassionately, and lovingly about the issue of abortion.”

Michigan-raised Borja’s father hails from Davao and her nurse-mother from Iloilo. Borja is a professor at the University of Michigan’s Asian/Pacific Islander American Studies Program. In 2020, she started the Virulent Hate Project, which collects and analyzes data on anti-Asian racism during the COVID-19 pandemic. She is in the process of publishing a book on religious communities’ involvement in refugee resettlement. She is married physician Dr. Greg Westin. They have a teenage daughter.

Borja was not surprised when the U.S. Supreme Court finally came out with its decision overturning Roe v. Wade after almost 50 years because a draft opinion had been leaked earlier this spring.

“But even though the decision was expected, I was very disappointed. Most of all, I felt (and continue to feel) very worried, both about the immediate health and safety of women and people who are pregnant, and about the long-term future of my community here in Indiana,” Borja said. “I’m so disappointed because it does not reflect the will of the people, especially Asian American women. Most Americans support abortion all or most cases.”

Borja says Pew research shows that among racial groups in the United States 7 of 10 Asian Americans actually have the highest levels of support for abortion rights, and that 85% Asian American and Pacific Islander (AAPI) women support political candidates who support women’s reproductive choices.

A Unitarian Universalist, a mainline protestant Christian denomination, Borja views the controversial issue of abortion as primarily a health care issue, “a vital procedure that has ensured the safety and health of pregnant people” and that people should be free to decide with their doctor what is best for their own bodies. It is not fair, she says, for one group to impose its religious beliefs on others.

“The issue of abortion is deeply personal to me as people I know and love have needed abortions for a wide range of issues — loved ones got pregnant at a moment in their lives when they were not able to care for a child, loved ones had pregnancies that they terminated because severe birth defects were found in the fetus and some of these beloved friends and family members had major, life-threatening miscarriages and pregnancy complications – and their abortions saved their lives, making it very necessary form of health care,” Borja expounded. 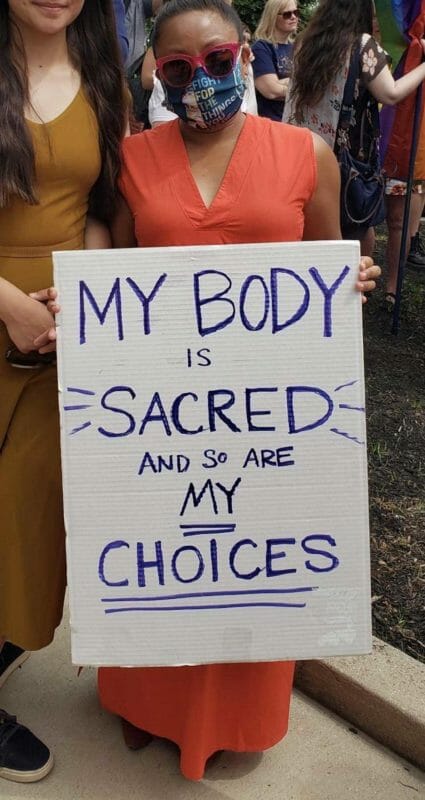 Even before the recent decision of the U.S. Supreme Court on the abortion issue, Dr. Melissa Borja has already been actively rallying in support of reproductive rights of women.  CONTRIBUTED

It is important for Borja to center the experiences of women, girls, and pregnant people and how have they navigated the difficult situations of an unwanted pregnancy, a rape, or a life-threatening complication. Abortion should not be treated as an easy, black-and-white matter, she argues.

“Presently, abortion became very much a political issue as many other health issues like the opposition to Covid-19 vaccination have become,” lamented Borja. “It is strange and doesn’t not need to be this way. We want to make sure that those with cancer get the health care that they need. And following the same logic, those with ectopic pregnancy who might need to terminate their pregnancy should get the health care that they need.”

As such, Borja feels that abortion would be a major midterm election issue on both political parties making it a very  powerful example of how voting matters.

“The Supreme Court would not be making this decision if there hadn’t been people in power appointing these particular (justices). I think this going to add energy to the 2022 midterm elections,” Borja underscores.

As a result of this Supreme Court ruling, Borja strongly recommends that following steps be taken: