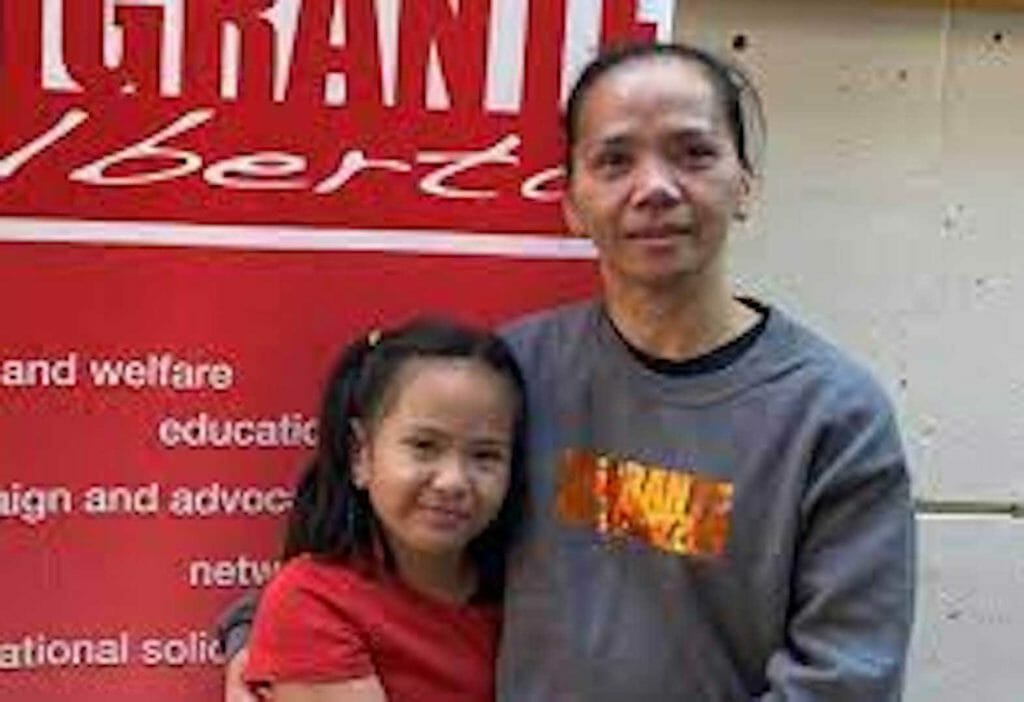 McKenna Rose (with mother, Evangeline Cayanan) has severe ADHD, and supporters fear that without the behavioral therapy she is receiving, and with the stress of being removed to the Philippines, her health will suffer. SCREENGRAB CBC

Canadian immigration authorities put off the scheduled July 8 deportation of a Filipina temporary worker whose six-year-old Canadian daughter would have been forced to go with her back to the Philippines.

Evangeline Cayanan and her Canadian-born daughter, McKenna, do not have to leave this week, her lawyer Manraj Sidhu confirmed.

Cayanan met with Edmonton Centre MP and federal Tourism Minister Randy Boissonnault, who told them their deportation had been paused. Boissonnault confirmed he has met with Cayanan and is working with IRCC (Immigration, Refugees & Citizenship Canada).

Sidhu said he is still waiting on official documentation from IRCC, but his understanding is that Cayanan is getting a one-year temporary residence permit, which will allow her to file more evidence as she makes a case to be able to stay.

Cayanan came to Canada in 2010 as a temporary foreign worker. She alleges she became undocumented after she reported two employers for alleged abuse.

She raised her daughter on her own and became an activist, winning an award from the John Humphrey Centre for Peace and Human Rights for her advocacy for health care access for the children of undocumented parents.

Cayanan applied to the federal government for leave to stay in Canada on humanitarian and compassionate grounds.

She has argued that in the Philippines, her daughter would not have access to health care services she currently gets in Canada.

McKenna Rose has severe ADHD, and supporters fear that without the behavioral therapy she is receiving, and with the stress of being removed to the Philippines, her health will suffer.