We have seen this movie before

We have seen this movie before 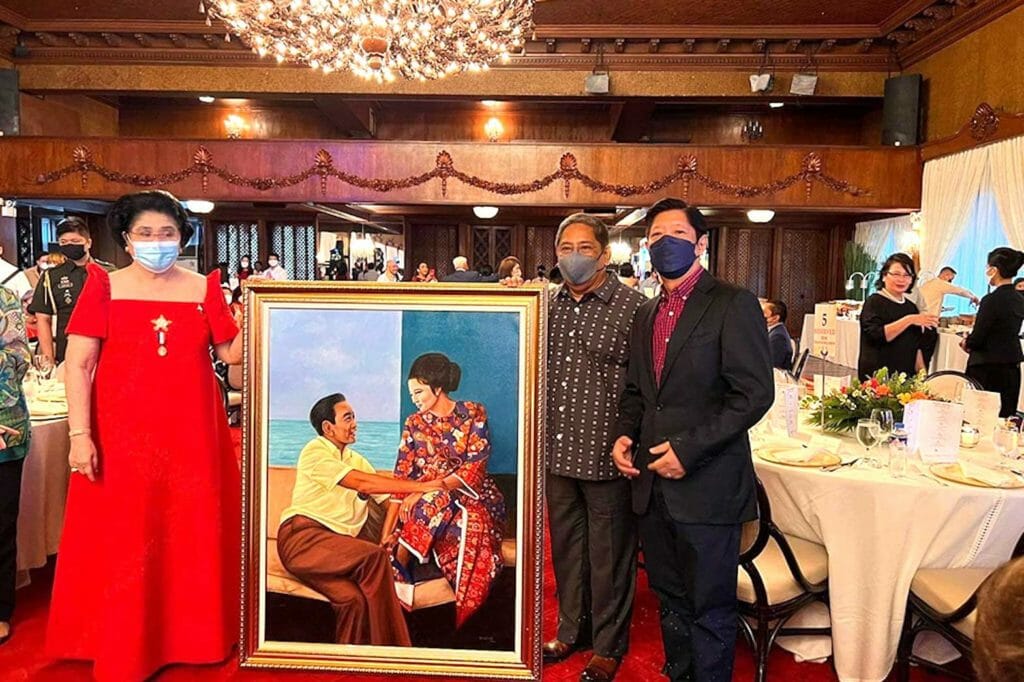 On June 30, Ferdinand “BongBong” Marcos Jr. took office as president of the Philippine Republic, succeeding Rodrigo Roa Duterte, whose daughter Sara was sworn in a few days earlier as vice-president.

The Marcos and Romualdez clans have been ecstatic. For them, happy days are back again, along with the singular opportunity to whitewash history so that the high crimes and misdemeanors of their decades in power will metamorphose into unparalleled public munificence. The Duterte clan is happy as well, for daughter Sara is in place, to prevent any movement on bringing her father before the International Criminal Court, to account for the thousands of extrajudicial killings carried out under a brutal drug war.

Their happiness however is an unbearable sadness for those of us who are all too aware that the public good is not what drives these citizens, but rather their own interests and prerogatives. To be servant leaders, to be a man or woman for others—to them these are simply strange and unwanted notions. The polity they serve is infinitely smaller than the borders of the nation, a notion too abstract for minds limited to clan boundaries and loyalties.

Two events augur what we can expect from the Marcos-Duterte administration, actions taken just days before the end of the Duterte presidency: the renewed attempt by the government’s Security and Exchange Commission (SEC) to shut down Rappler, the independent nonprofit investigative news organization that has been a huge thorn in the Duterte government’s side, and the mass arrest of activists during a peaceful constitutionally protected protest on behalf of small farmers.

That the then incoming administration voiced not even a whisper of a protest surprised no one, a sure indication that the harassment and intimidation of Rappler, and crackdown on peaceful dissent will continue. After all, how dare anyone impede the strides a glorious republic is making towards a golden future!

Maria Ressa, cofounder of Rappler and with Dmitry Muratov awarded the 2021 Nobel Peace Prize, said the order was illegal but “We’ll continue doing our jobs. In fact, our end goal is to keep swatting away at that Damocles sword.”

According to Francis Lim, a lawyer representing Rappler, the SEC lacks judicial authority to enforce the decision. Rappler plans to file a motion before the Court of Appeals to reconsider, and failing that, bring the case to the Supreme Court. Human Rights Watch has called the case a “government vendetta,” meant to stop Ressa and Rappler,” by hook or by crook.”

The mass arrest occurred last June 9 when over 90 protesters—farmers, writers, journalists, and artists—were detained by the police for taking part in cultivating  two hectares of land, out of 200,  that the farmers had been awarded as beneficiaries of the 34-year-old Comprehensive Agrarian Reform Program. The cops allegedly used unwarranted force in making the arrests.

There is of course the looming question of whether the elections were free, fair, and honest. Not according to the International Observer Mission, or IOM. In its recent report, the IOM concluded that “the Philippine Elections 2022, especially the Presidential, Senatorial and House of Representatives elections, including for the 20 percent Party-List seats, failed to meet the international standard of a free, honest and fair election.””

The Mission cited many factors, among them:

We have seen this movie before. What the newly seated administration is touting is a rehash of empty and meaningless promises, glittery on the surface but devoid of any gold. Their imagined community threatens to be a whole country’s nightmare.