How Americans are boycotting companies now I Business

How Americans are boycotting companies now

If you are having trouble keeping track of all the consumer boycotts swirling around, you are not alone.

A quarter of Americans are boycotting a product or company they had spent money on in the past, according to a recent survey from online loan marketplace LendingTree.

Whether because of political differences, stances on social issues, or concerns about environmental impact, people are expressing themselves not only with their voices but with their wallets.

“The numbers are big because people have become more willing to come out and take a political stance in recent years,” said Matt Schulz, LendingTree’s chief credit analyst. “One of the ways people can have their voice heard in an impactful way is through a boycott.”

Boycotts are not new: In fact, when LendingTree ran this survey in the summer of 2020, with the country roiling from protests following the murder of George Floyd, the percentages were even higher. 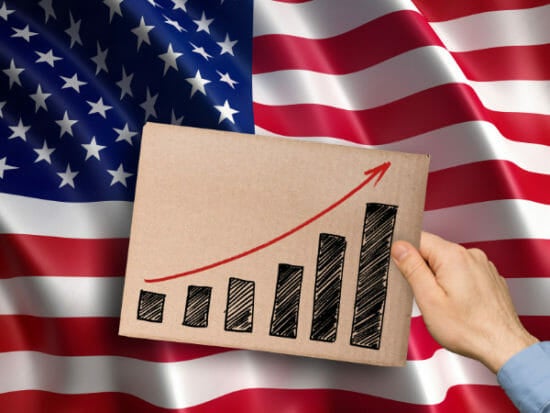 In the most recent survey, of over 2,100 consumers in April, the segments of society most likely to be boycotting some product or company were six-figure earners (37% of them do so), Gen Z (32%), Millennials (28%), those whose political affiliation is Democratic (31%) and Republican (24%).

Boycotts can extend to travel as well: 24% of respondents said they have scratched states or countries off their itineraries because of legislative or policy disagreements.

“Those numbers don’t surprise me, because people are becoming more aware of where to spend their money or not spend it,” said Adrianne Wright, founder, and chief executive of Rosie, a storytelling agency for nonprofit organizations.

“It’s good to rally and march, but just gathering may not get the outcomes you’re looking for. To move the world forward, you have to think about how to make good trouble, and get more creative with your tactics.”

During the administration of President Donald Trump, for instance, the ‘Grab Your Wallet’ movement (grabyourwallet.org) compiled a spreadsheet of Trump-connected businesses to avoid, “to protest the Trump administration’s serial targeting of women, immigrants, and communities of color.”

As an example on the other side of the political spectrum, Disney recently faced calls for a consumer boycott, related to its opposition to Florida’s so-called ‘Don’t Say Gay’ bill.

And on the hot-button topic of Russia, Yale School of Management professor Jeffrey Sonnenfeld has been assembling a list of companies (both American and international) that are still operating in Russia, despite widespread anger in the West over its invasion of Ukraine.

The most-cited reason for boycotting? Political donations were mentioned by 39% of respondents in the LendingTree survey. That was followed by treatment of employees (34%), stance on social issues (33%), and policy positions (30%).

WHEN TO TAKE ACTION?

The real challenge for consumers: How much to let political and social issues guide your purchasing decisions. There are so many potential subjects you might disagree on with a company, that it would be very easy to enter any mall or supermarket and be completely paralyzed.

On a practical level, it requires a huge amount of time and effort to stay current on the issues of every company you do business with on a daily basis. It is also challenging to boycott multinationals that may make hundreds of different products.

Companies can feel like they are being put in a box. Taking a political stance may please some consumers but anger others. Not taking a stance can do exactly the same thing.

Even trickier for companies: consumers most likely to boycott are the biggest earners, according to LendingTree. Among those with six-figure incomes, 77% of them are more likely to spend their cash at businesses that share their political or social beliefs.

“That’s a big deal because businesses tend to listen to people who spend the most money with them,” said Schulz.

For consumers, it is a matter of picking your battles. “We are all so exhausted and overwhelmed with all the issues coming up every single day, so I would say choose one or two issues that are near and dear to your heart,” Wright said.

“You can’t do everything all at once. So what are the issues that break your heart? Then look at the products and services in your life, the ones you come into contact with on a daily basis, and look at the alignment between those products and those issues.”

View comments
TAGS: US businesses, US companies, US consumers