After Florida shooting, ‘Honor how kids want to deal with their feelings’ 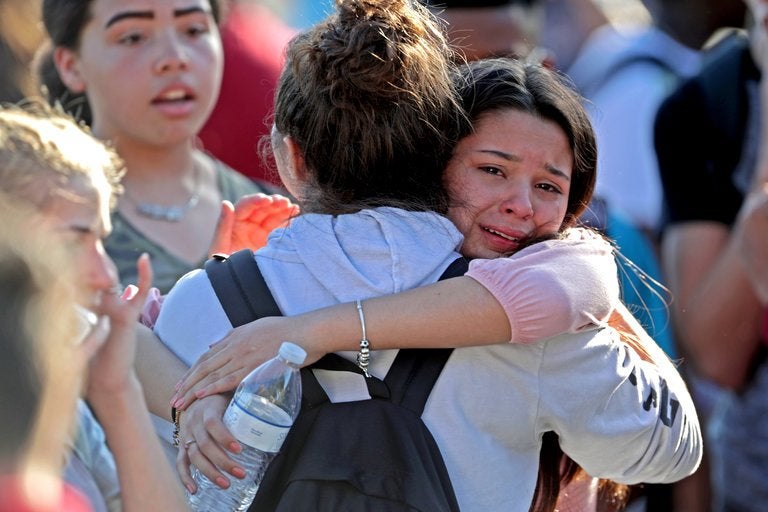 With so much coverage of last week’s grisly school shooting in Parkland, Fla., students, parents and others are struggling to cope.

Christine Sylvest, a child psychologist in Rockville, Maryland, has a unique perspective. She grew up in Coral Springs, Florida, and attended Marjory Stoneman Douglas High School in nearby Parkland, the site of the shooting that left 17 people dead. She moved with her family to Ashburn, Virginia, before her senior year in 1995.

“For me, this was my high school,” she said in an interview with Kaiser Health News on Wednesday. “I can image being in that hallway, and I can only imagine the horror.”

Sylvest talked about how the teenagers at Stoneman Douglas and elsewhere can cope and how parents and educators should respond. Her comments have been edited for length and clarity.

Q: We’ve seen students at Stoneman Douglas and others around the country march in protests. Is this therapeutic for them?

Yes, absolutely. It is really a healthy way for these teens who have been traumatized to do something with the initial reaction of anger and disbelief and shock. And this is a way for other teens to also deal with their feelings of anger and hopelessness.

Q: How can parents help their teenage children deal with their feelings following the shooting?

Parents need not to be afraid to broach the subject with their kids and to ask them what they have seen about it. Kids have seen a lot of information in traditional and social media about the shooting. Parents need to just listen and then validate their child’s feeling by telling them that it is understandable to feel anger, fear and anxiety. 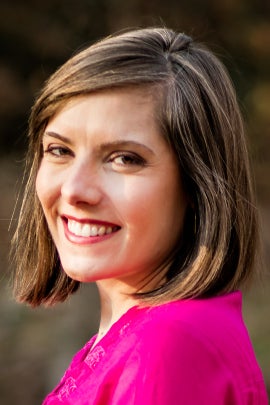 Maryland child psychologist Christine Sylvest, who spent three years as a student at Stoneman Douglas High School in Parkland, said, “For me this was my high school. I can image being in that hallway and I can imagine the horror.” KHN/Aiste Ray/Bee Me

Q: What should parents tell kids who are worried about going to school?

Parents need to emphasize that schools are actually pretty safe places. The school shooting is getting a lot of coverage because it happens so rarely. Emphasize the specific things that their child’s school does to keep them safe, such as fire or intruder drills. And tell them that if they see something [suspicious], they can tell a teacher, administrator or guidance counselor. You can tell kids that anything is possible, but few things like this attack are probable. Give your child concrete information about what  their school is doing to keep them safe.

Q: What are the long-term implications for the mental health and well-being for the kids at Stoneman Douglas?

There are concerns about them developing post-traumatic stress disorder symptoms. Not everyone who went through it will, but some may have symptoms. This includes nightmares and flashbacks and intrusively reliving elements of the trauma. Such things as fire alarms or loud noises can trigger reminders of gunshots. Processing this experience is more of a marathon for some people, and it absolutely could take community and family support and therapy.

Q: Are the children in Parkland, a relatively upscale community, affected differently from the shooting than teens growing up in Chicago or other places where they may be closer to gun violence?

Other areas of the country where gun violence is more common and where children have more experience with it in some ways can make this event even more traumatizing for them to witness. Kids who have not been through a trauma before and generally do not fear for their safety — these are protective factors. So in that community sense, kids in Parkland are more protected from developing symptoms of trauma than kids who are not in safe areas.

Q: How can parents and schools help teens in Parkland try to recover?

Routines are very important to help kids feel normal, but it’s important to honor how kids want to deal with their feelings, and anything within reason should be supported. It is important that kids get back to school, but it may be an individual thing when kids are ready. At Stoneman Douglas, teachers and administrators are really going to have to pay attention to the emotional status of kids and ease them back in. No kid can learn when their feelings are in the way.

Q: Having gone to school at Stoneman, you have a close connection to the shooting. Can you talk about that?

I don’t have family down there anymore. So, for me personally, my memories begin in that high school. I just know it’s affected the whole community.

Any connection we have to something that is happening puts us in the shoes of the victims. Anytime you have a path to empathy — whether it’s being a parent or a high school kid or a band parent or a kid in the junior ROTC — has a powerful point of view that can make these things more upsetting, more traumatic and cause more grief and sadness. That is absolutely normal to feel, and human. And it can be used as a way to not only deepen your understanding and caring for other people, but you can use that closer connection to better talk to your kids or spur you to action such as contributing to a victims’ fund or make sure your kids’ school has an intruder drill.