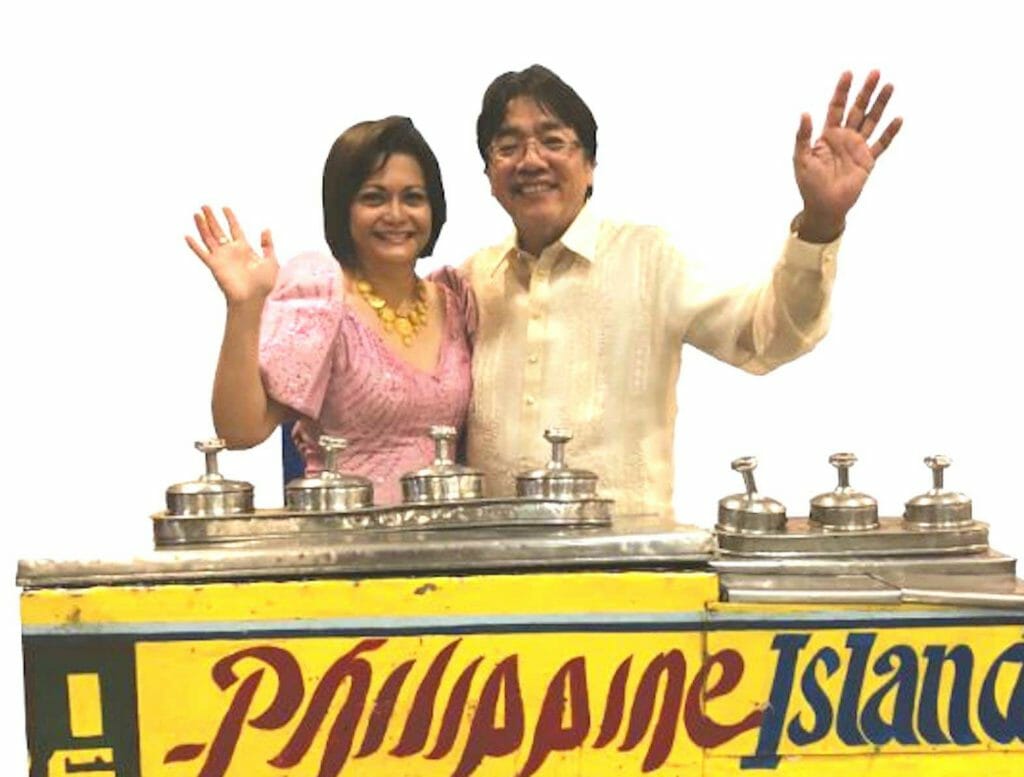 “Fiesta In America has outlasted most other indoor Fil-Am event by not deviating from the town-fiesta model; but that doesn’t mean the event has stopped evolving,” says president-CEO Nanding Mendez, seen here with wife Laura Garcia. CONTRIBUTED.

In the fraught world of festival organizing, no indoor Filipino event on the U.S. East Coast has demonstrated constancy more than Fiesta In America, founded in 1996 in New York City and mounted every year except during the 2020-2021 pandemic.

“It’s been a long, tough fight to claw our way back from the lockdown,” admits Fernando “Nanding” Mendez, Fiesta In America founder and president-CEO, “but we have shown that nothing can stop the power of a big yet simple idea.”

After a two-year pause, Fiesta will re-open at 10 a.m. on Saturday, August 20 but will return to a new venue: Court A of American Dream in East Rutherford, New Jersey. Meadowlands Expo Center in Secaucus had been home for more than two decades.

The big idea was, indeed, starkly simple: to relive the spirit of a Philippine town fiesta, but indoors.

Mendez, an award-winning advertising art director and Caloocan City native, traces the origin of not-for-profit Fiesta In America to 1989 when he founded the glossy quarterly magazine, Special Edition Press, in New York with other ex-advertising colleagues from Makati. The magazine, of which Mendez was both publisher and art director, enjoyed coast-to-coast circulation and a successful run that exceeded the five-year average life span of U.S. micro and small enterprises.

“Special Edition Press made it clear that Fil-Ams will consume thought-provoking media that revolved around their culture and immigrant experience,” Mendez recalls about his fledgling years in publishing. “Just as important, I discovered that U.S. advertisers will support a Filipino-focused mass medium as long as it has the potential to last beyond a few editions.”

Inspired by the magazine’s seven-year print run, Mendez and his wife Milagros branched out into a different medium with similar mass appeal: Filipino-themed indoor staged events. They retained Special Edition Press as the name of the holding company, which eventually expanded into graphic arts, advertising, commercial printing and real estate. 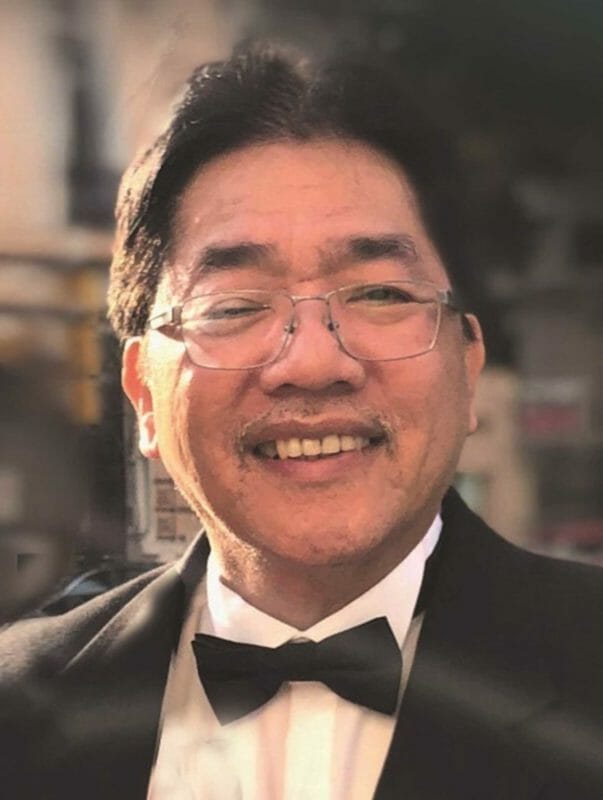 “We first tried our hands as impresarios,” Mendez remembers, “wetting our feet by producing blockbuster concerts headlined by past icons and contemporary stars in the world of Philippine entertainment,” including Kuh Ledesma in New York (1994), Banig in Atlantic City (1995) and Sharon Cuneta, also in Atlantic City (1996).

Major brands eventually took notice of the growing, predominantly Filipino audience at the concerts, giving the Mendezes the opportunity to amplify the musical experience into a more expansive indoor gathering.

Banking on the goodwill built by Special Edition Press and the concerts among fans and advertisers, the couple embarked on what became a merger of nostalgia and business in the FilAm consumer market of New York and New Jersey: the U.S.-Philippines Trade Show and Concert. Held in the summer of 1996 at New York’s Jacob Javits Convention Center, the seminal event featured exhibitors from the Philippines and the U.S., capped by performances from pillars of Philippine film and music, among them Amalia Fuentes, Romeo Vasquez, Gabby Concepcion, Cherry Gil and comedian Pork Chop.

Changes in the venue (the New York Coliseum in 1997 and New Jersey’s Meadowlands Expo Center in Secaucus from 1998 to 2019), the name (Philippine Trade Fair and Fiesta in 1997, Philippine Fiesta from 1998 to 2012, and Fiesta In America Expo and Cultural Show from 2013 to the present), and Mila’s tragic passing in 2012 due to illness did not disrupt the event’s annual staging. Hundreds of small to medium-size Philippine and U.S. businesses, as well as leading national brands have exhibited at the trade pavilion to date. Two-day, indoor attendance has risen from a few hundreds in 1996 to well over 8,000 in subsequent years.

“To evoke the welcoming spirit of fiestas and America’s multicultural face,” Mendez adds, “the cultural shows even featured Chinese and Korean dance troupes, exciting Latino American singers and American Billboard icons such as The Drifters and Gary Lewis and the Playboys. Clearly, mounting such an event with simultaneous activities is complex.”

Along with his beloved Laura Garcia, Vice President for Community Affairs, “we could not have succeeded every year without the expertise of  Ogie Afable, the cultural program’s producer-director, plus a host of dedicated staff and volunteers.”

Mendez is equally proud of Fiesta In America’s direct marketing support for a wide array of Fil-Am and Philippines-based businesses that tapped into the lucrative FilAm market of the mid-Atlantic corridor.

“Every year, our trade pavilion showcased native-goods exhibitors from Luzon to Mindanao, real estate for investment or retirement, Philippine travel attractions, free vital-signs screenings from sponsoring medical centers, free self-improvement and small-business workshops, special sections for children as well as artists and photographers,” says Mendez. “And because food is a huge come-on in every fiesta, our event always served regional Filipino dishes at the native food court.”

The Fil-Am Who’s Who and local U.S.-elected officials are regular guests at Fiesta In America’s companion gala, the People’s Ball, which will mark its 14th year on August 14 at the Marriott Liberty International Airport Hotel.

“Fiesta In America has outlasted most other indoor Fil-Am event by not deviating from the town-fiesta model; but that doesn’t mean the event has stopped evolving,” says Mendez at his midtown Manhattan office.

“Not counting the pandemic hiatus, its most dramatic change in the past 26 years will be the move from the Meadowlands Expo Center, our home for more than 20 years, to the 3-million-square-foot American Dream on August 20. With no entrance fee, and backed by American Dream’s four theme parks, wide dining and shopping choices, plus a Hispanic Pavilion and Latino American performers to commemorate Spain’s lasting influence on our culture, Fiesta In America 2022 is shaping up to become the Fil-Am community’s indoor event of the year.”