When driver Duana Malcolm had her blue Hyundai Sonata sedan ‘wrapped’ as a mobile advertising board, the part-time delivery driver did not expect to make an extra $200 per month.

Malcolm is one of the many rideshare drivers looking for alternate sources of income to cushion the impact of soaring gas prices and higher costs for everything from tires to servicing, as U.S. inflation touches a more than 40-year high.

“It’s not life-changing money, but I know I’m getting money every month for the next five months that’s going to ease my concerns,” Malcolm, who drives in the Miami and Fort Lauderdale areas, said of the arrangement with outdoor ad firm Carvertise. 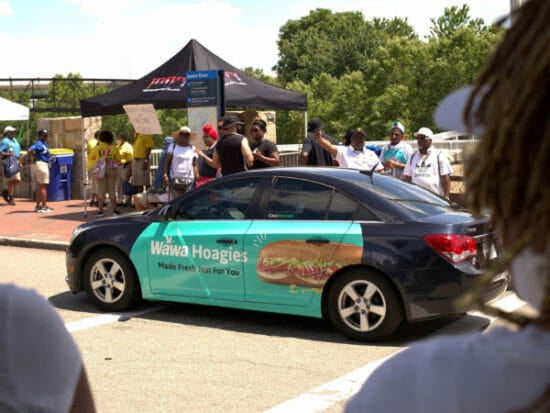 A rideshare car with ads wrapped by mobile advertisement company Carvertise is seen in Richmond, Virginia, U.S., May, 2022 in this file image acquired by Reuters on June 22, 2022. Carvertise/Handout via REUTERS

And it is not just car wrapping, advertisers are also turning to traditional forms like billboards and bus benches, as potential customers who were glued to their screens during the pandemic return to offices and venture out more often.

Carvertise, which pays drivers to wrap their cars in ads printed on adhesive-backed films known as ‘decals’, said it has seen a monthly growth of between 8% and 13% in new signups in the past three months, with more expected.

“By wrapping their cars with our clients’ advertising, rideshare drivers turn their cars into rolling billboards and get paid for something they’re doing anyway: driving,” Greg Star, co-founder of the Wilmington, a Delaware-based firm, said.

Users will have to install an app and register on the platform to take part in a campaign and the company will select the drivers it uses based on the advertiser’s target location and the user’s driving habits, whether commuting to work or working as a rideshare or delivery driver. 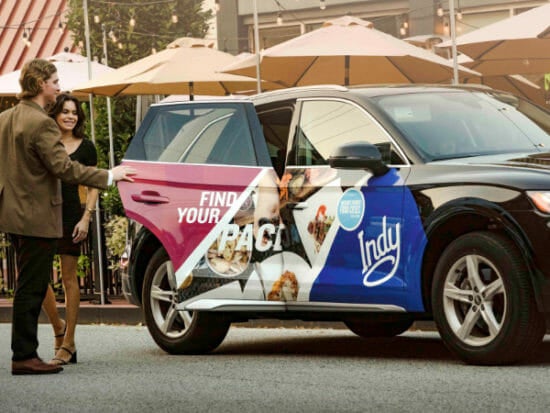 A rideshare car with ads wrapped by mobile advertisement company Carvertise is seen in Chicago, Illinois, U.S., June, 2022 in this file image acquired by Reuters on June 22, 2022. Carvertise/Handout via REUTERS

Market leaders Carvertise and California-based Wrapify said they have thousands of gig drivers on their subscriber list and clients ranging from GoPuff, EA Sports, and 7-Eleven to local law firms. They have plastered thousands of cars with ads.

Although ride-hailing firms Uber and Lyft, under pressure due to acute driver shortages, have announced a fuel surcharge, this has not been enough to make up for the rise in fuel costs, with U.S. gasoline average price rising above $5 a gallon for the first time ever earlier this month.

Uber and others are also in talks on formal partnerships with firms such as Carvetise to boost driver income, a source familiar with the matter said, but nothing has been finalized.

Uber said it has been focused on its cartop advertising network, which has 112 million daily impressions with ad displays atop over 3,000 vehicles across major U.S. cities.

LATEST
U.S. labor market starts to cool; job openings post biggest drop in 2-1/2 years
6 Indicators That Your Business Is Financially Healthy
Explainer: Why U.S. fuel prices are rising again; will they keep rising?
Why You Should Incorporate Memes Into Your Brand Strategy
How to Create a Successful Femtech Startup
5 Ways to Rank Keywords in Google Search Results