Canadian consumer prices increased in May at rates not seen since January 1983, surging past analyst forecasts, largely driven by pricey gasoline, official data showed on Wednesday, upping the pressure on the central bank to hike rates “more forcefully”

Canada’s annual inflation rate accelerated to 7.7% in May, galloping past April’s 6.8% and analyst forecasts of 7.4%, data from Statistics Canada showed. Inflation has now been above the Bank of Canada’s 2% target for 15 months.

“It’s clear that central banks have been losing sleep over inflation … with this report, they’ll need to renew their sleeping-pill prescriptions,” said Jimmy Jean, chief economist at Desjardins Group.

“We’re really in persistent mode. And that’s what has central banks on high alert,” he added. “That’s why the Fed decided to move 75 basis points. And we think the Bank of Canada will be doing the same.” 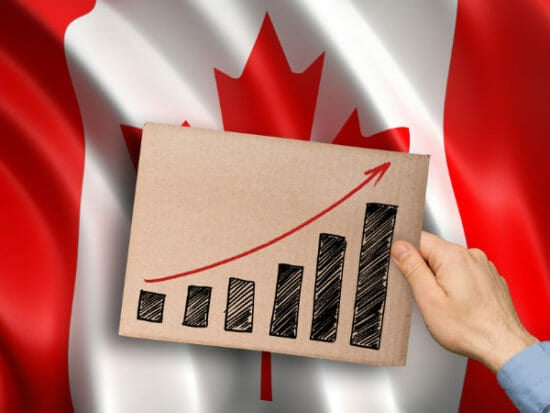 The Bank of Canada raised interest rates to 1.5% from 1.0% this month and said it was ready to act “more forcefully” if needed to tame inflation. Money markets see about an 80% chance of a very rare 75-bp increase on July 13.

Canadian prices rose more in May than in April in every province, led by higher prices at the pump and bolstered by higher services costs. Excluding gasoline, the annual rate rose 6.3% up from 5.8% in April, Statscan said.

“It wasn’t just the 12% rise in gas prices, which was well known, it’s the fact that every measure of core took a big step up from upwardly revised levels,” said Doug Porter, chief economist at BMO Capital Markets.

“It is fairly clear that the pressures are spreading out and risking becoming much more entrenched,” he added.

Energy prices rose 34.8% on an annual basis, while grocery price gains matched April’s increase at 9.7% and shelter cost inflation also matched April at 7.4%. Prices for services rose more in May than in April, led by hotels and restaurants.

CPI common, which the central bank says is the best gauge of the economy’s performance, hit 3.9%, beating forecasts of 3.5% and matching a July 1991 high. CPI median and trim, at 4.9% and 5.4% respectively, were the highest on record.