Fashionista dogs on the runway

Fashionista dogs on the runway 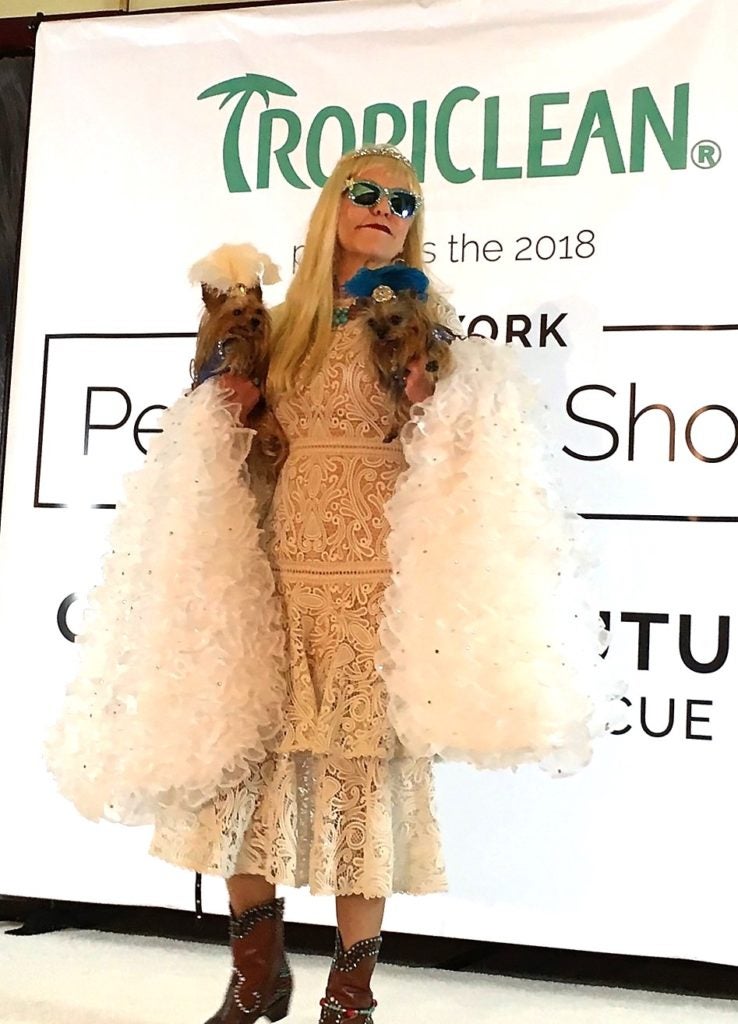 NEW YORK — Designers and prominent models walked down the runway for a cause. Dolce & Gabbana’s denim bride made a come-back in miniature doggy version.  Fashion photographers and TV camera crews lined up, focused on the rescue dogs strutting their tails off. The annual New York Pet Fashion kicked off the Year of the Dog during New York Fashion Week, for the benefit of NYC Mayor’s Alliance for homeless dogs.

The largest pet fashion and animal rescue benefit in the world was founded by the indefatigable editor-in-chief of Hamptons Pet magazine, Gregg Oehler, who presented a four-part show:  International Carnival and Hat Couture; Country Western Couture; Made in USA; and Best in Show. A magnificent diamond necklace by Pampet Ltd. was raffled out to patrons. Manhattan’s pet lovers and their pooches were all dressed up in western outfits amidst a freezing winter weather. 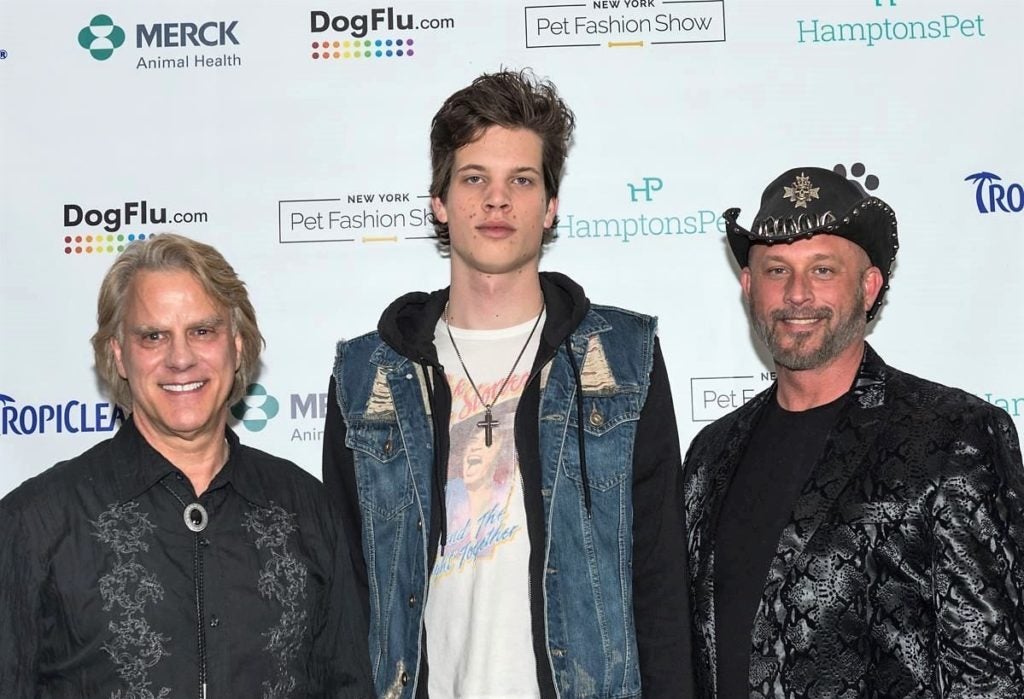 Master of ceremonies, pet expert and trainer of over 700 police service dogs, Harrison Forbes ably narrated the individual journeys of each rescue animal and its owner, while describing the haute couture pieces that adorned all dogs, some cats, a lizard, a hen and a turtle, all decked with tiny hats. Forbes’ son, a Rolling Stones magazine model, also strutted the runway.

Filipina-British model-actress Rachel Grant donned a saloon girl outfit, she walked with rescue dog Joey. Famous for her role as a Bond girl in the movie “Die Another Day,” she recently figured in a BBC coverage of her latest expose’ against actor Steven Seagal, part of #MeToo and Times Up movements to combat sexual advances committed against Hollywood actresses and to empower women victims of sexual harassment,

Grant credits her Filipina heritage for her ability to move on after that incident many years ago. She cited victims of typhoon Haiyan who lost everything, including children, yet they did not lose hope. Asked about her experience, “I want to defend women (victims) who came out after many years. If something like that happens, you are humiliated, traumatized, embarrassed, shamed, you do not want anyone to know. I moved on, I am a positive person. I attribute it to my Philippine culture.”  Her video interview followed after her cat walk: https://www.youtube.com/watch?v=MK24bhGVhSo&feature=youtu.be

During the show, Grant promoted Philippine-based company Human Nature for its all-natural products, including dog shampoo Furry Kind, which she produces with her label. She also mentioned her recent travel to Philippines shown in a 12-part video entitled “Fun in The Philippines” for Storia and her social media following. Several friends from the New York pet fashion scene expressed interest in visiting the country. 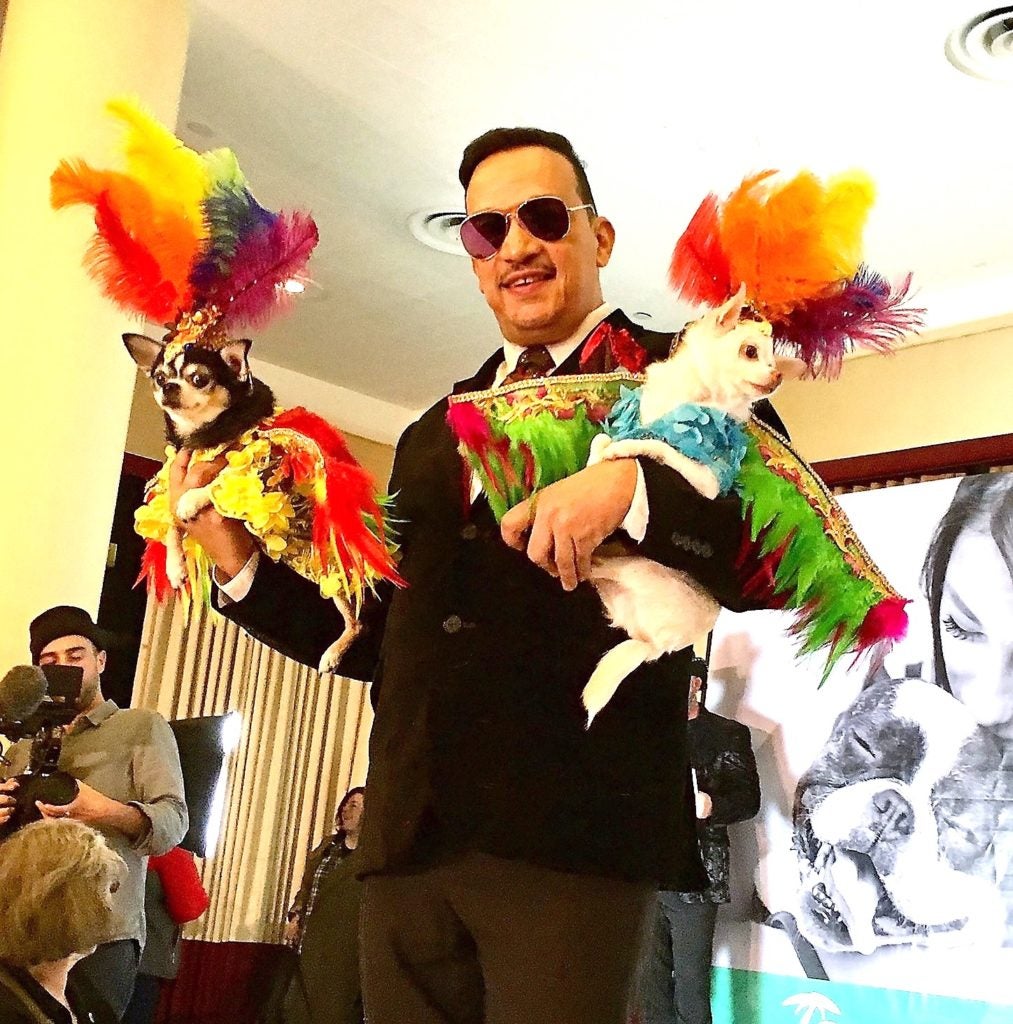 Hamptons Pet magazine leading sponsors continue to support the annual pet fashion show for the benefit of animal rescue projects. TropiClean gave away full sets of Fresh & Breath to all dog owners to try. Made of green tea and natural ingredients, the gel form product amazingly works after the first application, by simply a drop on both sides of the dog’s mouth, no need for actual brushing. Another discovery is the WizSmart Pads produced from unused baby diapers by a Brazilian company.

The venue Hotel Pennsylvania ideally located across the Penn Station is acknowledged as the only Westminster Pet Show Hotel and voted as the most Pet-friendly Hotel of the Year. Special rates are given to pet owners and annual participants of the Westminster and Pet Fashion Show. Solid Gold salmon treats were aplenty, veterinarians, pet photographers, dog designers, hat couture and fancy apparel were all displayed during the show. Even dog flu vaccine was available through Merck Animal Health provider.