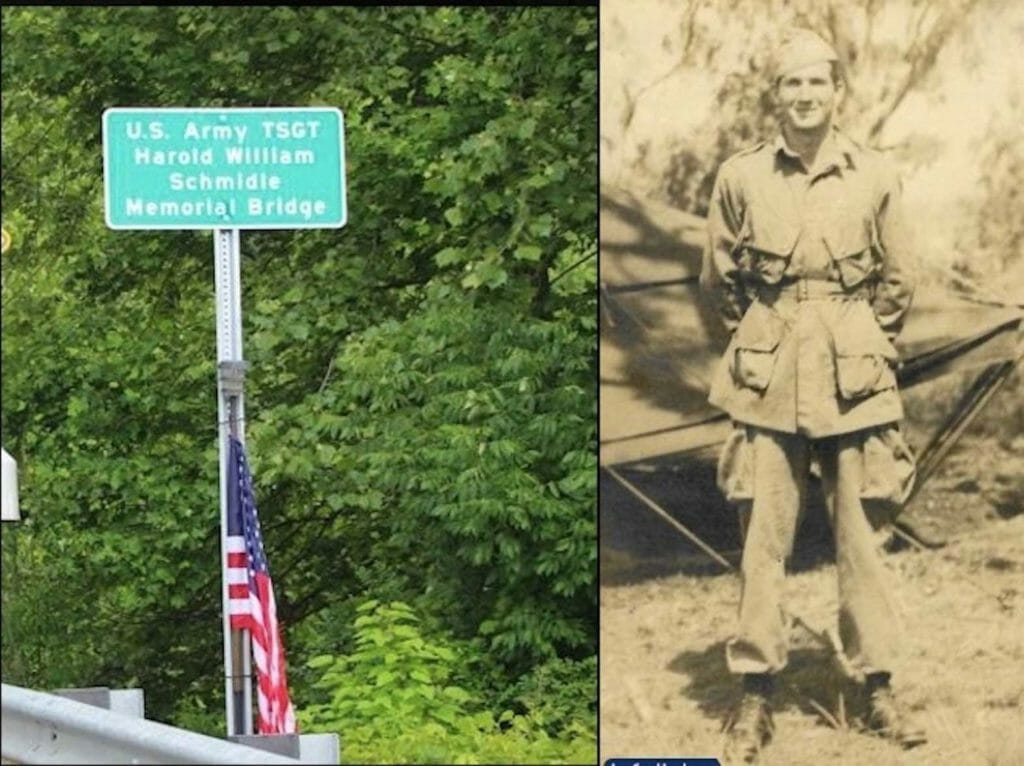 A span known locally as the Albright Bridge in Preston County was named the “US Army TSGT Harold William Schmidle Memorial Bridge,” on June 11,

ALBRIGHT, West Virginia — A West Virginia Senate resolution has named a rural bridge in honor of a U.S. Army paratrooper who was killed in the Philippines during World War II.

A span known locally as the Albright Bridge in Preston County was named the “US Army TSGT Harold William Schmidle Memorial Bridge,” on June 11, WBOY-TV reported.

Schmidle served 37 months in the Pacific theater during World War II as a rifle squad leader in the 503rd Parachute Infantry Regiment. He was killed in the Battle of Banzai Point on Corregidor Island in February 1945.

Schmidle was posthumously awarded with Purple Heart and a Silver Star medal “for taking up a dangerous flank position, with utter disregard for his own life, repulsing several enemy rushes, and holding his position until mortally wounded without asking for help,” the state Senate resolution said.

Schmidle was born in 1921 in Albright. One of 14 children, he enlisted in the infantry as a young man

Randy Schmidle, the paratrooper’s nephew, said the bridge dedication was important to his family, who will “honor his sacrifice” when they drive across it.

This request to the Division of Highways has been three years in the making for the Schmidle family.