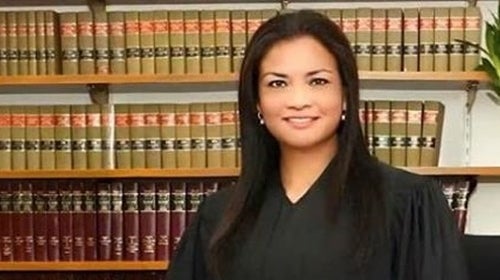 She was found guilty of mail fraud affecting a financial institution and bank fraud on Feb. 15 at the Dirksen Federal Courthouse. The judge set her sentencing hearing for July 6.

O’Brien presided over a small claims court but was moved to non-judicial duties after her indictment by a federal grand jury on April 14 of last year. Her conviction removes her as a circuit court judge according to state law.

Around 2004, O’Brien purchased two investments properties in the 600 block West of 46th and 800 block of West 54th on Chicago’s South Side. She knowingly presented false information on loan mortgage and mortgage refinancing applications.

She failed to list her $250,000 home mortgage when she applied for a loan, according to a Chicago Sun Times report.

She was working part-time as a loan originator at AmronBank Mortgage where she met co-worker Maria Bartko.  They conspired to lie about relevant facts from lenders such as Citibank, New Century Mortgage Corp. and First Magnus Financial Corp.

In 2007, she sold the properties to Bartko and a straw buyer, according to a Chicago Tribune report. The straw buyer was in default for not making the monthly payments and the property was foreclosed.

She obtained a $25,000 commercial line of credit to maintain the properties before she sold them, a Chicago Tribune report said.

O’Brien earned $325,000 from the sale after paying kickbacks to a straw buyer.

Bartko pleaded guilty in January 2018 to one count of mail fraud affecting a financial institution. She did not testify against O’Brien.

At the time, O’Brien was a special Assistant Attorney General for the state Department of Revenue and a chief counsel to the Illinois Lottery.

Prosecutor Matthew Madden testified that when she was the owner of O’Brien Realty, LLC, she claimed to have made $250,000 on her tax returns but receipts showed she made significantly less a Chicago Tribune report said.

Another discrepancy was when she listed her income to be $81,000 during the time she was on maternity leave, but had only made $11,000 that year, Madden added.

Her attorney Ricardo Meza claimed that she had just made a mistake and “mistakes are not fraud.”

O’Brien ran unopposed in 2012 and became the first Filipina American to be elected as a Cook County judge. That same year, her husband Brendan, also ran unopposed and won a seat as a judge as well.

O’Brien immigrated to the US after high school. She went on to receive degrees in restaurant management and culinary arts from Boston University. She eventually shifted her career focus by obtaining a Masters of Laws in Employee Benefits and Taxation from the John Marshall Law School in Chicago in 1998.

She is the first Asian to be elected to the Women’s Bar Association of Illinois in 2015 and was on the board of governors for the Illinois State Bar Association. She was also a contributing editor to the Chicago Daily Law Bulletin and had a column called “Making It.”

O’Brien was a keynote speaker at the 40th annual Philippine Independence Week Committee’s (PIWC) dinner ball gala in 2015 where she discussed eliminating graft and corruption in the Philippines and protecting victims of human trafficking and human rights violations.

In a 2016 profile on O’Brien for ABC- Channel 7, her boss Judge Timothy Evans, called O’Brien “open…optimistic…tenacious” and “committed to justice,” adding “we want to see more like her.”

She is married to Judge Brendan A. O’Brien with whom she has three children. She is a native of Cebu.