Rising gasoline, food prices push US consumer inflation in May

Rising gasoline, food prices push US consumer inflation in May

U.S. consumer prices accelerated in May as gasoline prices hit a record high and the cost of services rose further, suggesting that the Federal Reserve could continue with its 50 basis points interest rate hikes through September to combat inflation.

The consumer price index increased 1.0% last month after gaining 0.3% in April, the Labor Department said on Friday. Economists polled by Reuters had forecast the monthly CPI picking up 0.7%. Gasoline prices shot up in May, averaging around $4.37 per gallon, according to data from AAA.

They were flirting with $5 per gallon on Friday, indicating that the monthly CPI would remain elevated in June.

Inflation was last month also boosted by higher prices for other goods like food, which has surged in the aftermath of Russia’s unprovoked war against Ukraine. China’s zero COVID-19 policy, which dislocated supply chains, is also seen as keeping goods prices strong. 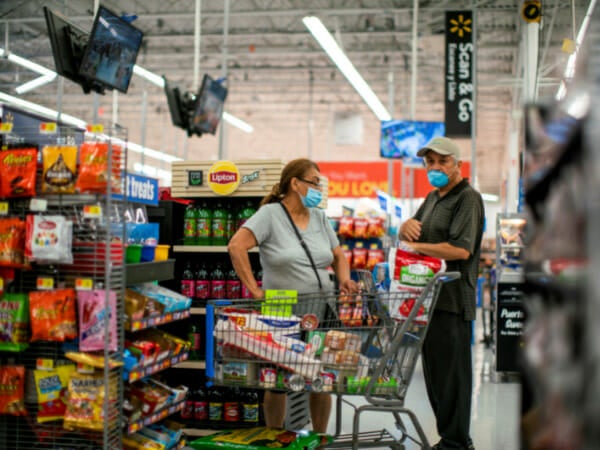 Prices for services like rent, hotel accommodation, and airline travel were also high last month. There had been hoping that the shift in spending from goods to services would help to cool inflation. But a tight labor market is driving up wages, contributing to higher prices for services.

The inflation report was published ahead of an anticipated second 50 basis points rate hike from the Fed next Wednesday. The U.S. central bank is expected to raise its policy interest rate by an additional half a percentage point in July. It has hiked the overnight rate by 75 basis points since March.

In the 12 months through May, the CPI increased 8.6% after rising 8.3% in April. Economists had hoped that the annual CPI rate peaked in April.

Excluding the volatile food and energy components, the CPI climbed 0.6% after advancing by the same margin in April.

The so-called core CPI increased 6.0% in the 12-months through May. That followed a 6.2% rise in April. Inflation by all measures has far exceeded the Fed’s 2% target.