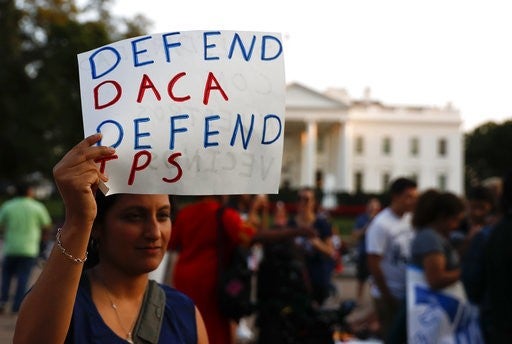 This move comes amidst another week in the months-long immigration wrangle.

Judge Nicholas G. Garaufis of the United States District Court for the Eastern District of New York argued that the federal government’s decision to end DACA — which has granted more than 690,000 undocumented youth work authorization and protection from deportation among other benefits — was an unlawful “abuse of discretion.”

Garaufis also noted that the Trump administration’s claim that DACA was passed unlawfully in 2012 was a “plainly incorrect factual premise.” Obama had signed DACA into law via an executive order, an action that drew criticism from conservatives at the time.

The judge acknowledged the widespread financial opportunities DACA has provided (as identified by the plaintiffs), noting that DACA recipients have “raised families, invested in their education, purchased homes and cars and started careers.”

He added that the administration didn’t seem to acknowledge or consider these benefits, writing “that alone is sufficient to render their supposedly discretionary decision to end the DACA program arbitrary and capricious.”

The federal judge from Brooklyn becomes the second federal judge to temporarily block the Trump administration from ending DACA, further complicating its plans for a major immigration overhaul.

In early January, U.S. District Court Judge William Alsup of San Francisco ruled that the sudden termination of DACA “deprived DACA recipients of constitutionally-protected property and liberty interests without due process,” as previously reported by the Asian Journal.

His views mirror those of Garaufis in that he, too, was concerned over the perceived “abuse of discretion” in the administration’s termination of the program.

Garaufis’ ruling occurred during the week that the Supreme Court was to meet behind closed doors to decide whether to take up the Trump administration’s challenge to Alsup’s ruling.

The Justice Department (on behalf of the Trump administration) said that it will not back down on its claim that the administration’s termination of DACA was “within its lawful authority” and all “vigorously defend this position.”

The Trump administration is likely to challenge Garaufis’ ruling in the weeks to come as the spirited immigration debate continues. In the meantime, only current DACA recipients are allowed to renew their enrollments through U.S. Citizenship and Immigration Services.