South Dakota Governor Kristi Noem, a staunch ally of former President Donald Trump, easily won the Republican nomination to seek reelection in November, while a former member of Trump’s cabinet was locked in a tight race in his Montana primary for the U.S. House of Representatives on Tuesday.

Noem, known for her opposition to COVID-19 restrictions, won her primary with 77% of the vote, while former Trump Interior Secretary Ryan Zinke of Montana was locked in a tight race as he seeks the party’s nomination to return to Congress.

At the other end of the political spectrum, San Francisco’s progressive Democratic district attorney Chesa Boudin was recalled from office by Democratic voters frustrated with spikes in homicides and gun violence, according to Edison Research. With more than two-thirds of the expected vote in, 61.3% of voters opted for Boudin’s ouster.

His fate could ring alarm bells for Democrats, who have been painted by Republicans as being lenient on crime ahead of November’s midterm elections.

With President Joe Biden slumping in the polls and soaring inflation souring voters’ moods, Republicans are expected to win control of the House and possibly the Senate, which would bring Biden’s legislative agenda to a halt and give Republicans the power to launch distracting and possibly politically damaging investigations. 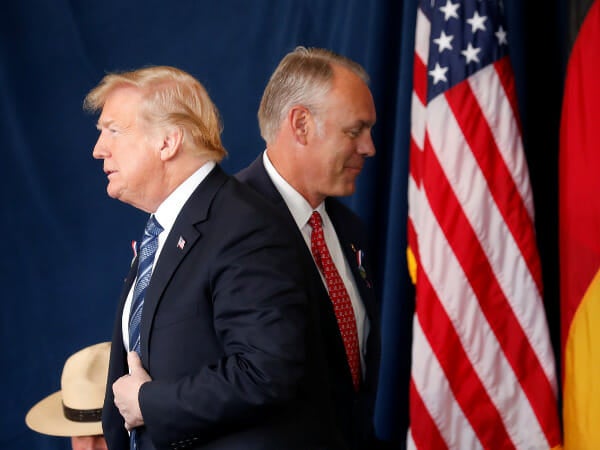 Just 41% of Americans approve of Biden’s performance as president, near the lowest level of his presidency, according to a Reuters/Ipsos public opinion poll completed on Tuesday.

The poll also showed the Democratic Party and the Republican Party were neck-and-neck in voter preferences ahead of the November congressional elections. Thirty-nine percent said they would vote for a Democrat compared to 37% picking a Republican. The difference was well within the poll’s 4 percentage point credibility interval.

In Montana, with about half of the expected vote counted, Zinke and Al Olszewski, a former Montana state senator, each held 40% of the vote, according to Edison Research.

Zinke’s primary came months after an inspector general report accused him of using his position as head of the Interior Department to advance a development project in his hometown and lying to an ethics investigator. He has denied wrongdoing.

Noem has been mentioned as a possible vice presidential running-mate if Trump seeks election again in 2024 or as a White House candidate in her own right if he does not.

Republicans are favored to easily win the South Dakota governor and Montana House races in November.

Republicans also nominated candidates to take on embattled House Democrats, setting the stage for contests that will help determine control of that chamber.

Kean, the son of popular two-time Governor Thomas Kean, had more than 45% of the vote, far ahead of any of his field of rivals. Malinowski, who is viewed as one of the most vulnerable Democrats in the country, also secured his renomination.

“I am both humbled and fully committed to flipping this seat in November,” Kean said in a tweet after winning his primary.

Nunn, the only Republican contender who has held elective office, boasts a string of endorsements from high-profile party luminaries including Trump’s former Secretary of State Mike Pompeo and several sitting House Republicans.

While Boudin lost his fight against a recall in San Francisco, Rick Caruso, a billionaire developer, and former Republican battled U.S. Representative Karen Bass and a host of other liberal candidates in the Los Angeles mayoral election.

Caruso was leading Bass with 41% of the vote to 38% with some 40% of votes counted. If neither receives a majority of the vote, they would face off in a run-off election in November.

Caruso, who has spent more than $30 million of his own money in the campaign, made crime the centerpiece of his candidacy in a city where homicides reached a 15-year high in 2021. That forced Bass, a longtime progressive champion in Congress, to move to the center and pledge to put more police on the streets. Caruso and Bass could be headed to a runoff, polls show.

A replacement for Boudin will be chosen by San Francisco’s mayor, London Breed, a Democrat who has criticized the prosecutor but did not take a stance on the recall.