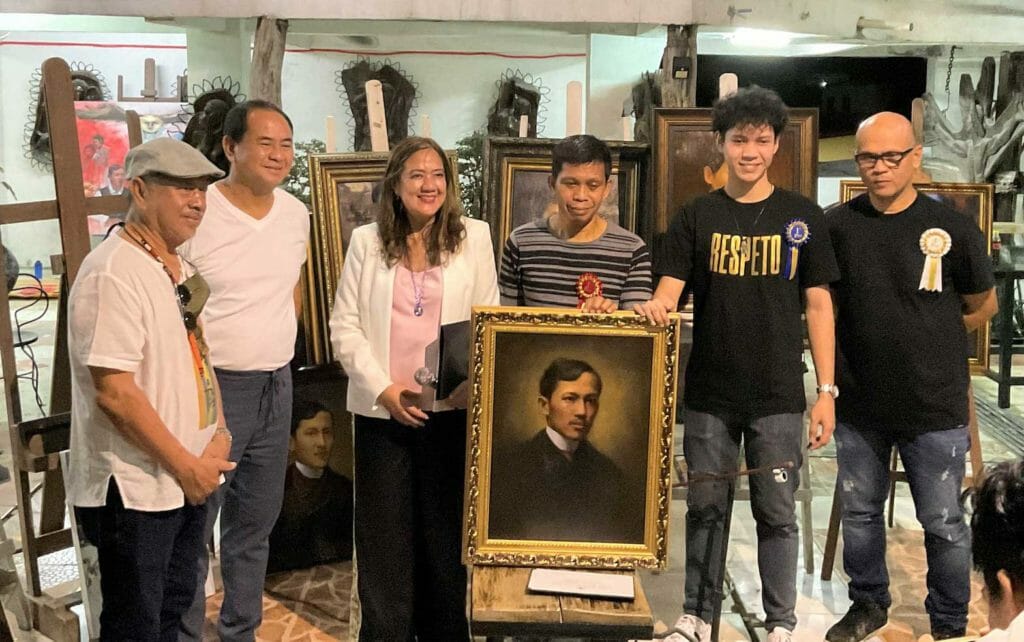 New York-based nonprofit Eagle Eye Charities Inc (EEC) NY charity launched the competition in December 2021 during the KOR NY gala  at The Players NYC. (Entries can be viewed at the website: https://EagleCharities.org)

The Third Place, an award sponsored by Dr. Dely Go, is Romar Quimada, a protégé of Orley Ypon at  his Aroma Art Atelier studio at Toledo City, Cebu.

The awards include cash, round-trip airfare to New York City, assistance in US visa processing and hotel accommodations for the First Three winners. Additional opportunities for international exhibits are currently being arranged. 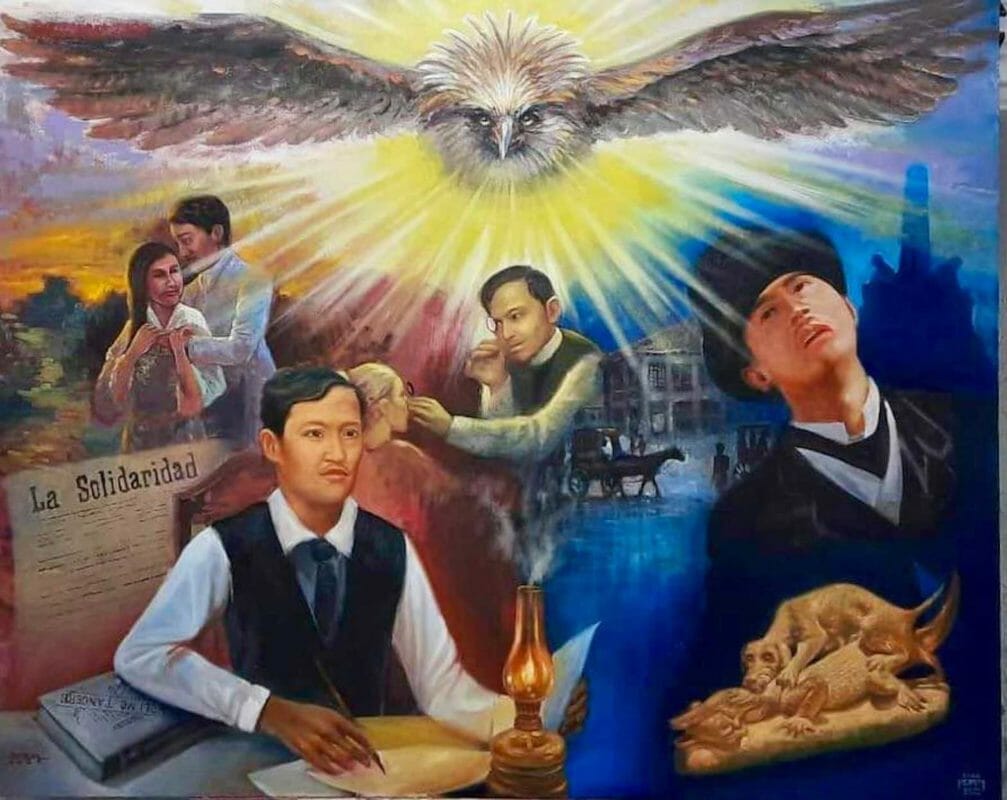 Seven of the winners attended the event highlighted by a mural painting interaction. Founder Carol Tanjutco  explained, “The mural is about the Diaspora of a Global Filipino, featuring the many roles of Dr. Jose Rizal, portraying him as a journalist, as a doctor, as a lover and a hero.

On top of the mural is the Philippine eagle which is also the logo of Eagle Eye Charities, symbolic of our outreach to tribal lands, supporting indigenous people.” Part of the proceeds of the nonprofit benefitted this year’s Talipanan Mangyan School outreach.

Fourth Place winner is Jonathan Abellana, also the Founder’s Choice, and a tie for the Fifth Place went to an art teacher John Paul Abejar and  Aroma Art Atelier student Rembert Quimada. Sixth Place went to Junevy Llosa from Rizal, Seventh is another Cebuano art teacher Garry Allan Watin , Eighth is the only female winner Jessa Dulay from Manila, Ninth is Crispin Bobier from Ronda, Cebu, and the Tenth is  Jeffrey Almario from Manila.

Special awardees were also selected by sponsors. Atty Elizabeth Cueva award went to Maria Francisca Juarez, Dr. Leo and Nicer Jurado’s Choice went to watercolorist Rene Canlas from Manila, whose entry is his first oil portrait after many years. Fiesta in America Award also went to Rembert Quimada. Trustee Rubee Alcantara’s Choice is Ismael Esber from Rizal. The Rachel Grant Awardee is yet to be announced. More sponsors are invited to view the artists’ works.

The next 24 portraits will be recognized in an online exhibition on June 18, 2022, the eve of Dr. Jose Rizal’s 161st birth anniversary, to be participated by New York based Eagle Eye Charities Trustees and sponsors.

A grand exhibition awaits all participants scheduling through NCCA local galleries. Founder Tanjutco will meet London based Knights of Rizal of Great Britain who expressed interest to showcase all the portraits.