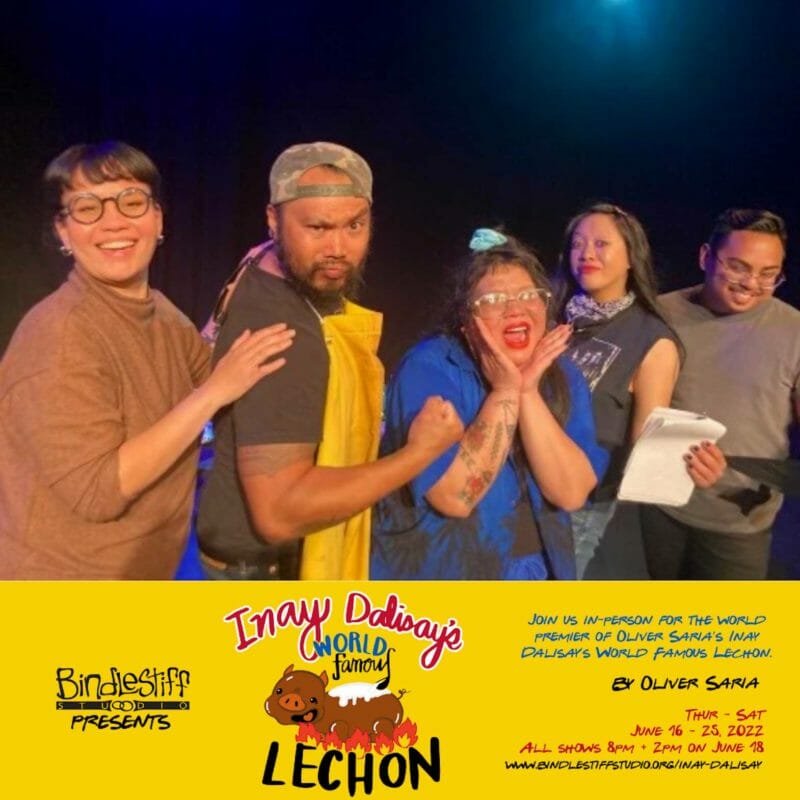 Director Aureen Almario, states, “When I first heard Oliver’s play, it felt like a homecoming–like a warm embrace when you see a loved one–something we’ve been missing during the pandemic. I thought it was the perfect play to welcome folks back into the theater because the characters, the themes, and the events resonated with me so much. It’s a Filipino family party and everyone is invited, the more the merrier.”

Inay Dalisay’s World Famous Lechon is a raucous comedy about family, food, and fake meat. Set in the Labis family’s extravagant backyard kitchen (a.k.a. “dirty kitchen”) over a series of get-togethers, the characters hilariously navigate their complicated relationship with food – literally and figuratively. 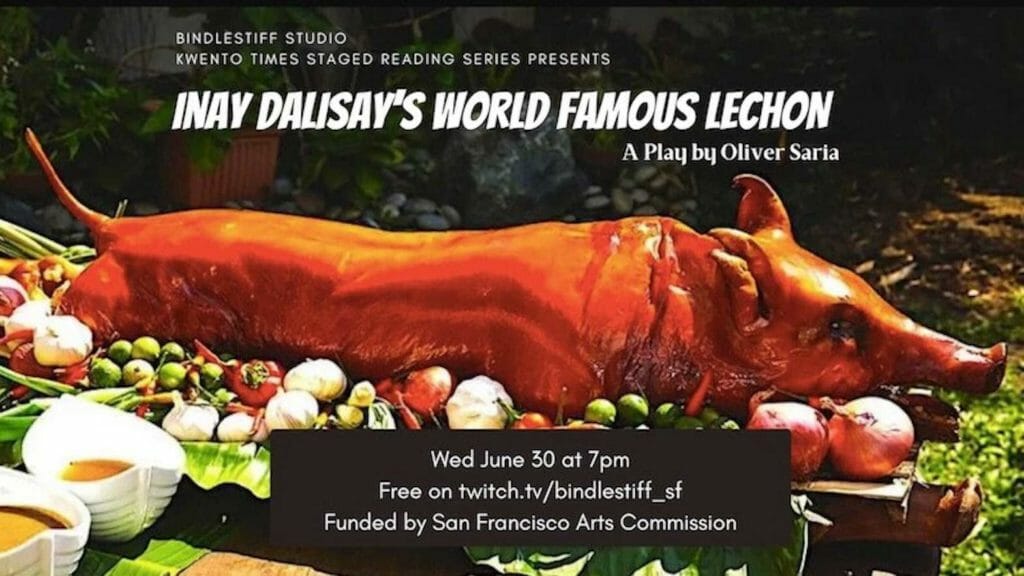 Inay arrives at a time when Filipino food is gaining long-overdue attention in the American food landscape. While the play celebrates Philippine food ways, customs and traditions, it also addresses the hard-hitting reality that Filipino Americans have some of the worst health metrics of any ethnic group in the country, with some of the highest rates of diabetes hypertension, and heart disease. According to several studies:

Inspired by the untimely passing of several dear friends and his own health struggles, playwright Saria proffers possibilities on how to cook more healthfully without losing culinary or cultural flavor.

Saria wrote the play as his central project for his Individual Artist Commission from the San Francisco Arts Commission (2020). As a freelance journalist, he has profiled celebrity chefs like Roy Choi and Kristen Kish. As an artist/performer, he has been deeply involved with Bindlestiff Studio since the late-‘90s and has served as Managing Director since 2015.

Aureen B Almario currently serves as Bindlestiff’s artistic director. She is a part-time Asian American Studies professor at SFSU and Laney College, as well as a freelance teaching artist for K-12 schools. From 2015 to 2018, she toured in the international production of Feathers of Fire: A Persian Epic by Hamid Rahmanian, in collaboration with Shadowlight Productions. Aureen was named a YBCA 100 Honoree in 2020 and in February 2020 she co-directed Shadows for Carlos Villa with Larry Reed. She is a two time recipient of the SFAC Individual Artist Commission, and co-founder of Granny Cart Gangstas, an all-Asian American women sketch comedy troupe.

Tickets on sale May 2nd at www.bindlestiffstudio.org/inay-dalisay