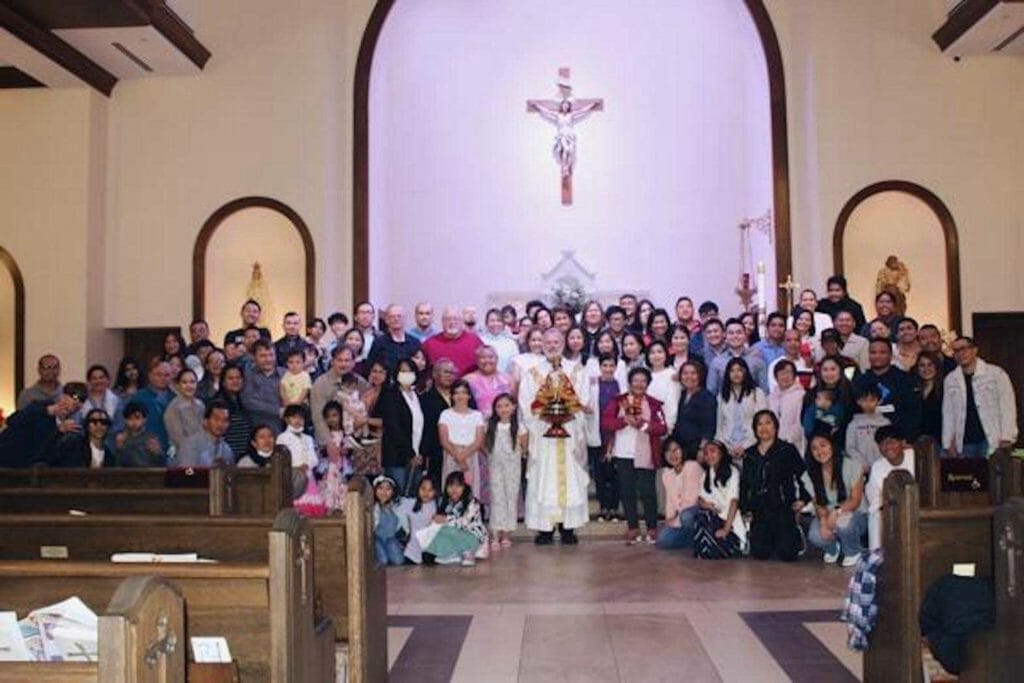 Filipino parishioners of Blessed Sacrament Church in Jonesboro in a group photo on Easter Sunday, April 17. The church holds a Filipino Mass every third Sunday of the month thanks to pastor Msgr. Scott Friend, who has been learning to speak the language. ARKANSAS CATHOLIC

At the Blessed Sacrament Church in Northeast Arkansas, every third Sunday of the month is like a Filipino homecoming, thanks to pastor Msgr. Scott Friend who has been learning to speak Tagalog/Filipino.

A 3 p.m. once-a-month Filipino mass is held with prayers, music and Scripture in Filipino.

On Easter Sunday, Msgr. Friend blessed a statue of the Santo Niño (Child Jesus). Brought back from the Philippines by a parishioner, it’s now displayed near the altar. It will be used in next year’s Sinulog-Santo Niño Festival, the third Sunday in January. 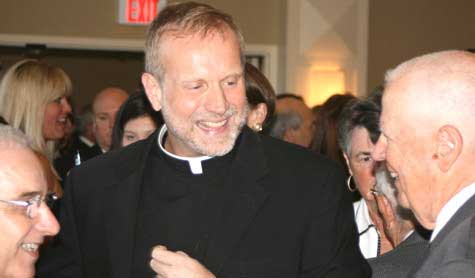 Msgr. Scott Friend, who has been learning to speak Tagalog/Filipino, has earned the support of Filipino parishioners in Northeast Arkansas. ARKANSAS CATHOLIC

Friend arrived in Jonesboro in 2021, after serving 16 years as the Diocese of Little Rock vocations director. He worked with Filipino seminarians and attended some Filipino Masses at the Cathedral of St. Andrew in Little Rock, which made him aware of the presence of Filipinos.

At Blessed Sacrament Church, he came to know a few dedicated Filipino parishioners and learned there were about 300 Filipinos in the area. He asked some Catholic community leaders, including Dr. Arlene Adviento-Borbe, if they’d like to have a Mass celebrated in Filipino. “All of us jumped in,” she said. “”Praying in Filipino stirs a different spirituality,” she told the Arkansas Catholic.

Friend hopes that his small gesture will help the parish bring in more Filipinos from surrounding cities.

“By trying to learn the language, it’s saying, ‘You matter to me. I see that you are there.’ Those are important steps in evangelization,” he said. “It’s important; it’s what the pope’s calling us to step out of our bounds and go reach out to people on the margins.”

View comments
TAGS: Filipino Catholics, Filipinos in the US