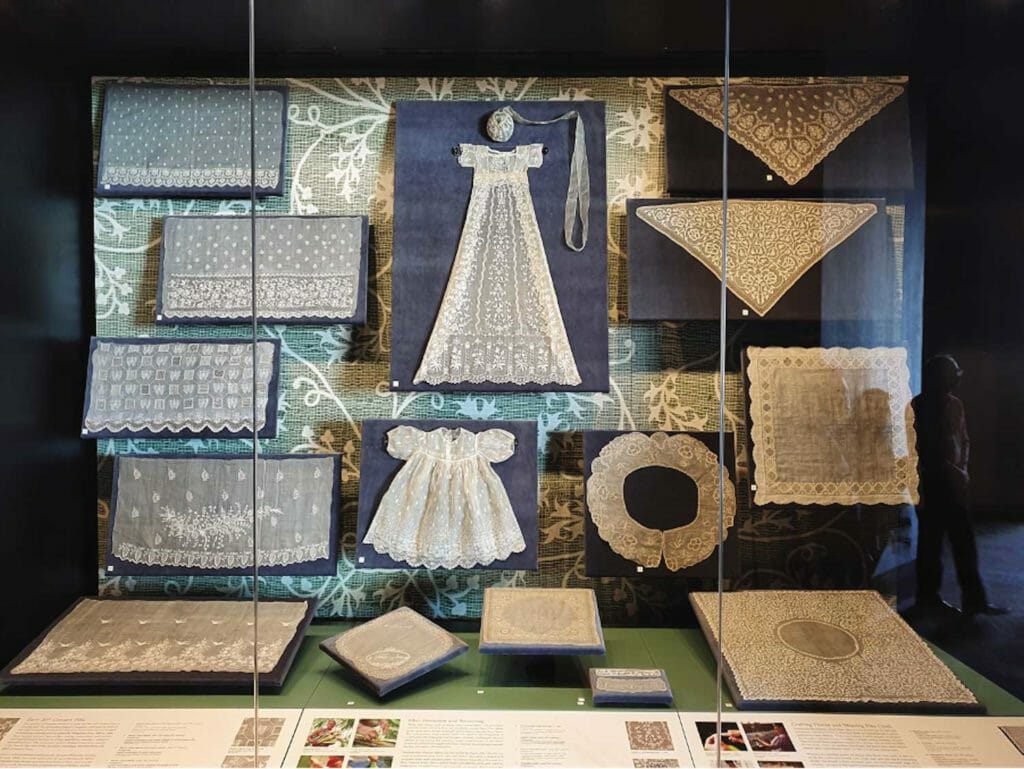 “From Pineapple to Piña: A Philippine Textile Treasure” Exhibition at the San Francisco International Airport’s SFO Museum, features some of the finest Philippine piña collections in the United States – including a selection of 19th century piña from the Lacis Museum of Lace and Textiles, and the modern piña collection of U.S.-based Filipino fashion designer Anthony Cruz Legarda. (Photo: San Francisco PCG)

The “Pineapple to Piña” exhibit at the San Francisco International Airport Museum – Harvey Milk Terminal 1 features some of the finest collections of Philippine piña haute couture found in the United States.

Unique to the Philippines, the piña is an extraordinary textile made by weaving the fibers of the leaves of the Red Spanish Pineapple plant. This light, airy fabric is perfectly suitable to the Philippines’ hot tropical climate. During the Spanish colonial era, Philippine-made piña textiles were coveted in Europe and considered worthy gifts to give to royalty.

The piña exhibit is only the second exhibition to be staged at the recently opened section of the SFO Museum. It includes a selection of 19th century, Spanish colonial-era piña from the Lacis Museum of Lace and Textiles in Berkeley, California, and the modern piña collection of U.S.-based Filipino fashion designer Anthony Cruz Legarda.

The exhibit is made possible by the generous loan from Lacis Museum of Lace and Textiles, Jules Kliot, Storrie Johnson, Anthony Cruz Legarda, the Philippine Textile Council, and The Hinabi Project.

It will run until November 13 at post-security in the Departures Area (Level 2) of San Francisco International Airport’s Harvey Milk Terminal 1. (Additional information on the exhibition is available on the SFO Museum’s official website: www.sfomuseum.org)

The Harvey Milk Terminal 1 of the San Francisco International Airport has a daily foot traffic of more than 50,000 air passengers, mostly domestic travelers within the U.S. Prior to the COVID-19 pandemic, the airport served more than 57 million passengers per year.