Wall Street’s main indexes fell on Tuesday, with the tech-heavy Nasdaq leading the slump, as a weak earnings forecast from Snapchat-owner Snap Inc. added to nerves about an inflation-struck economy.

Snap Inc plummeted 39.7%, dragging down several social media and internet stocks after the company slashed its second-quarter earnings forecast and said the economy had worsened faster than expected in the last month.

The stock was set for its worst single-day drop.

“Snap is a proxy for online advertising and when you see weakness there then you automatically think Facebook, Pinterest, and Google,” Dennis Dick, a trader at Bright Trading LLC in Las Vegas, said. 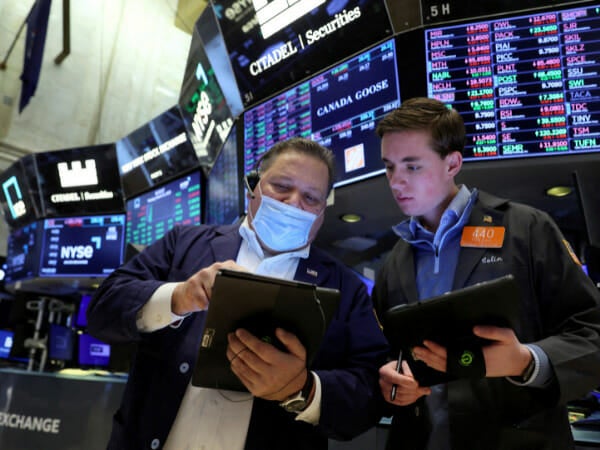 “The back half of the earnings season has seen major disappointments. Expectations are a lot lower, but these companies seem to be finding a way to even get under the lower bar.”

Nine of the 11 major S&P sectors declined in morning trade after rising broadly in the previous session. The communication services sector slid 5.2%.

Wall Street rebounded on Monday from a steep selloff last week that saw both the S&P 500 and the Nasdaq mark their longest streak of weekly declines since the dot-com bust in 2001 on mounting concerns about a recession.

Data showed U.S. business activity slowed moderately in May as higher prices cooled demand for services, while renewed supply constraints because of COVID-19 lockdowns in China and the ongoing conflict in Ukraine hampered production at factories.

“Yesterday’s rally and Friday’s action suggested that the market hit a near-term bottom, but there’s still a lot of negative sentiment … (macro worries) are a big part of this decline,” said Peter Cardillo, chief market economist at Spartan Capital Securities in New York.

U.S. Federal Reserve Chair Jerome Powell is scheduled to speak later in the day, with investors looking for fresh comments about the path of future interest rate hikes.

Markets are pricing in 50 basis point rate hikes by the Fed in June and July.

(Reporting by Devik Jain and Anisha Sircar in Bengaluru; Editing by Saumyadeb Chakrabarty and Shounak Dasgupta)