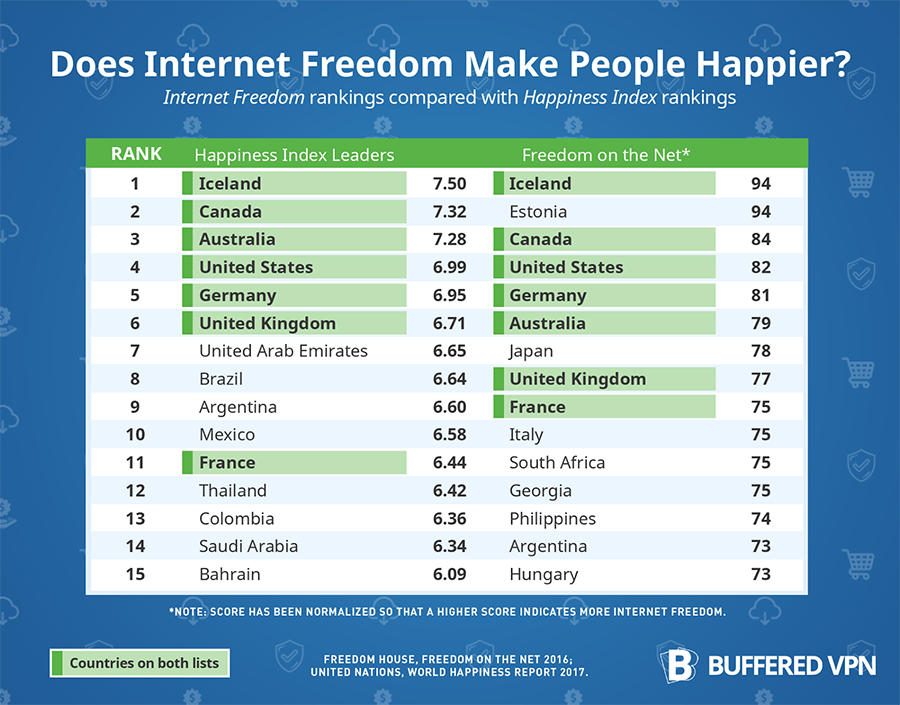 It appears that countries with high levels of internet freedom also have a high happiness score, according to research by a European virtual private network service.

Using information from the World Bank, United Nations and the 2016 Freedom House annual internet study, Buffered VPN found that 7 of the top 15 countries for happiness also rank in the top 15 for internet freedom. 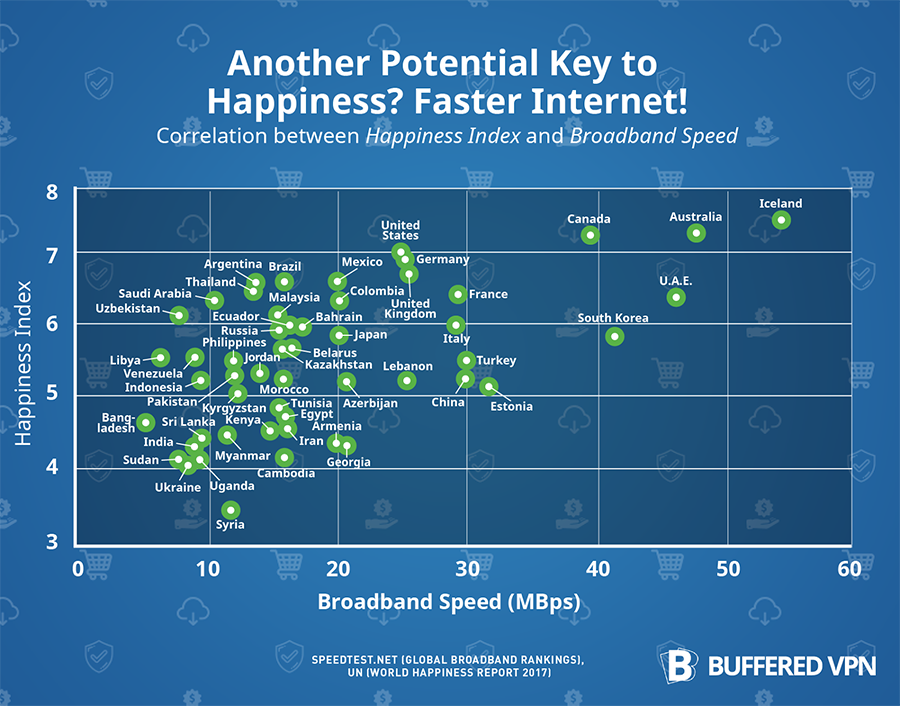 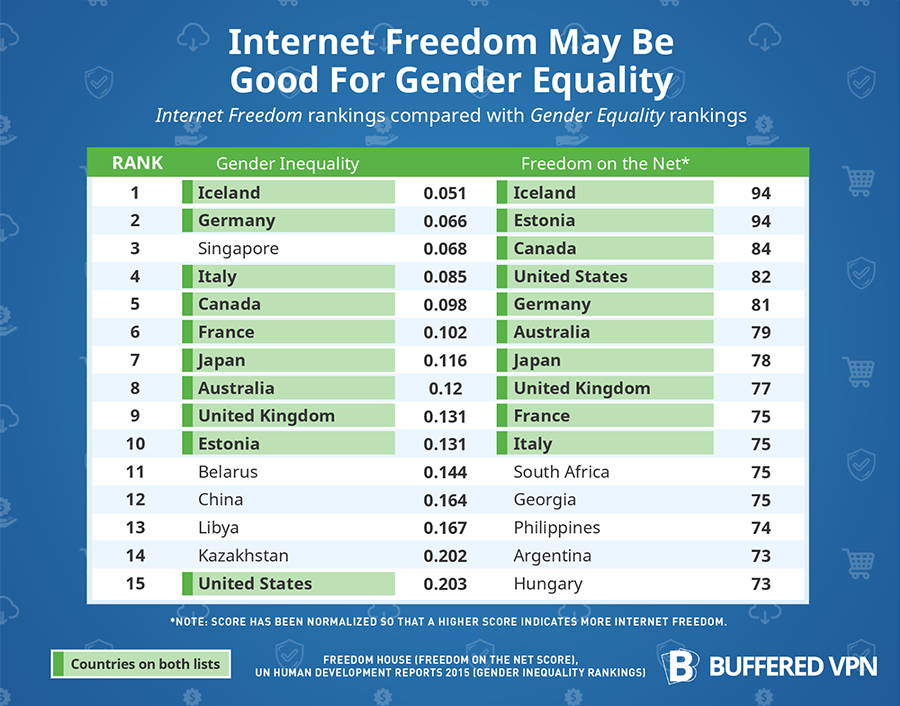 The countries with the 10 highest internet freedom scores also rank in the top 15 for gender equality. (The gender equality ranking measures the difference between genders, so a lower number is more desirable.)

Once again, utopian Iceland leads both categories. The top countries for internet freedom are highly developed. However, countries 11-15 are all emerging economies. The same is true for countries 11-14 on the gender equality score. 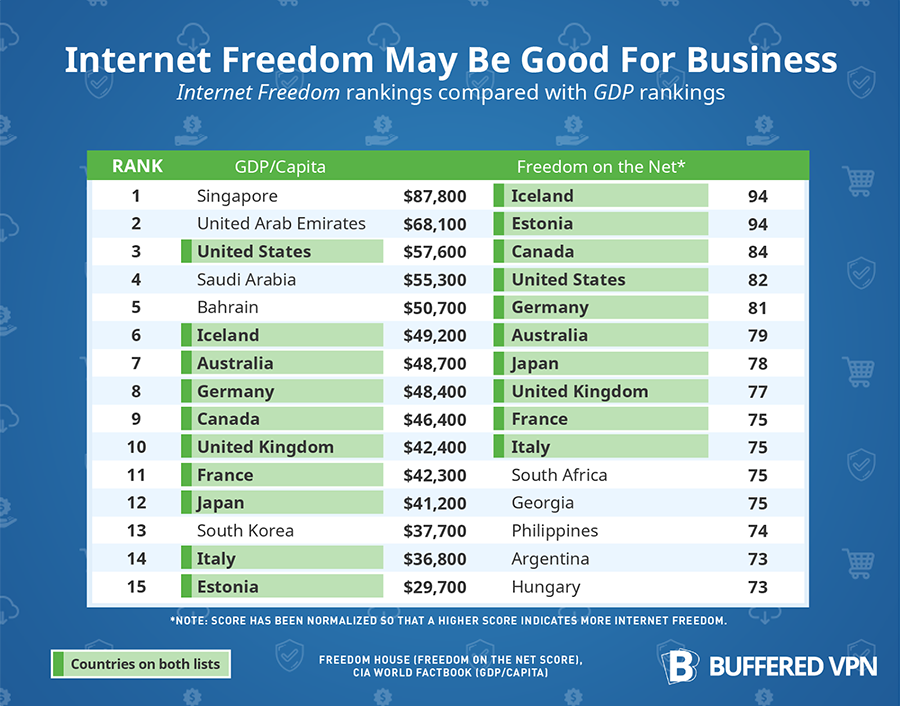