The iPod Discontinued By Apple After 20 Years | INQUIRER.net USA

The iPod Discontinued By Apple After 20 Years

Right now, you’re probably viewing this article on your smartphone. Apple made that possible with the iPhone, but it was the iPod that skyrocketed the firm into a tech giant. After two decades, the company will discontinue iPod production.

It recently announced that Apple fans may purchase the last stocks of this music player. If you’ve stuck with the fruity gadget over the years, this might be your last chance to keep a piece of history. Otherwise, this could provide insights into the company’s success.

We will start by talking about this recent move from Apple and its reason for doing so. With the iPod discontinued, we will discuss how this product continued sales for several years. Later, we will discuss whether buying an iPod Touch is a good idea or not.

The iPhone was bound to take over the iPod 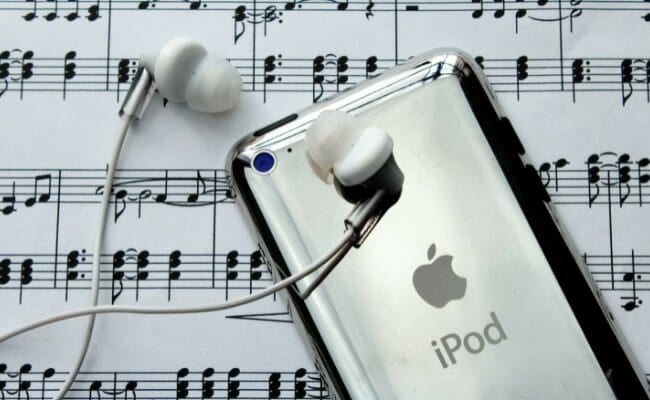 Apple announced that it would stop the production of its iPods on May 10, 2022. Its webpage opens by acknowledging how this product captivated people worldwide for two decades.

It went on to promote the latest Apple products such as the iPhone 13. By the end, the webpage concludes with a call-to-action to purchase the remaining stocks while they last.

You may purchase an iPod Touch by logging on to apple.com. Alternatively, you may head to the nearest Apple Store and Apple Authorized Reseller in your area.

Many Apple fans shared their first iPod experiences upon hearing this news. You can find so many tweets that recount fond memories with this device.

Others praised the iPod for being the most innovative gadget of his generation’s lifetimes. After all, it has revolutionized the way people collaborate and communicate.

News of the iPod getting discontinued shouldn’t come as a surprise. The iPhone has enhanced versions of its features, and it has some not found in this old gadget.

For example, the iPhone can store so much more songs than the iPod Touch. It’s a smartphone, so it’s more than just a music player. it allows phone calls and text messages.

It would make sense for consumers to choose the versatile iPhone over the music-focused iPod Touch. As time passes, fewer people would purchase the iPod.

Apple CFO Peter Oppenheimer confirmed this in a statement he made in 2009:

“We expect our traditional MP3 players to decline over time as we cannibalize ourselves with the iPod Touch and the iPhone.” In other words, Apple’s new products have the features of the iPod, so the company would eventually discontinue it.

The factor that sustained iPod sales for 20 years You can find so many people on the internet reacting to Apple ending iPod production. Read several testimonials, and you’ll notice that they have one factor in common: nostalgia.

You’ll see people reminiscing on their wonderful moments with the iPod. Others recount how the iPod stored the songs that would help them get through tough times.

You might notice them posting a device that looks nothing like the iPhone. Instead, they may post devices that have a circular dial with playback buttons.

Others have screens, but you may see some that only have the buttons. Those were the earlier versions of the iPod which include the iPod Mini, iPod Nano, and the iPod shuffle.

Former Apple executive Tony Fadell said this was intentional. He designed and built the iPod to create the best music player in the tech industry.

Fadell stated that the plan was to ease the additional features. Otherwise, potential customers may feel overwhelmed and move to competitors that offer simpler products.

That’s why it started with the simple round dial and square screen of the iPod mini. Eventually, Apple added various features until it launched the iPod Touch.

It’s the device that closely resembles the modern iPhone. Instead of a white dial and small screen, the entire front is a touchscreen. It does what the iPhone can, except make phone calls and send text messages.

Now, the iPhone is one of the most well-known smartphones in the world. With the iPod discontinued, you may purchase the remaining units today.

Read More: The Best iPads For Every Purpose

Should you buy an iPod Touch?

Apple is discontinuing the iPod after more than 20 years. The iPod Touch, the only version of the portable music player still being sold, will be available till supplies last, the company said https://t.co/NgL4mK9j5a $AAPL pic.twitter.com/Y9vkm1LRTA

If you’ve been an Apple aficionado for decades, you might not want to miss this piece of its history. You could hold one of its mobile devices that will soon disappear from store shelves.

It could stand as a piece of a bygone era, back when Apple was just a fledgling tech company. On the other hand, you might look at it as an investment.

You’ll notice that various items from the 90s are rising in value, such as Pokemon trading cards. As people grow older, they tend to seek items from their childhood.

People may feel the same about the last iPods in the future. If you happen to own one in mint condition, they might just pay a large sum of money for it.

Note that this isn’t investment advice. We cannot be sure that you can turn a profit by reselling an iPod Touch. If you want to make money, you might want to choose alternatives like remote work or stocks.

If you’ll remember, we talked about the webpage announcing Apple’s plan to discontinue iPods. It includes a promotion for its latest products, especially the iPhone 13.

It can store a larger number of songs than the iPod Touch. More importantly, it’s an iPhone! The 13 in particular has a movie-like video recording feature that lets you blur backgrounds and foregrounds.

If you’re not interested in film-making, then its camera will surely impress yet again. Apple continues to provide quality then and now!

What Makes The iPhone 13 Great?

Should You Buy An iPhone XS Now?

After 20 years, Apple will finally cease producing iPods. You may purchase the remaining units of the iPod Touch from apple.com or physical Apple Stores and Authorized Resellers.

This is your chance to grab a piece of Apple’s history of quality. Maybe you could get one for the nostalgia feels. Perhaps it could have a higher value in the future!

Note that this article does not provide investment advice. It only talks about Apple’s latest announcement. There is no guarantee that you can make a profit from reselling the iPod Touch.

Here are some answers to concerns based on my research and opinion:

Why is the iPod being discontinued?

Apple Chief Financial Officer Peter Oppenheimer said in 2009 that the company’s new products have the features of the iPod. Modern Apple gadgets can play music, making the iPod obsolete.

What is replacing the iPod?

Apple already has so many products that took the place of the iPod. Every iPhone and Apple Watch can store and play music, so there’s no need for Apple to continue selling the iPod.

What can I do with my old iPod?

If your old iPod still works, you could use it as a sort of portable hard disk. You may also use it to play music in your car. Perhaps you could find someone on the internet who is willing to buy your iPod.